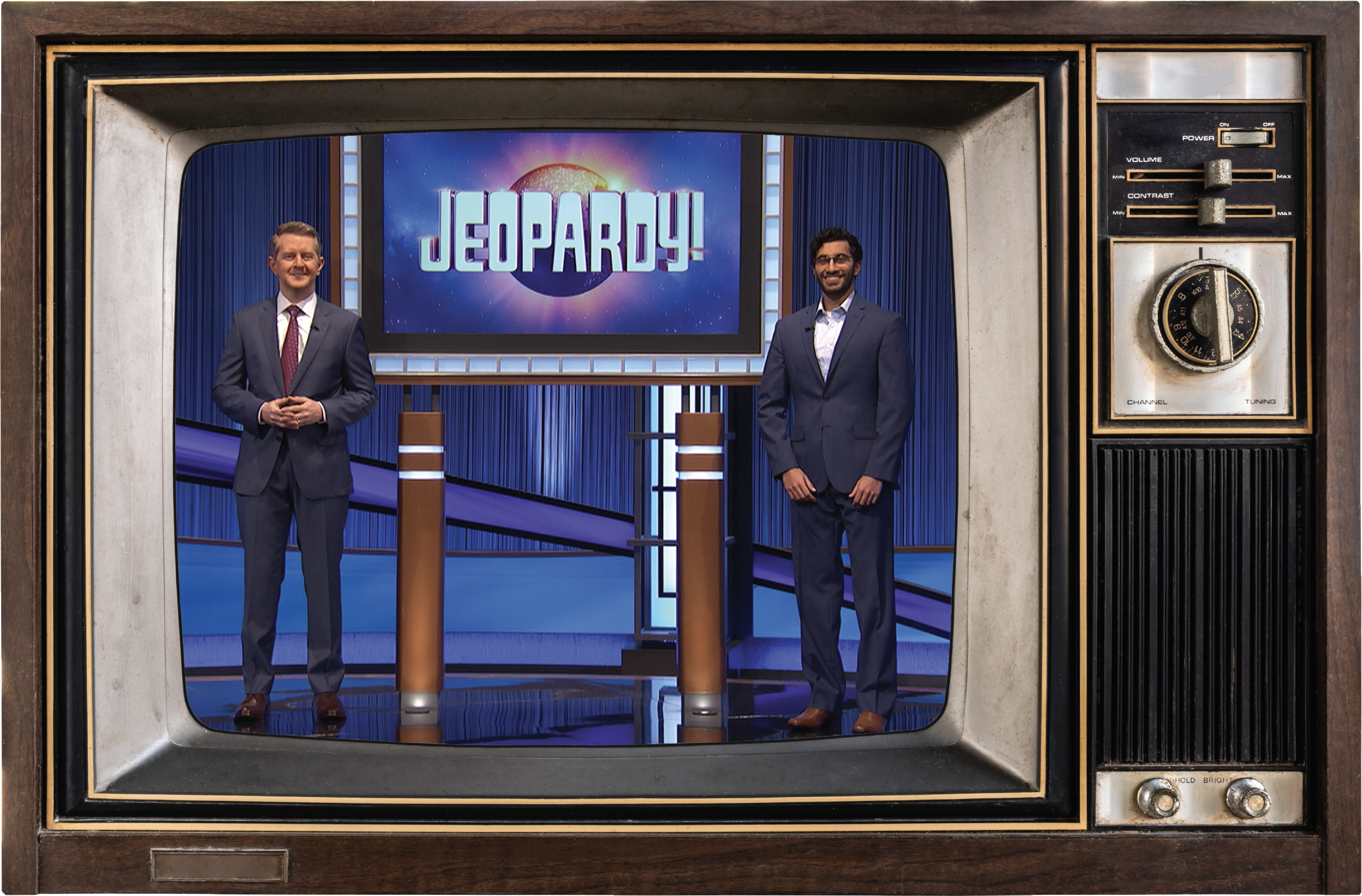 “Mihir Nene from Rochester once lived across the hall from some of the greatest sports champions of all time,” said interim “Jeopardy!” host Ken Jennings to introduce a contestant on a March episode. “Where was this?” “That’s right, I went to college at the University of Connecticut, which — as I’m sure many people know — has an excellent women’s basketball team,” Mihir Nene ’20 (ENG) replied. “And they were also my neighbors my senior year.”

“Were they good neighbors?” Jennings followed up. “Now’s the time to reveal all the dirt.”

“Oh, they were great neighbors. They worked so hard that you hardly saw them,” Nene admitted. “But those were some women I looked up to.”

Another plan of Nene’s: being on the show — ever since age 7. That year, he received a keychain listing notable people who shared his July 22 birthday, including former host Alex Trebek. Nene started watching the show then in his Fairfield, Connecticut, home, applying every year starting around age 10 for various iterations, including the now-defunct kids version and later the annual teen and college versions.

At UConn he claims, “I never missed a trivia event, whether in the Student Union or at Ted’s.”
After graduating with a major in mechanical engineering and a minor in computer science, he moved to upstate New York for an associate engineer job with utility company Avangrid. Then, shortly before Christmas last year, he received what “Jeopardy!” contestants know as The Call.

Except, in his case, it was more like The Text. A producer asked him if he had a minute to chat, to ensure the call would be answered. “This might be it,” Nene recalls thinking, “but you don’t want to get your hopes up too much. Maybe there was just an issue with my application or something.” Instead it was “the best present I could have hoped for.”

A few weeks later on Jan. 19, Nene taped his first episode on the Sony Pictures lot in Culver City, California, just outside L.A. “It was a little weird on set because there was no studio audience at that time,” due to Covid-19 precautions during the worst weeks of the Omicron variant.

“So there was a particularly great sense of camaraderie between all the contestants — even though you’re about to try and crush them.”

Wearing a navy blue suit jacket and light blue shirt with no tie, Nene successfully answered clues on topics ranging from African geography to Greek gods. Nene cites those specific clues as two of the more interesting ways he learned his correct answers: He knew the geography answer from a map on the wall of his childhood bedroom, while the Greek god answer came from the Percy Jackson children’s book series.

It would all come down to the final category: Historic Nicknames. The clue: Napoleon’s troops gave him this nickname not to mock him but for showing the courage of an infantryman in battle. Nene was the only contestant to answer correctly: the Little Corporal, which he credits to reading a biography of Bonaparte a few years prior — for fun, not for class. He bet everything save one dollar — a risky move that paid off. Flush with winnings of $24,999, he stormed into the next match with a target on his back.

Alas, Nene lost to San Diego app developer Tim McCaigue. The Final Jeopardy clue of that episode: The title of this poem comes from a 1920 book that refers to its possible “restoration to fruitfulness.” Answer: “The Waste Land” by T. S. Eliot. Didn’t know it? Don’t feel bad. All three contestants answered incorrectly, what “Jeopardy!” fans call a “triple stumper.”

Still, Nene earned a score of $6,400 and second place, which means his actual consolation prize was $2,000. (On “Jeopardy!” only the winner of each episode receives the actual dollar amount they appear to earn, while second and third place receive $2,000 and $1,000, no matter how high their apparent dollar earnings — as opposed to “Wheel of Fortune,” where all three contestants receive their apparent dollar earnings.)

Nene admits it was hard to keep the results of his show secret for the two months between taping and airing. But that made it all the more exciting to see his friends’ reactions at his watch party, held at a popular Rochester bar where he often plays Tuesday night trivia.

What does he plan to do with his $26,999 two-episode total? “I don’t really know what I’ll do with most of it!” he admits. “I was hoping to travel right after graduation, backpacking in New Zealand, but then Covid hit. So I’ll take some of the money and do that.”

The Friday of his UConn Magazine interview, Nene was asked what he would be doing that night. Not missing a beat, he replied, “Watching the women’s Final Four game, of course.”

Can you answer these questions Mihir got right on his winning “Jeopardy!” episode?

Scroll down for the answers.

1. Category: “G” as in Geography. Clue: This country is surrounded by Senegal.

2. Category: Investing. Clue: Warren Buffett says most people should simply hold a fund that tracks the S&P 500, short for this index.

3. Category: Ice cream flavors. Clue: Beginning and ending with the same letter, it’s [also] a term for someone from a big city on Italy’s west coast.

4. Category: Football and football [as in “soccer”]. Clue: This Premier League system of sending the 3 bottom-finishers to a 2nd-tier league is like sending 3 MLB teams down to AAA.

6. Category: Those darn Etruscans. Clue: A messenger and an intermediary between the gods and man, the Etruscan god, Turms, was equivalent to this Greek god.

7. Category: National historic trails. Clue: The website for this trail that traces a 19th-century Cherokee route calls it “a journey of injustice.”

8. Category: Characters named Alex. Clue: On this sitcom Ariel Winter was Alex, the smartest member of the Dunphys.

9. Category: Silent letter starters. Clue: This type of “device” helps you remember something. 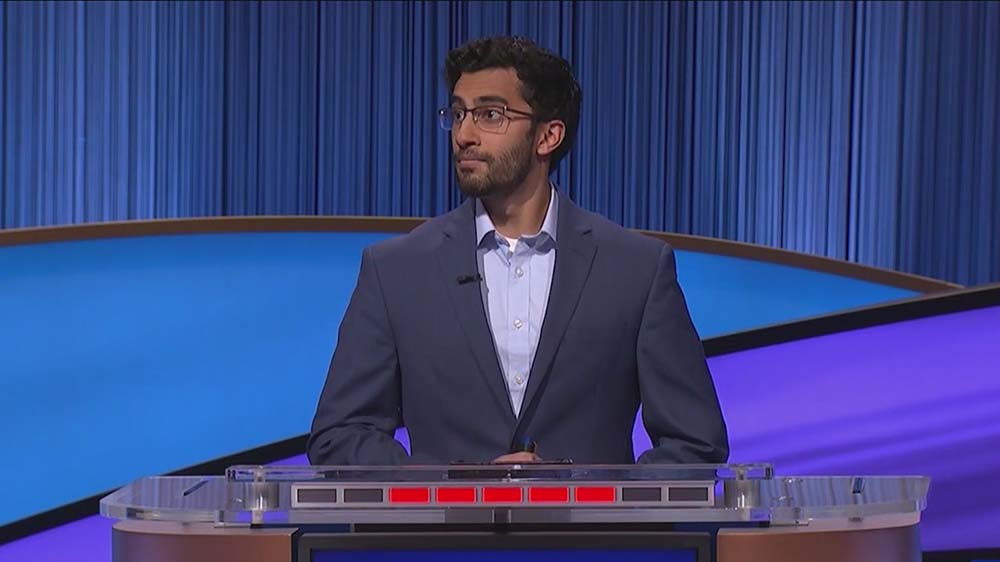