Karl L. Schultz ’92 MPA is the new
commander of the U.S. Coast Guard

Vice Admiral Karl Schultz, an East Hartford, Connecticut, native, was appointed the 26th Commandant of the U.S. Coast Guard on June 1. He had been the commander of the Coast Guard Atlantic Area. Schultz is a recipient of numerous prestigious awards, including the Defense Superior Service Medal, four Legions of Merit, and four Meritorious Service Medals. He led the Coast Guard in its efforts to help in the aftermath of Hurricanes Maria, Irma, and Harvey. 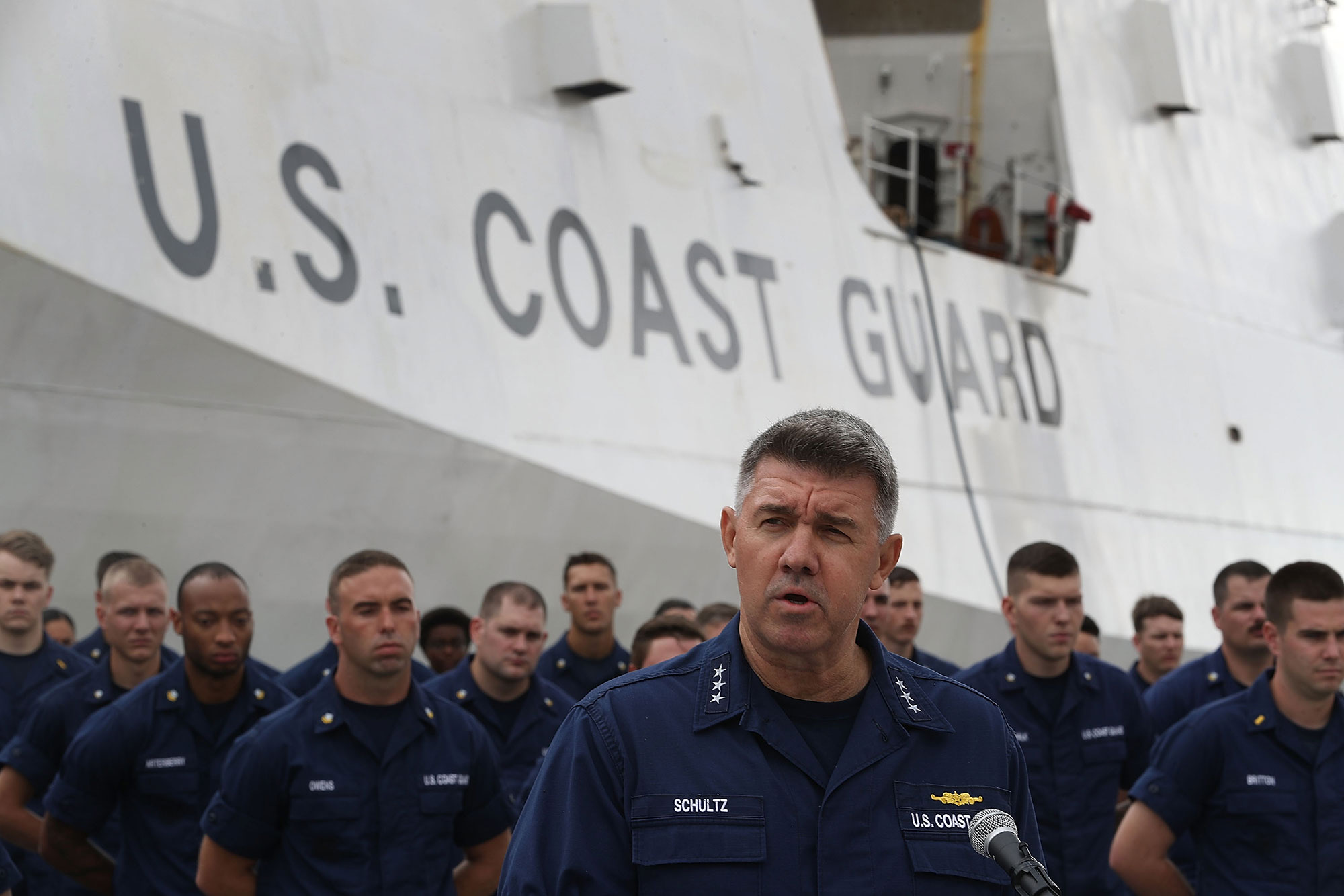