That’s how UConn alum and “The Voice” contestant Drew Cole ’14 (CLAS) sums up his experience on the Emmy Award–winning reality-competition program.

“For the blind auditions, we’re sequestered in a hotel for a month perfecting a song. You know that you’re going to get in front of these celebrity coaches,” says Cole. “It’s especially important to put everything you have into that.”

That’s what Cole did, walking onstage with his signature guitar and hat and singing “Sex and Candy” by Marcy Playground for coaches Blake Shelton, Adam Levine, Alicia Keys, and Kelly Clarkson.

“What was fun about that song [was its] on-the-nose message,” recalls Cole. Coincidentally, Adam’s chair turned just as Cole was singing “Who’s that lounging in my chair, casting devious stares in my direction.” Then, at the end of the song, there’s the lyric “This surely is my dream, mama, this is my dream.”

“To be there and be successful,” says Cole, “it was a dream.”

Cole also turned Blake’s chair but ultimately decided to join Adam’s team, beginning an unforgettable journey that ended just shy of the top twelve and, he says, has opened doors for him. “It’s been damn cool. ‘The Voice’ helped set me apart and put me on a pedestal during my time on the show.”

Cole was an economics major at UConn but was “always taking music courses,” he says. His brand arguably got its start sophomore year when he posted a video of himself playing for his best friend Richie Hume’s golden retriever Bailey. It got more than 14 million hits. And despite the fact that Bailey steals that particular show, it got the attention of people in the industry.

“I got hit up by a music producer in Los Angeles, Jimmy McGorman, who said ‘If you get yourself out here we’ll record some songs,’” says Cole. “L.A. inspired me so much musically. For the first time, I thought I wanted to play music for the rest of my life.”

After graduation in 2014, he packed up his car and went back to California. He auditioned for “The Voice” twice before making it to the blind auditions. 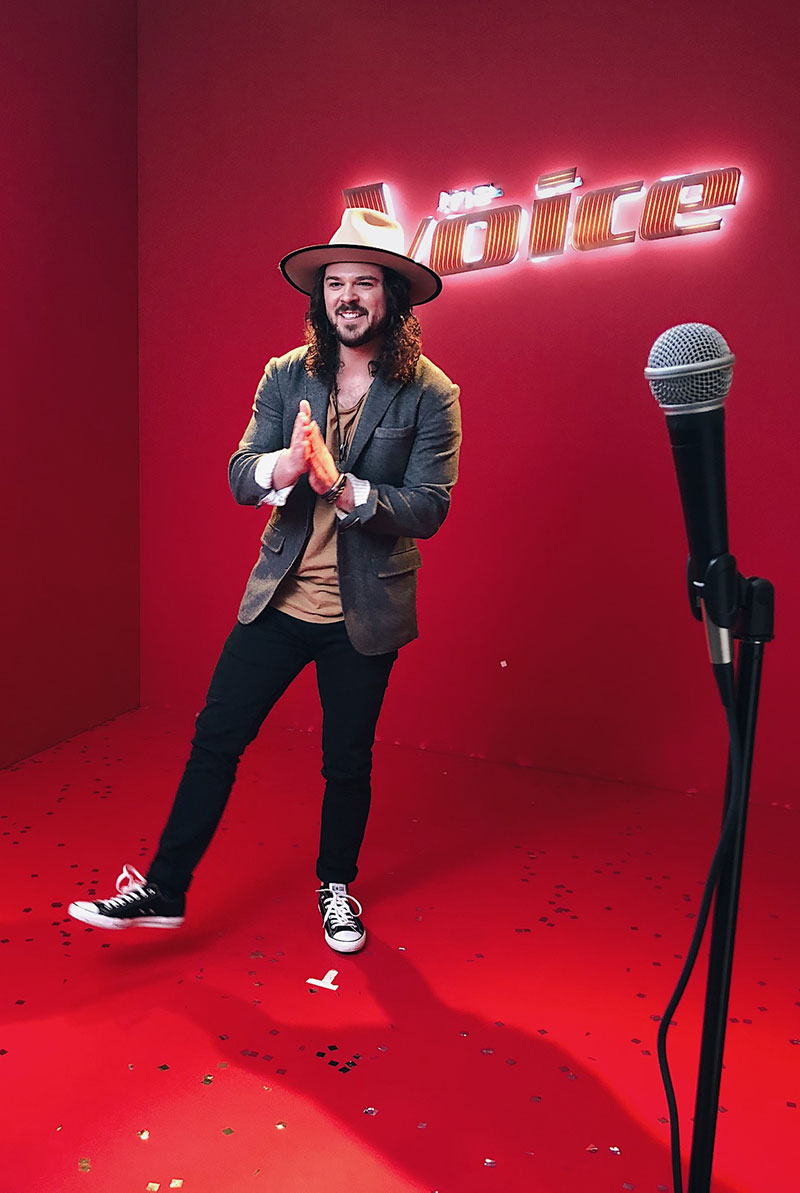 For more on Drew Cole and other alums, visit UConnAlumni.com