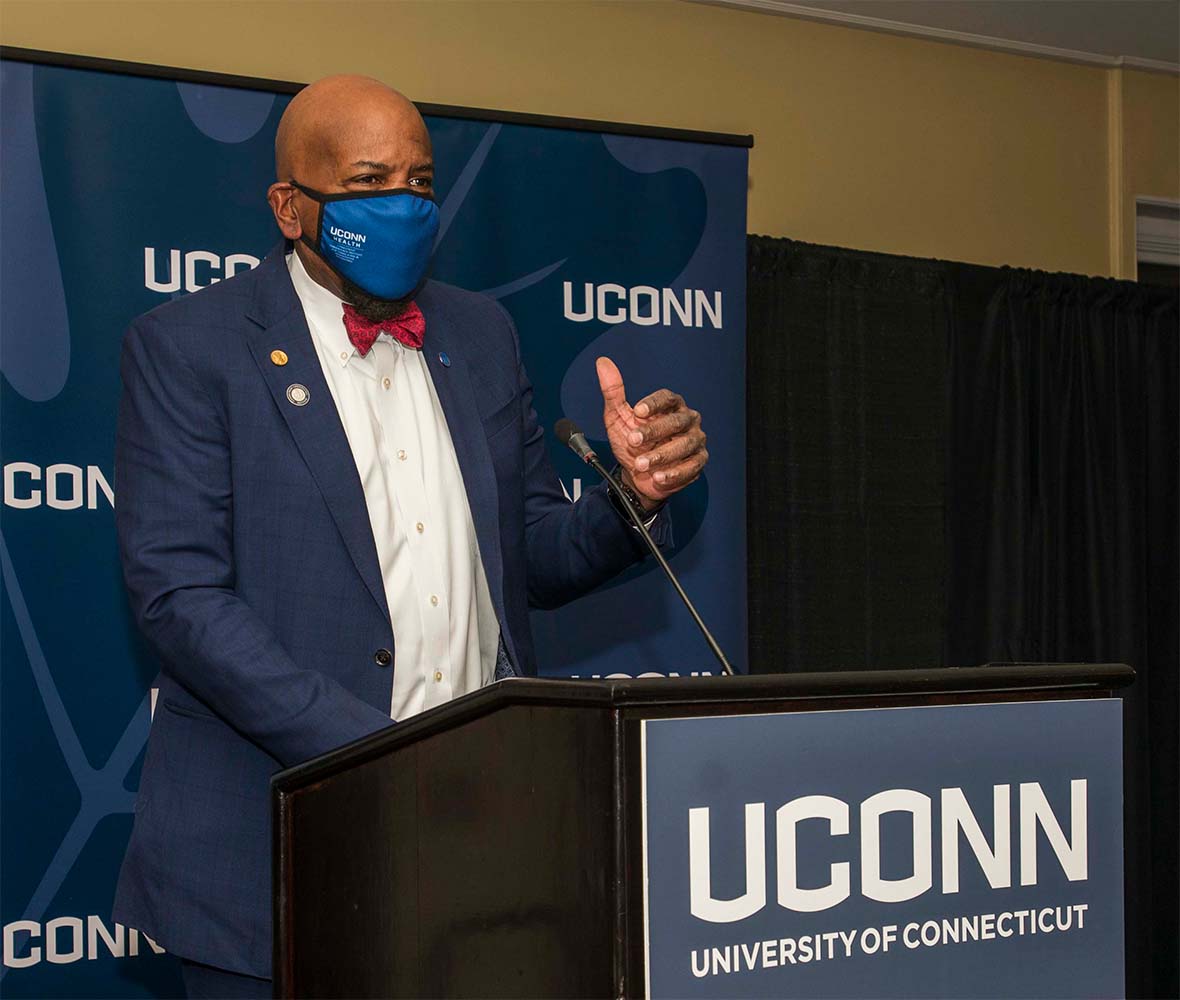 University Professor Dr. Cato T. Laurencin was awarded the 106th annual Spingarn Medal, the highest honor of the National Association for the Advancement of Colored People (NAACP). Bestowed upon such American greats as Martin Luther King Jr. and Maya Angelou, it honors “the man or woman of African descent and American citizenship who shall have made the highest achievement during the preceding year or years in any honorable field.” It hopes to draw attention to African American achievement and inspire young African Americans. Accepting the honor (above), Laurencin said, “This list of those who have won the Spingarn Medal is incredible. I am honored to be in such awesome company." He is the first engineer to receive the honor, the fourth physician, and the fifth scientist. He thanked his father, a union carpenter, and his mother, a doctor and trailblazer in medicine and science, for teaching him Black excellence and Black resilience.

For more about this honor, please visit