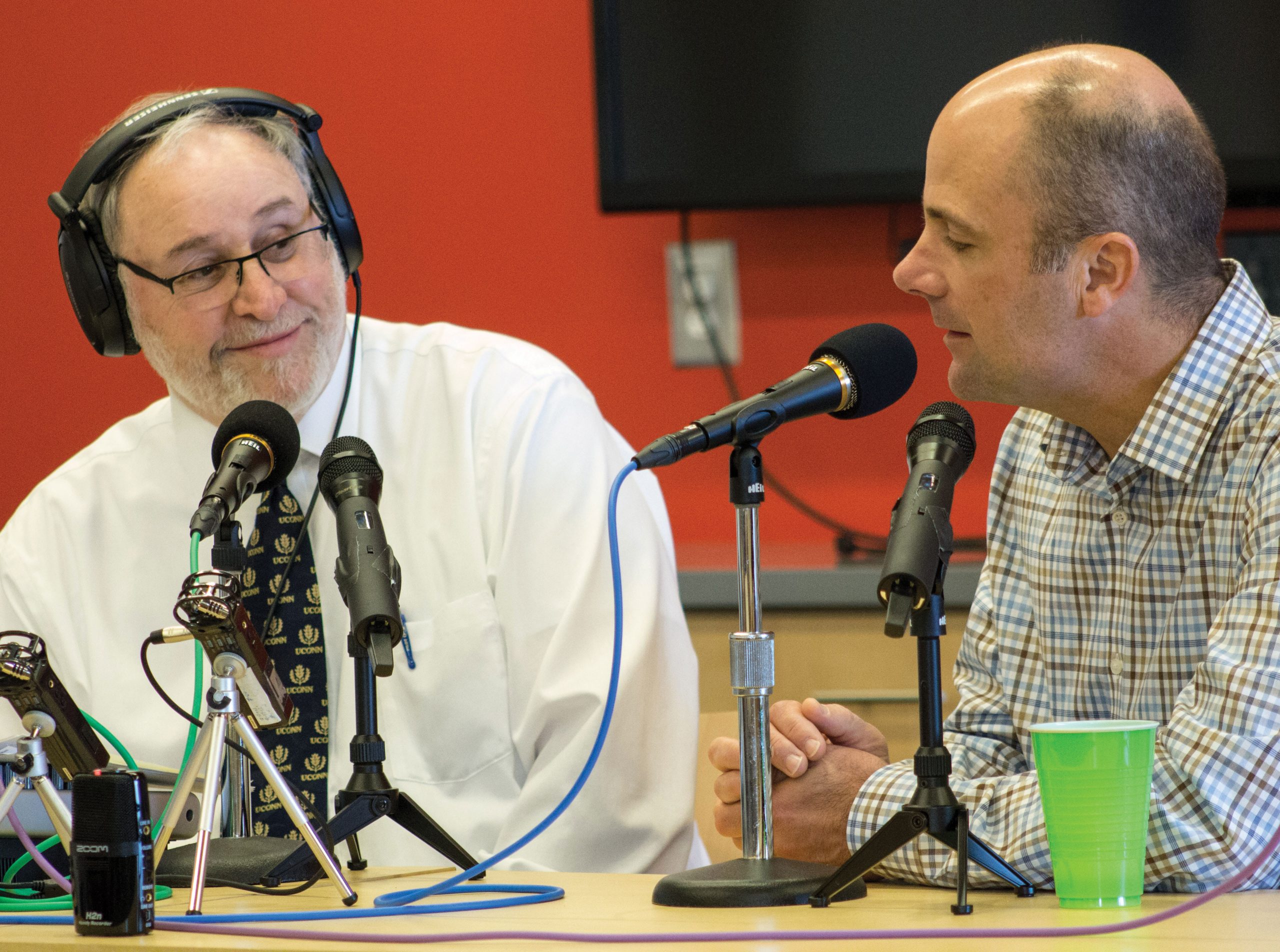 In his role as co-host and co-founder of the UConn 360 podcast, Ken Best spoke with UConn Baseball coach Jim Penders ’94 (CLAS), ’98 MA for a live Homecoming event done in conjunction with a story Best had just written for this magazine. It’s relatively easy for Best to come up with a list of the stories he wrote for this current incarnation of UConn Magazine that are likely to resonate most with readers. “The Quiet Genius of Coach Penders” feature for our Summer 2017 issue is on that list, as is “Keys to the Kingdom,” Spring 2018, for which Best toured the Steinway & Sons piano factory in Queens, New York.

It’s a bit more challenging for Best to recall which of his bylined stories might be most memorable to readers of this magazine during 2002–2012, when he was the magazine’s editor. The Spring 2012 cover story, “Geno Goes for Gold in London,” springs to mind. “I think fans of women’s basketball would remember when Geno became the National Coach. That was a big deal,” he says. And there’s Summer 2004’s “Tracking the Red and Blue States: Politics in the 21st Century,” for which Best spent two days with Stuart Rothenberg ’78 Ph.D., one of Washington D.C.’s most influential political analysts. “We have this national figure who’s an alum, and he always refers back to his professors and has Husky championship posters in his office. I watched him give a speech — he’s like a stand-up comedian but he’s the smartest guy in the room,” says Best, who interviewed the likes of Judy Woodruff and Andy Cook for the piece. Remembering the stories he wrote while editor of the magazine is more challenging for Best because writing was the side gig while he focused on the big picture. “I was putting the thing together and making sure the trains ran on time,” he recalls, “doing that incredibly complex job of trying to put together a magazine that will have something for everyone and is well written and illustrated, with minimal resources, that will make readers think, ‘It’s neat that my university is doing that.’ If you can get that three times a year you’ve done your job.”

Best retired from University Communications this summer. It’s hard to say which Ken Best you and I will miss most, the one who wrote features like those mentioned above or the former magazine editor and ally who daily shared tips and trade secrets. I wish them both sunshine and below par in retired life.