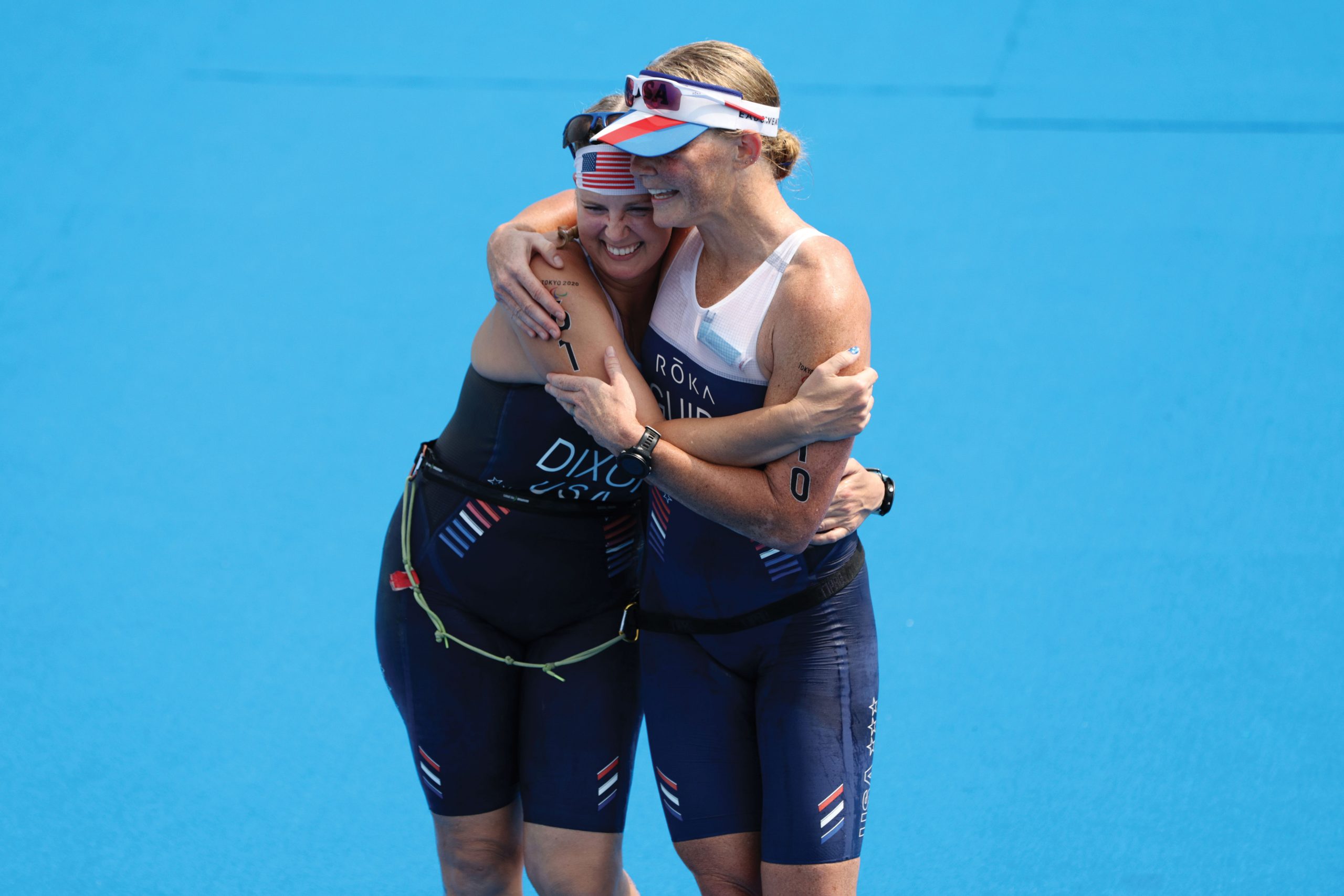 Dixon, left, with her guide Kirsten Sass after crossing the finish line.

Amy Dixon has always been a competitor. She started to ride in equestrian events at age five and was swimming in meets at six. She’s played soccer and was an “all-around sports geek” in high school. The former UConn student began to lose vision due to a rare autoimmune disease while in college and is now 98% blind.

Despite a significant health setback during her training period, she took on the ultimate competition this summer as a member of Team USA in Tokyo. At age 45, she made her Paralympic debut and finished 12th with guide Kirsten Sass.

The paratriathlon combines a 750-meter open water swim, a 20-kilomoter bicycle race, and a 5-kilometer road race. Dixon has competed at six World Championships since 2014, placing as high as fifth, and has medaled at nine World Paratriathlon Events, including earning a silver in February 2020.

“It feels amazing,” Dixon says of her Paralympic journey. “I was fighting for my life in the ICU eight months ago, and here I am on the start line of the biggest race in the world. I’m just so honored to represent my country and to be able to start this race and finish it well with a smile on my face. I’m proud of our effort and, really, we had fun out there. There were so many USA cheers! We felt like celebrities the whole time. There were more cheers for us than I’ve ever heard. It was so uplifting and so wonderful to be a part of.”