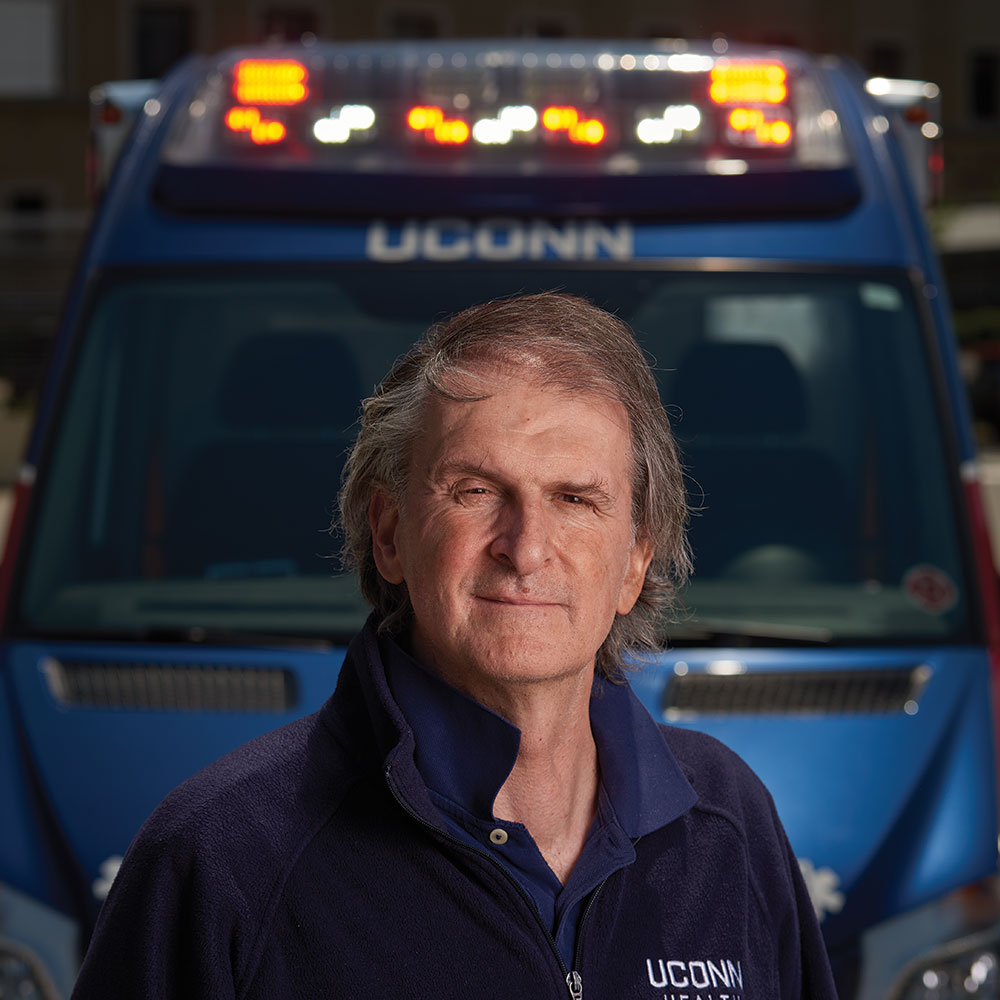 "I think most of us who read this book will get better at our jobs and be happier doing them," stated the review in "EMS World" of UConn Health EMS coordinator Peter Canning's latest book, "Killing Season."

UConn Health EMS coordinator Peter Canning brings a unique perspective to emergency care. When not overseeing pre-hospital services for the expansive system, he serves as a paramedic himself with 25 years of experience in Hartford. “Sometimes I’ll read a report and wonder why a paramedic did something a certain way. And then I’ll be out there the next week and it’s like, ‘Okay, now I know.’ It’s a different level of understanding.” One other hat he wears is author. A graduate of the prestigious University of Iowa Writer’s Workshop and a former speechwriter for U.S. Senator and Connecticut Governor Lowell Weicker, Canning is the author of five books, most recently “Killing Season” from Johns Hopkins University Press. Named an Amazon Editors’ Pick for nonfiction, it takes readers on a ride-along through the street-level devastation of America’s opioid epidemic.

How has the Covid pandemic affected your work? I didn’t realize how stressed I had been until I got vaccinated. One hard part in the beginning was that we didn’t have very many masks. We went out on calls and asked patients three questions: Do you have a fever? Do you have a cough? Have you recently visited China? And if they said no, we didn’t use a mask. Then we’d arrive in the ER and everybody’s in space suits.

Many people barely left home for groceries. But EMS had to be out in the streets in constant close contact with patients. It got a lot better once we had more equipment. But I’m 6'8" and putting on the full body suits was like the Incredible Hulk. One arm would rip off, the other would tear away. But the PPE works. It has protected us. And being vaccinated is even better.

Meanwhile, a second epidemic continues to rage. In “Killing Season” you write about how your view of opioid users has shifted over your time on the job. When I started as a paramedic in 1995, we would see a certain number of heroin overdoses. I couldn’t understand how somebody could put into their body something that could kill them. Then the number of overdoses began to visibly increase, and I started asking people what was going on. Why are you doing this? The stories they told me were extremely similar: I was injured in a car accident; I tore my shoulder playing football and the doctor gave me oxycodone; skateboard injury; fell off a ladder. Just over and over.

One of the stories you tell involves a high school cheerleader. I got called one day to a motor vehicle accident and found a car up against a pole. A young woman was slumped over the steering column, but you could see that it hadn’t been a high-speed collision. Then I spotted heroin paraphernalia in the front seat. I was able to reverse the overdose with naloxone [Narcan], and she came around. I asked her how she started using. She said, “I broke my back cheerleading.” And I remembered being there. I had taken the emergency call the day her squad dropped her. She ended up on heavy-duty opioids. After a while, her doctor cut her off, and she started buying prescription pills from a classmate. Then the same guy offered to sell her heroin, which is basically the same thing only much cheaper. “I used to be a normal girl,” she told me. It wakes you up. I started learning as much as I could. I learned about how drug companies marketed this stuff. I learned about the science of addiction, how some people are more susceptible than others. 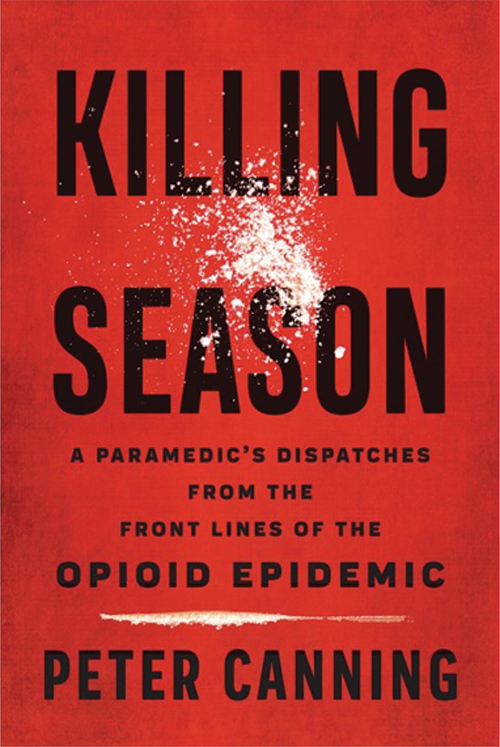 Susceptible in what way? If you love pizza and you eat a nice slice, it’s like a firework of pleasure goes off in your brain. What happens for some people when they take opioids, rather than one firework it’s the Fourth of July. The brain is hijacked into thinking you need opioids to survive. In time it is rewired. You can take somebody who’s severely addicted and do a brain scan, and you can see the damage. That’s why people shoot up in front of their kids. That’s why they steal in front of a policeman. To expect somebody whose brain is damaged in this way to act rationally is akin to expecting someone with a broken leg to run a hundred-yard dash. We need to have compassion and understand that this is a health problem not a criminal problem.

You make it clear that you believe the criminal problem lies elsewhere. If Purdue Pharma hadn’t pushed the drugs, which they knew were addictive and lied about, this army of people we have living in tents and under bridges wouldn’t be there. There was always heroin out there, but it was not like this. It came into the mainstream when pharmaceutical companies started pushing oxycodone.

What can be done? The biggest thing is just to get rid of the stigma around addiction. It does so much damage. When I worked for Lowell Weicker, he always said that the mark of a great society is not how it treats its richest members, but how it treats its most vulnerable.

Masks and vaccines are making progress against Covid. What tools are being brought to bear against the opioid crisis? Here at UConn Health we’ve developed a great program with the Connecticut Poison Control Center, where EMS now reports every overdose. We describe what happened at the scene, the drugs involved, where the patient went. This has provided a wealth of knowledge, and it wouldn’t have happened without UConn Health understanding that the opioid epidemic is a major public health crisis that needs to be addressed. I’m very grateful to the University of Connecticut.