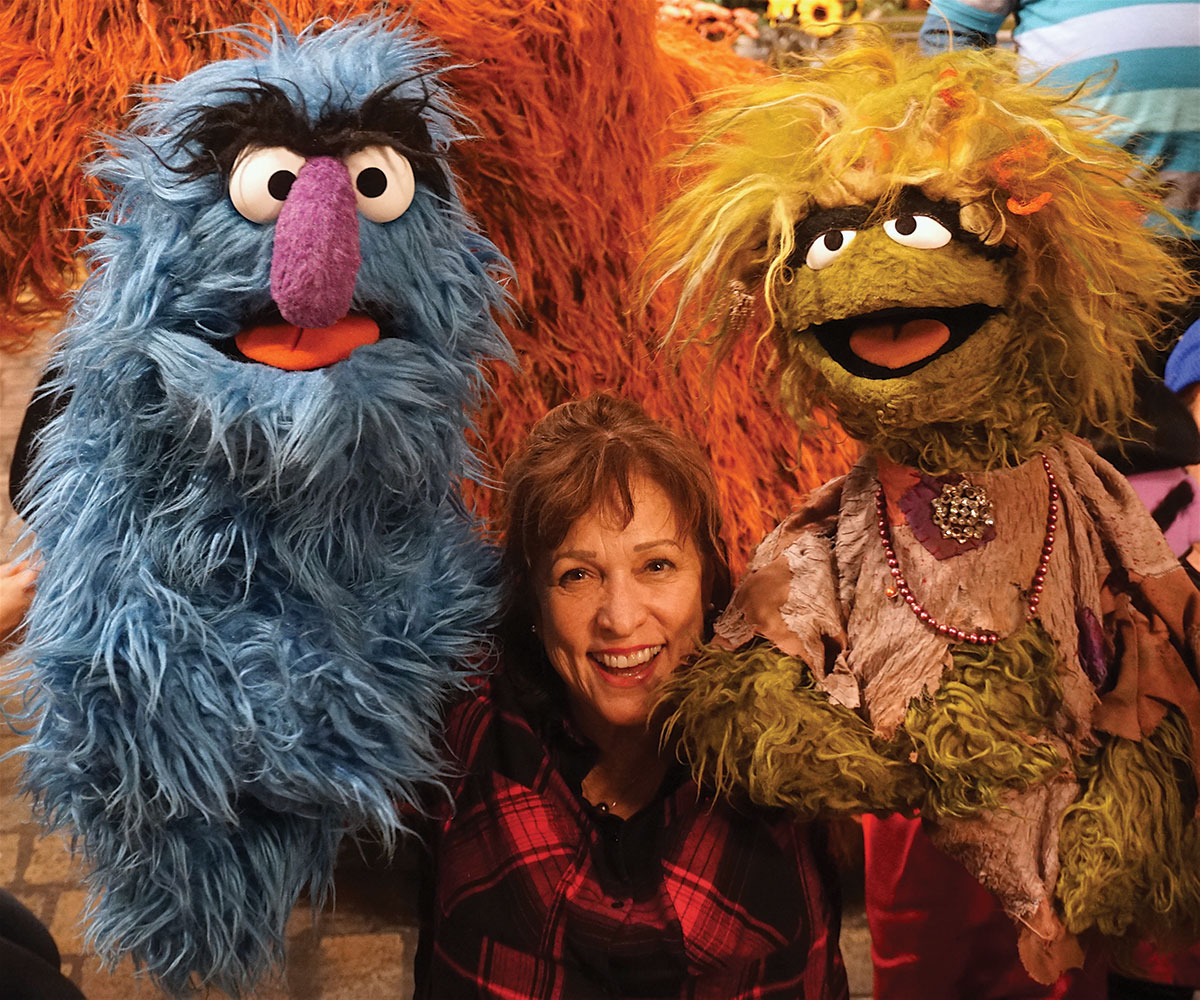 Grouch and Grundgetta have been together a long time. They fear marriage, though — it might make them happy.

When Pam Arciero auditioned to be a puppeteer on “Sesame Street,” she quickly saw it wouldn’t be a one-day audition; it would involve weekly workshops over four months. Three hundred people were part of that first workshop to fill the role of Grundgetta, Oscar the Grouch’s significant other, and each week, fewer and fewer people were asked back.

On the last day it was down to Arciero and one other person. She walked into the room and there were Jim Henson and many of the key people who created “Sesame Street.”

“It was the most intimidating room – they were the nicest people – but knowing who they were and being a young person auditioning, it was pretty scary,” says Arciero. “It was also tremendous. Jim Henson was very fun to work with, always.”

That was 38 years ago. Today Arciero is still Grundgetta. She’s also played “cats and bats, goats and birds, and any kind of animal or monster you can imagine. That variety is part of the joy of the job,” she says.

It’s a job that takes many skills. “You walk in with a skill set of being able to sing, to act, to understand movement,” she says. “Then you are constantly analyzing movement, making people believe the character is real. You have to learn the camera angles and understand how to pick something up when you have a little paw on the end of a stick. There’s a tremendous learning curve.” 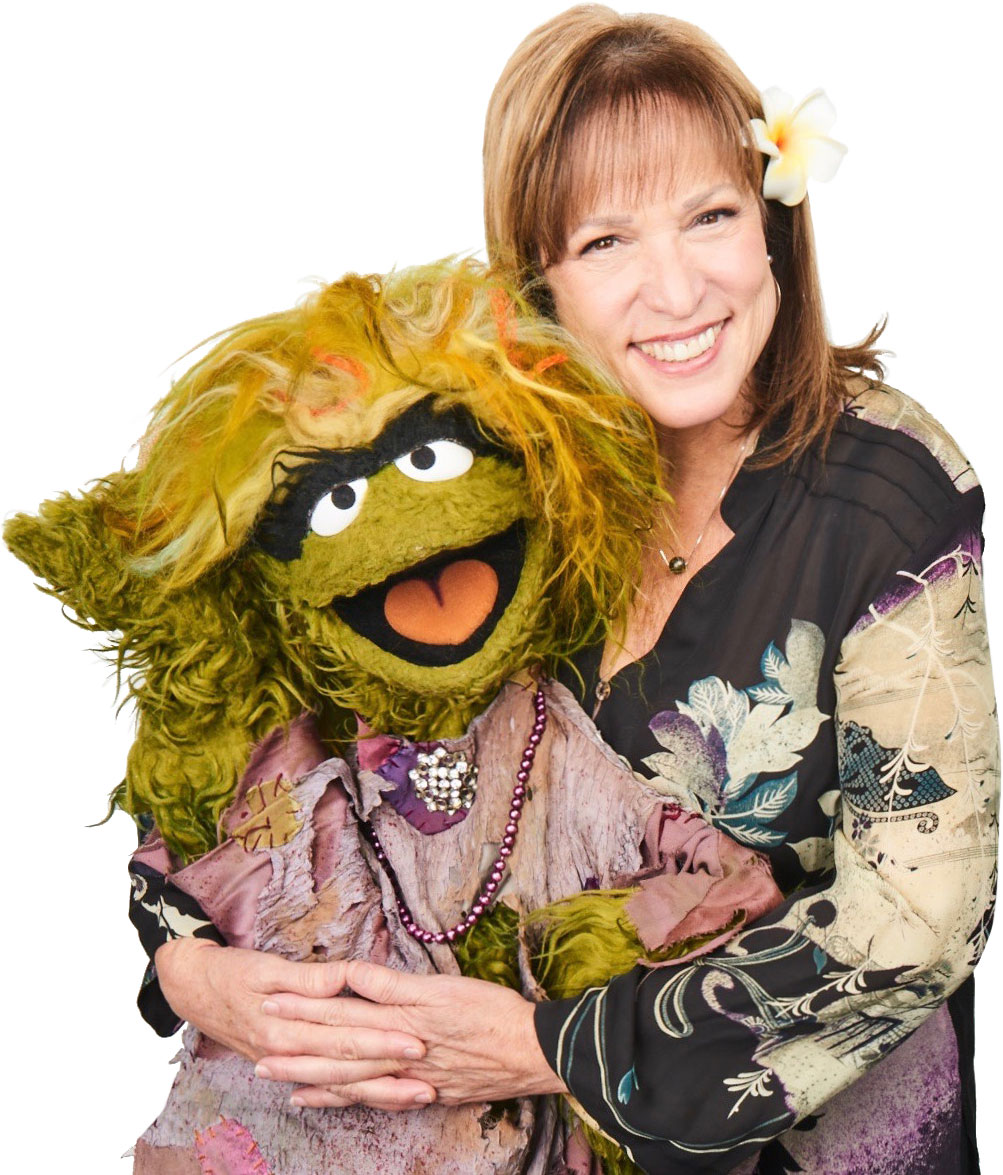 Because puppeteers are often “on the ground or sliding across the floor with your arm in the air,” sometimes for eight to 10 hours a day, she stretches and exercises daily and takes dance classes whenever she can.

For her first decade on “Sesame Street,” Arciero did 110 one-hour shows a year and when she became a mom, she took her two young sons to the set. “‘Sesame Street’ and all the shows I worked on [“Allegra’s Window,” “Between the Lions,” “Blues Clues”] were very kind to children,” she says. “I was able to have my sons be part of my working life.”

Arciero discovered puppetry when pursuing her bachelor’s in dance and drama at the University of Hawaii. Kermit Love, who designed and built muppets for “Sesame Street,” taught Introduction to Puppetry in the summer. “A bell went off and I thought `this is what I’m supposed to do,’” she says.

She pursued her master’s in puppetry at UConn, drawn to the breadth and depth of the program. “I met the best people at UConn,” she says, noting the program invited artists from around the globe to teach – “people like Albrecht Roser, the world’s best marionettist.” The same was true, she says, of her fellow students who became lifelong friends, like Bart. P. Roccoberton, Jr. who runs UConn’s puppetry program, and performers and artists who went on to long, stellar careers.

Arciero has traveled the U.S. and the world directing and choreographing live “Sesame Street” shows at theme parks; training other puppeteers, including South African puppeteers working on a reboot of “Takalani Sesame;” and teaching puppetry at universities. She is also artistic director of the Eugene O’Neill Theater’s National Puppetry Conference.

Arciero says she loves so many things about “Sesame Street,” the diversity of its puppets and human characters, the way it addresses big topics. The show recently did an outreach video on homelessness and food insecurity that emphasized that home is where your family is, home is where you love. “That was very moving,” she says. “I love my job and there have been so many lovely moments.”

One of her favorite parts of her work is the wonder that happens when children interact with “Sesame Street” characters live. “They never see us; they just see the puppet,” she says. “They don’t even realize we’re talking. It’s not like we’re not moving our mouths. That’s the magic. It’s just the character they see.”

Arciero took part in a “Sesame Street” tour for children in New Orleans after Hurricane Katrina. “I think all of us are here on the planet to make things a little better for each other and that kind of work, it’s the best.”