Success Is in the Cards

For more than a decade, Moises Rodriguez ’95 (CLAS), assistant general manager of the St. Louis Cardinals, has traveled to the Dominican Republic to find the team’s Latin American baseball stars of tomorrow. He watches teenagers play their hearts out on hardscrabble fields, digging balls out of the dirt to make the kind of put-outs that put smiles on scouts’ faces. 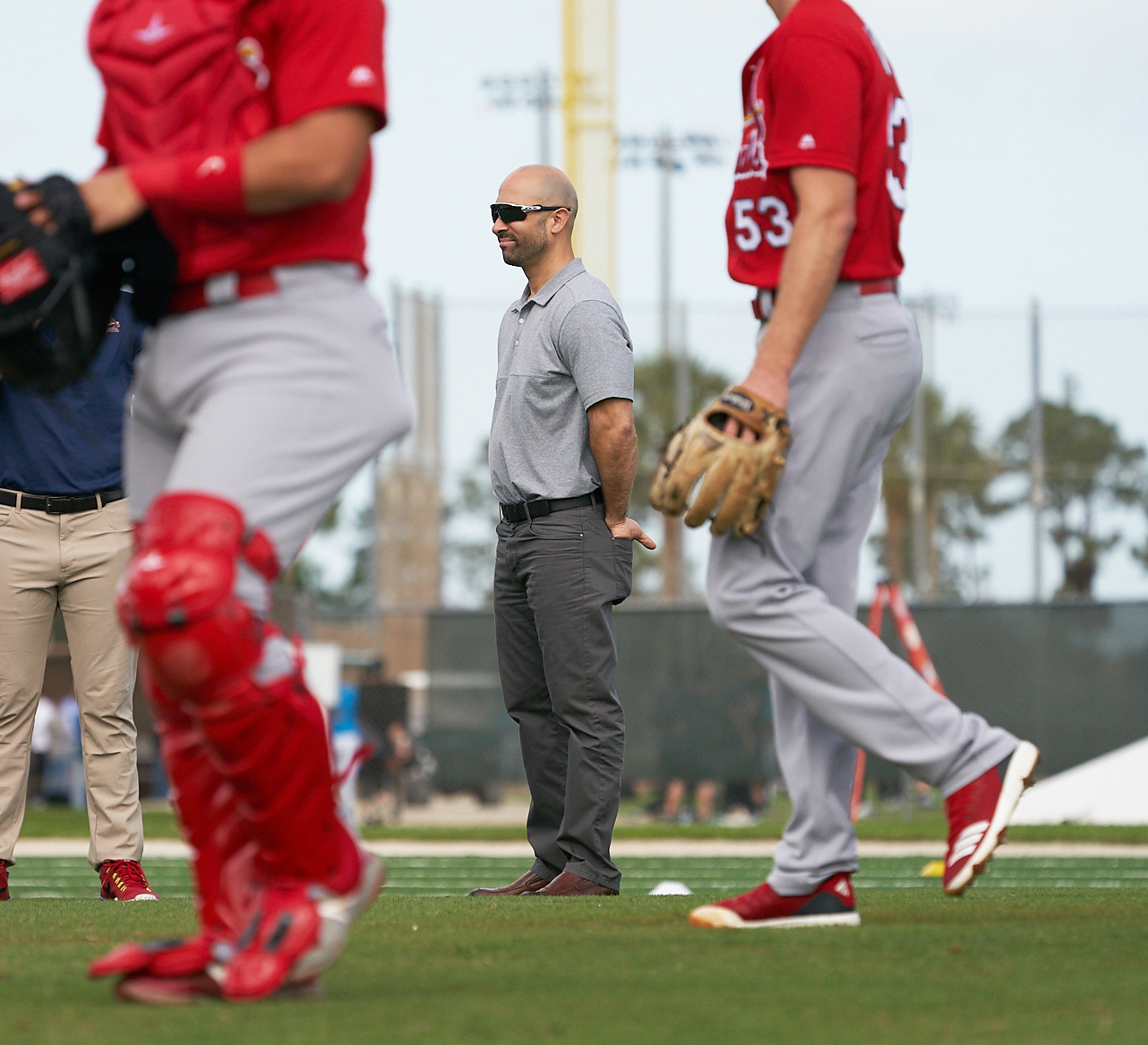 The best of the best of these youngsters are signed to contracts (in Latin America, the minimum signing age is 16) and enter a baseball academy owned by a Major League team. Here they eat, sleep, take classes to achieve the equivalent of a high school education, and learn the fundamentals of baseball. The Cardinals, just like every other Major League team, has such a facility in Central America.

Before being promoted in 2017 to his current position, where he monitors player development within the Cardinals’ minor and major league system, Rodriguez spent a decade as the organization’s director of international operations. Every three weeks, he jetted to the Dominican Republic to supervise the players at the academy.

“It was a lot of long hours, and I made a lot of sacrifices for the team, but it’s worth it,” says Rodriguez from his office in Busch Stadium. “Trying to be an influential person in the process of building a World Series championship team is what drives me.” The challenge, he says, is finding youngsters who have the right combination of athletic skills and heart.

“Heart is subjective,” he says. A player has to show desire, the ability to learn and to make adjustments on the fly. “When watching these kids, I ask myself, ‘Are they gritty? Competitive? Resilient?’ But at the end of the day, it’s how they perform. Unfortunately, not everyone we acquire turns into a prospect.”

Prospects he has developed into everyday Cardinal players include outfielder Marcell Ozuna and pitchers Carlos Martinez and Sandy Alcántara (who was recently traded to the Miami Marlins). John Mozeliak, the Cardinals’ president of business operations, says Rodriguez, who was hired in 2007, is responsible for building the team’s presence in Latin America.

“We knew that we needed to do something different for the team, so we started to build the infrastructure of a presence in the Dominican Republic,” Mozeliak says. “We turned the operation over to (Rodriguez), and he’s been able to put the St. Louis Cardinals on the map.” 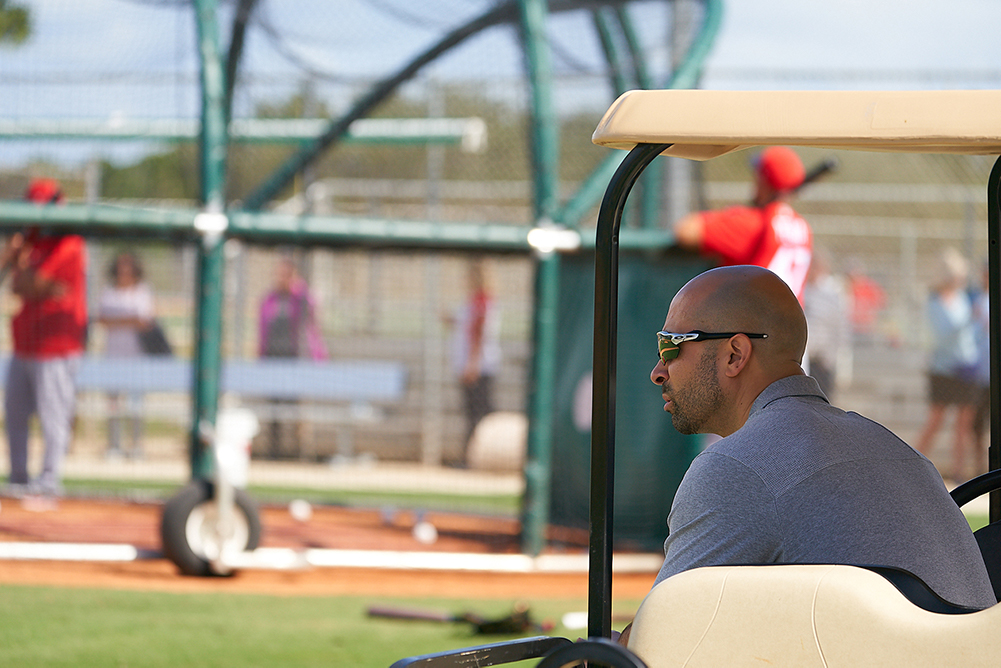 Rodriguez moved to New York City from Puerto Rico with his mother when he was 10 and grew up a passionate Yankees fan. “But I also grew up watching the Cardinals a lot,” he says with a smile. “In New York, you’re either a Yankees fan or a Mets fan, and whenever the Mets played the Cardinals, I always cheered for the Cardinals.”

Rodriguez worked in the Athletic Communications office at UConn, where he says then associate athletic communications director Tim Tolokan and Kyle Muncy, who now oversees the Office of Trademark Licensing and Branding, helped establish his career path. “Their confidence in me made me believe I could do the job,” Rodriguez says. “Kyle taught me how to be a professional.”

Today, Rodriguez supervises a department of 25 scouts and coaches, trainers, and administrative personnel based in St. Louis and the Dominican Republic. His professional philosophy is simple: Work hard, and always keep learning from the people around you. “I meet a lot of people, and observe what’s good in them and then try to gather their positive ingredients,” he says. “I’m lucky to have a lot of people who are positive in my life — especially my wife and kids. They’re what drive me. At the end of the day, I’m doing it for them.”