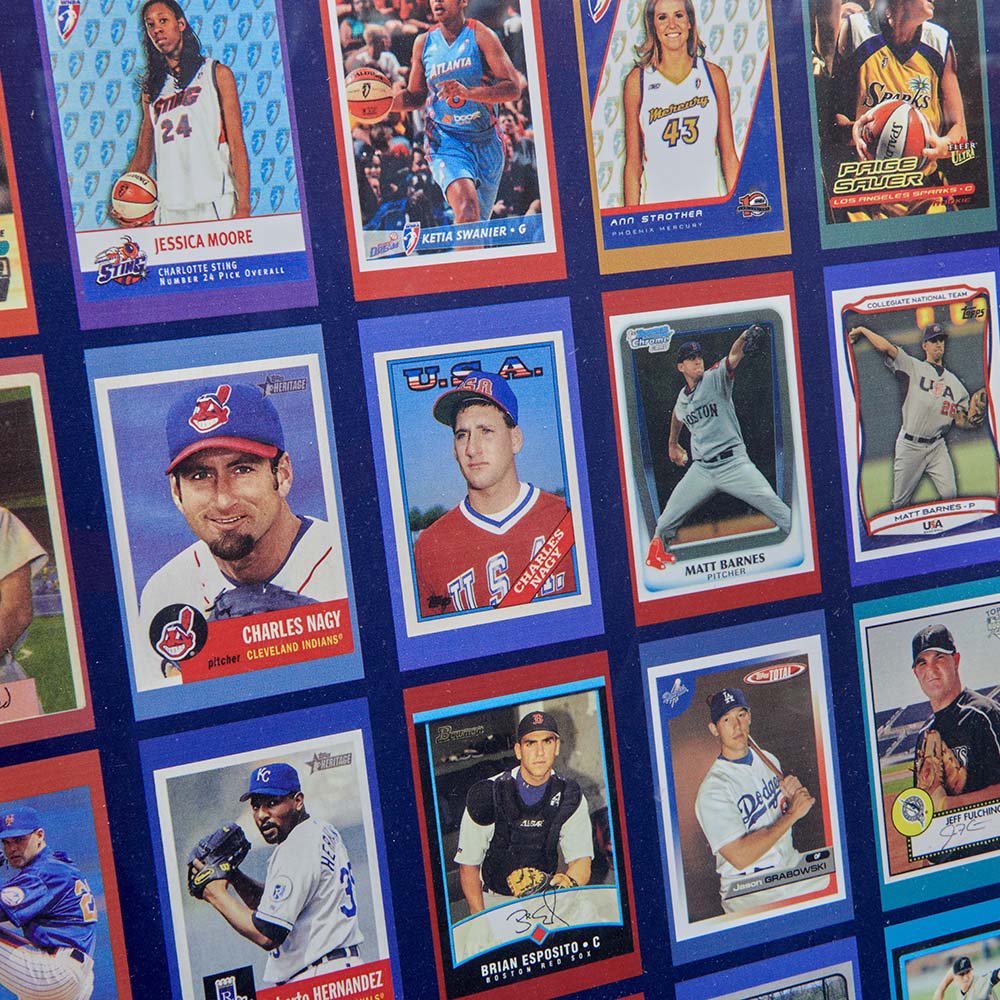 These trading cards are part of a special display at the J. Robert Donnelly Husky Heritage Sports Museum

There are many ways to identify the pinnacle in the career of an athlete. Money, fame, medals, and trophies are some of the obvious ones. Dating back to the 19th century, being pictured on a trading card is another one of those benchmarks. From the early days of tobacco companies to present-day formats, a trading card means you have made it.

Former UConn student-athletes have graced trading cards dating back to baseball’s Walt Dropo ’48 (CLAS) with the Boston Red Sox. Since then, former Huskies from basketball, football, soccer, and hockey have joined their baseball counterparts on thousands of trading cards.

Many of these cards are part of a special display at the J. Robert Donnelly Husky Heritage Sports Museum in the Alumni House at UConn Storrs. They feature legends like Sue Bird ’02 (CLAS) and Diana Taurasi ’05 (CLAS) of women’s basketball, and Donald Brown ’10 (ED), who signed with the Indianapolis Colts after his junior year, becoming UConn’s
first-ever first round NFL draft pick.

In addition to the trading card exhibit, Husky fans can see memorabilia from all UConn teams, including NCAA championship trophies from men’s and women’s basketball, men’s soccer, and field hockey.