“You Change the Way You Live When You’re Hungry” 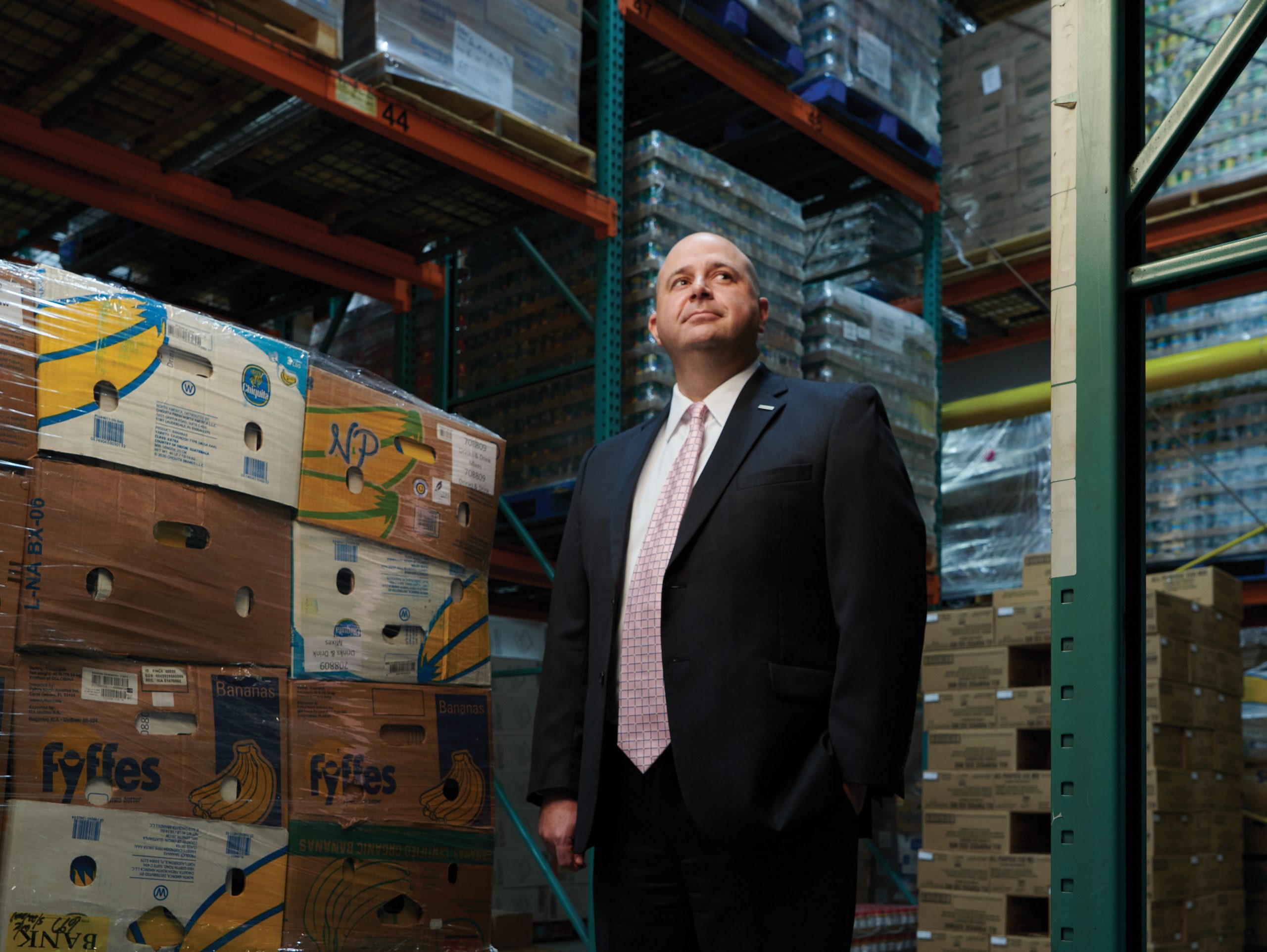 Jakubowski in July at the Connecticut Foodshare Warehouse.

For the first time the shelves were bare, and Jason Jakubowski ’99 (CLAS), ’01 MPA was scared. If he didn’t think of something, tens of thousands of people would go hungry. “It was two weeks into the pandemic,” says Jakubowski. “We had never pumped out that much food in such a short period of time. We don’t do food drives. We don’t collect cans of food, like a lot of organizations do. Our donations come in bulk from the food industry. But the grocery stores and food wholesalers had bare shelves, too.” Jakubowski is the president and CEO of Connecticut Foodshare and is an adjunct professor in the Department of Public Policy. He says he gained a deep sense of empathy and an obligation to serve his community from his dad, a teacher, and his mom, a social worker.

How did you respond to that bare-shelf emergency, when the whole country got a glimpse of what it’s like to be food-insecure? We had to completely change our distribution model, overnight. We had no choice but to purchase food, and food banks are not in the business of purchasing food. I told my team, I don’t care how much it costs. We need to get it here, to make sure we don’t get down to zero, because hunger affects everything. You change the way you live when you’re hungry.

How has food banking changed over the years? The old way of doing things was, you’d amass edible products, and you’d distribute those edible products, which could have been Snickers bars, or Skittles, or Twinkies. If it’s edible, you wanted to distribute it. The new paradigm in the food banking industry is collecting and distributing nutritious food, paying attention to the nutrition levels of the food we’re giving out. Poorer areas have greater issues with obesity — a box of Twinkies costs much less than a bushel of apples. Nutritious food is expensive.

Has educating people about nutrition become part of your mission now? Yes. We started something called the Foodshare Institute for Hunger Research and Solutions. The executive director, Katie Martin, has developed a program called SWAP, which stands for Supporting Wellness at Pantries. It’s a stoplight program that ranks food based on nutritional value, so a food gets ranked either red, yellow, or green. Individuals are encouraged to take as many green foods as they want, and to be cautious with red foods.

What was the most important thing you learned at UConn? How to run a business. I was the editor-in-chief of The Daily Campus for my junior and senior years. It was a half million-dollar business at the time. We published 10,000 papers — every single day. There was a staff of about 50 students, and I answered to a board of directors. So many of those skills are things that I utilize on a daily basis today, running a $100 million food bank.

I also met my wife at UConn. I was the editor-in-chief, and she was the news editor. And that was the last time I was ever her boss.

Was UConn part of the emergency effort during the pandemic? Yes. We created an emergency drive-through distribution center at Rentschler Field, UConn’s football stadium. We served a couple thousand cars a day. Cars would line up and drivers would pop their trunks, and we’d put boxes of food in their trunks, and they’d drive on. We distributed more than 9 million pounds of food that way. The support we received from the University was terrific. Geno was out there, distributing food. Coach Penders. Coach Dailey. Members of the women’s basketball team. The entire men’s basketball team. It was a real UConn effort.

What is your personal relationship to food? I love food. Sometimes I love food too much. I love good food. But I also look at it through the lens of the work that I do, and realize that food should not be something that is a luxury. It should be a right. It should be something that everybody is entitled to. We have a moral and societal obligation to ensure that people in our community don’t go hungry.

You grew up in New Britain, Connecticut. Red Sox or Yankees? I am obsessed with the New York Yankees, the New York Jets, and the UConn Huskies. Two of those have brought me a tremendous amount of joy over the years.