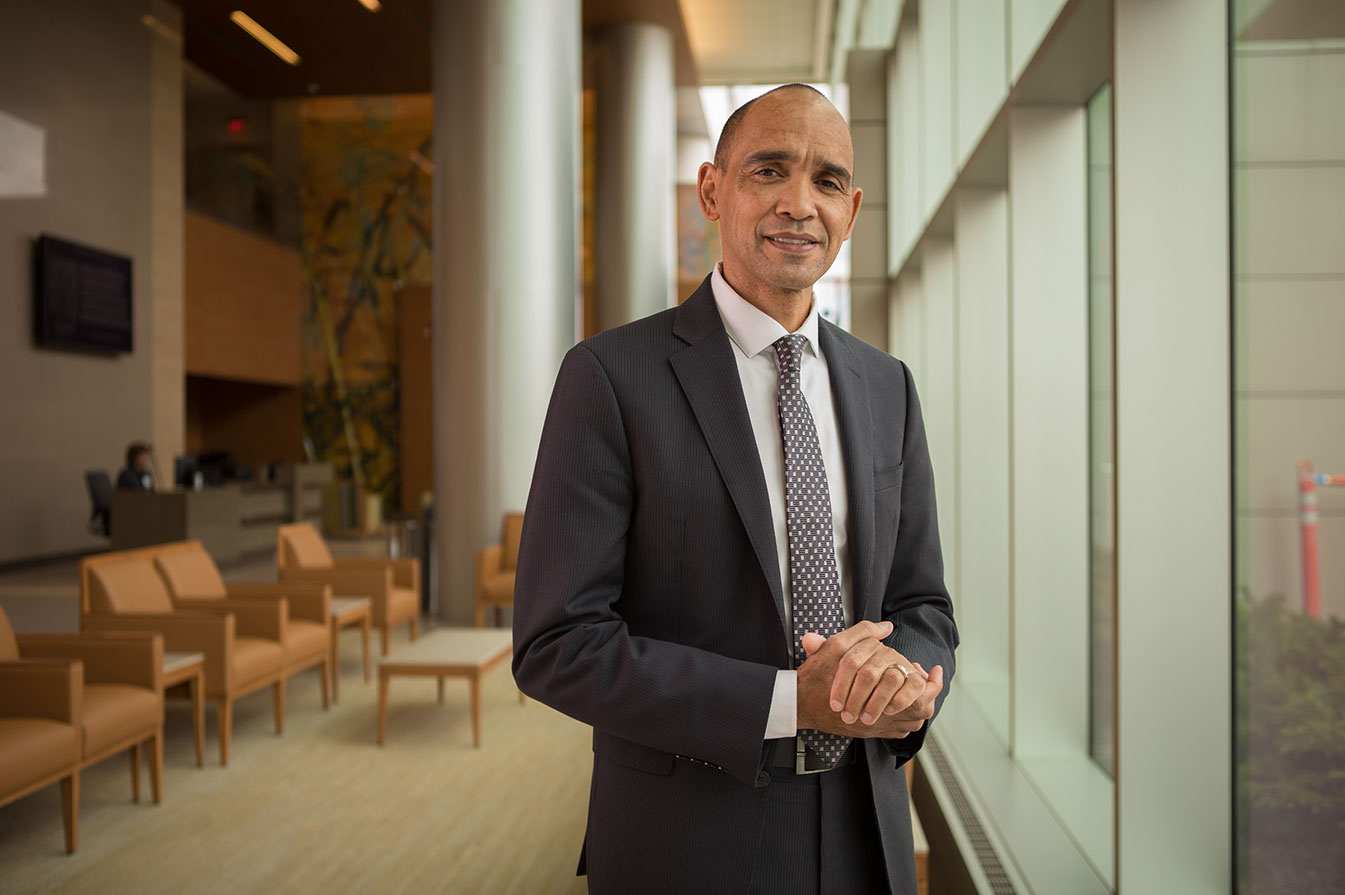 Dr. Andrew Agwunobi, UConn Health’s CEO and a highly respected leader with strong medical, academic, and business credentials, has been selected to serve as UConn’s interim president after President Thomas Katsouleas announced he would step down on July 1.

A pediatrician by training who also holds an MBA, Agwunobi will be the first physician and the first person of color to lead the University.

After his appointment was announced on May 19, Agwunobi said that UConn’s most critical near-term priority is successfully reopening at nearly full capacity this fall, and that while much has been accomplished to achieve that goal, much more work is ahead. He also pledged that other critical missions under way at UConn will continue unabated, such as creating a new long-term academic strategic plan, growing research and innovation, expanding student access to mental health care, affordability, and many others.

“Having been here in Connecticut at UConn Health for several years, I know how much UConn means to the people of this state and our faculty, staff, students, and alumni everywhere. For many, I know UConn is more than just an educational institution or an employer, but an important part of their lives and their personal histories. It is fundamentally part of our identity as a state,” Agwunobi says.

“UConn also of course plays a vital role in fueling Connecticut’s economy and its workforce. And we know we are not just graduating workers; we are graduating citizens, leaders, thinkers, and innovators of the future for Connecticut and beyond. Given these high stakes, all of us who are fortunate enough to be here are driven — and I certainly am driven — to do all we can to ensure the continued success of this institution as we carry out its mission in Storrs, in Farmington, and on each of our regional campuses and beyond,” he says.

In his time as CEO of UConn Health, Agwunobi, colloquially known to many as “Dr. Andy,” grew clinical revenue an average of 10 percent per year; led a comprehensive turnaround that improved operational and financial performance by tens of millions of dollars; and oversaw $800 million in construction. He also oversaw the successful implementation of the $100 million Electronic Medical Record installation; partnered with deans in hiring more than 60 new faculty per year for the past three years; and led the “One UConn” strategy at UConn Health, centralizing shared functions across campuses.

“Anyone who has worked with him or watched him guide that institution forward, particularly through the last 15 months of Covid, has seen a master class in leadership,” says chairman of the UConn Board of Trustees, Daniel Toscano. “He is bold when boldness is needed, cautious when caution is the wisest choice, and methodical in all things.”

The University plans to undertake a search for President Katsouleas’ permanent replacement, but does not plan to start that process in the near term.