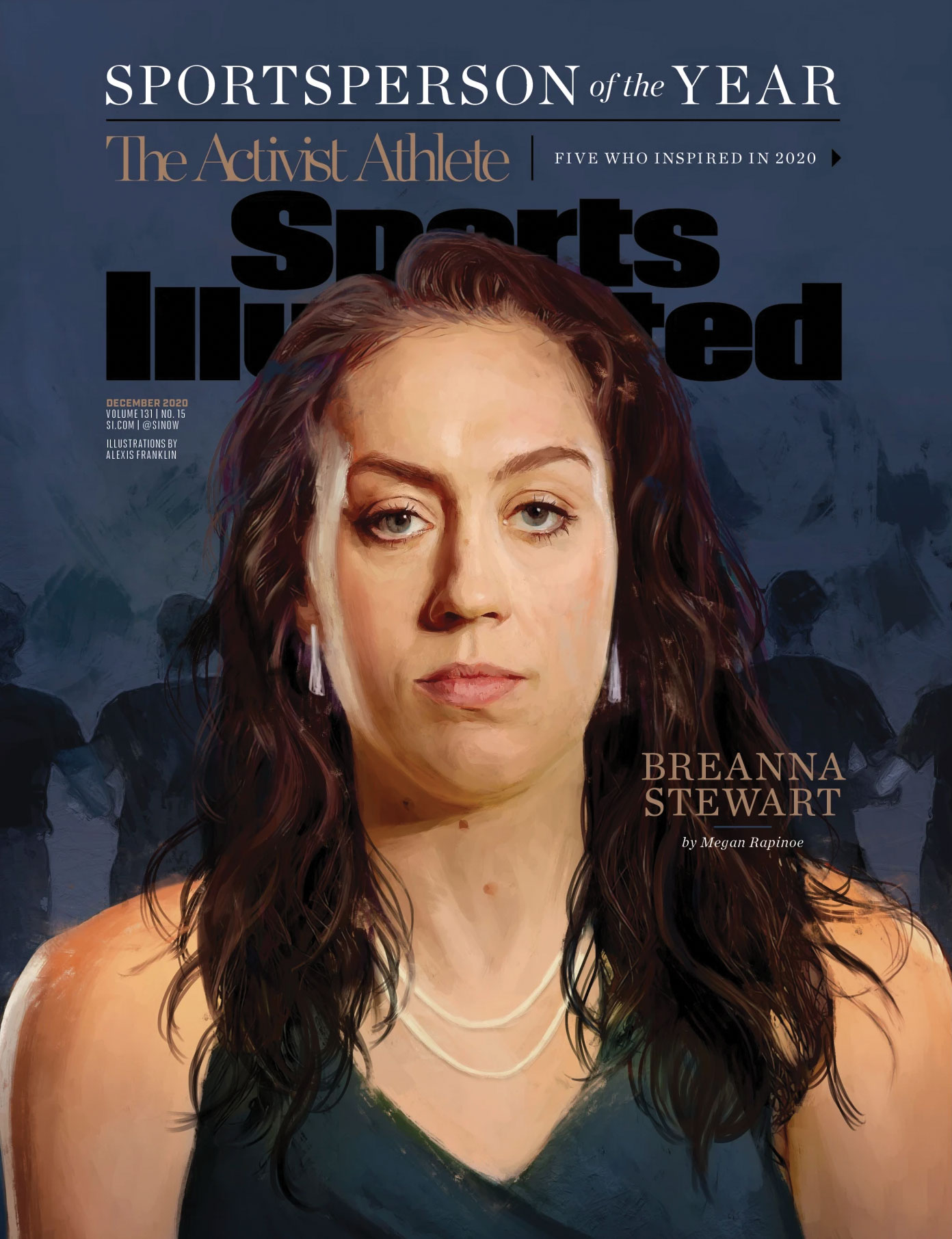 Sports Illustrated’s 2020 Sportsperson of the Year went to five activist athletes, including the Seattle Storm’s Breanna Stewart ’16 (CLAS). USA soccer star Megan Rapinoe, last year’s Sportsperson of the Year, wrote: “What struck me watching Breanna Stewart take the microphone before the first game of the WNBA season was her willingness to step up in that moment . . . She was coming into the season off a torn Achilles tendon, an injury you don’t know how you’ll recover from. But she chose to take on more responsibility. Watching Stewie stand in front of everyone before that first game and ask for 26 seconds of silence to remember Breonna Taylor, the Black woman who was that age when she was killed by police in her Louisville apartment, was powerful . . . Then she went on the court and . . . won her second championship and [League MVP]. I don’t know if you can fully appreciate how difficult it is to accomplish what she did this season. And she did it in classic, effortless Stewie fashion.”