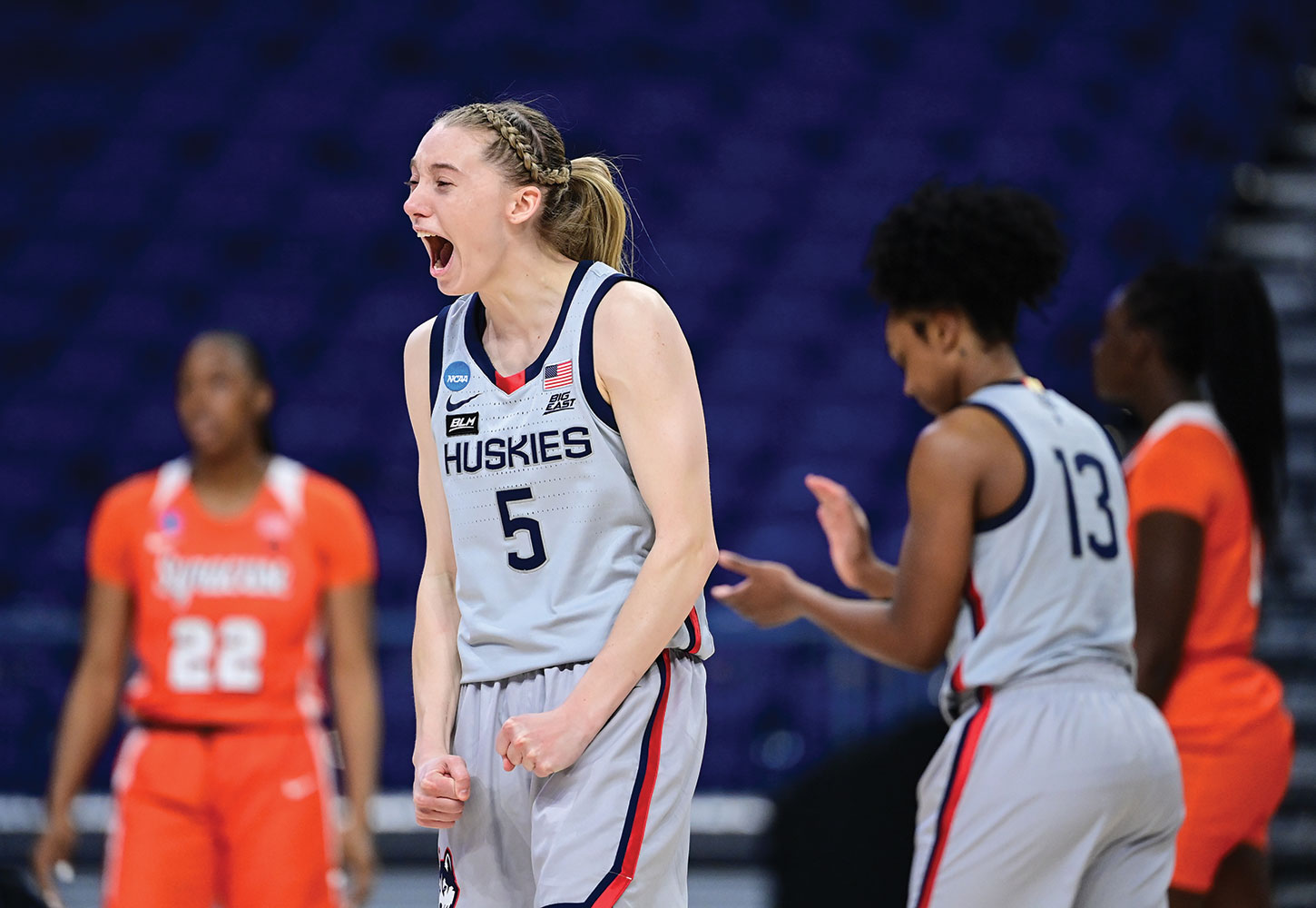 UConn made it to the Sweet 16 with a win over Syracuse. Bueckers scored a team-high 20 points to go along with five rebounds, four assists, and three steals.

Husky phenom Paige Bueckers, aka Paige Buckets, seemed to win every award out there this year, including AP Player of the Year ­— a first for a freshman in women’s college basketball history. UConn Nation took note.

“Some of her passes, it’s less about the actual pass and more about the fact that she saw it in the moment. That speaks to instinct.” Sue Bird ’02 (CLAS), WNBA Seattle Storm

“What she’s done this year, in such a year of unknown, is actually ridiculous. She doesn’t look like a freshman, that’s for sure.” Breanna Stewart, ’16 (CLAS), WNBA Seattle Storm

“You can see how smart a player she is. She puts herself in position to be better, but she also puts her teammates in position to be their best selves. Players that can make other players around them better, those are the ones that become great.” Katie Lou Samuelson ’19 (CLAS), WNBA Seattle Storm