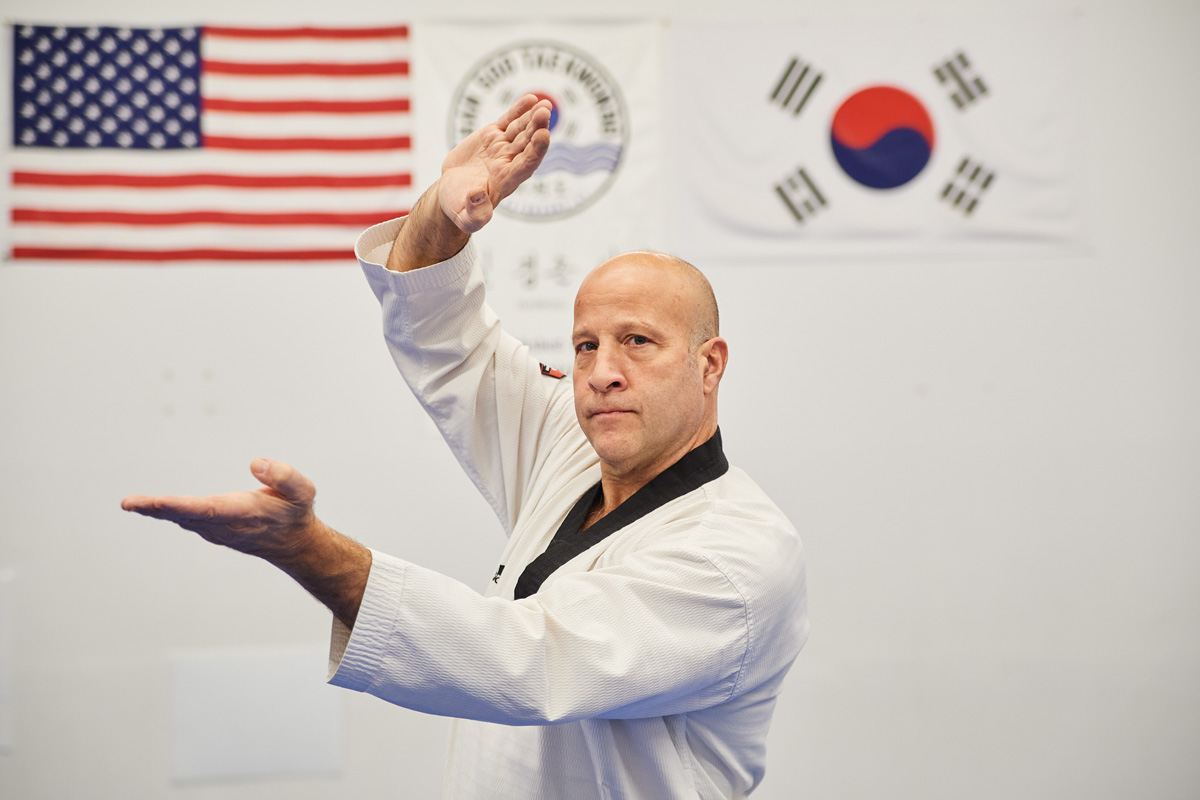 They stood assembled, dressed in their crisp white uniforms, belts tied, ready — and absolutely excited to begin: Andrew Chasse ’85 (SFA) can picture it like it was yesterday, the Taekwondo class he was about to teach for 15 students — ages 4 to 12 — with Autism Spectrum Disorder (ASD). “They hadn’t even done one second of Taekwondo yet, but they felt like they were really a part of something,” Chasse says. “Just that moment alone was so powerful.”

Fourteen years later TKD for ASD is a thriving and popular part of Hansoo Taekwondo Academy in Glastonbury, Connecticut, where Chasse, a Taekwondo master who holds a 5th degree black belt, is head instructor and owner. Chasse piloted the class after an adult student who is a behavior analyst told him she thought children with autism spectrum disorder would respond to and enjoy Taekwondo. The classes are tailored to students’ specific learning styles with a focus on structure, and Chasse works with a team of assistants. “The kids are graded every class on things like, ‘How was your listening today? Did you follow directions?’ and they like to find ways to improve and get a better score next time. Taekwondo training helps with confidence and helps improve their physicality; it’s loaded with all kinds of exercises, a lot of kicking, and specific forms.”

Parents have told Chasse that the positive benefits extend into their children’s lives at school and at home. Students move on to integrated classes when they feel ready.  “We have one student who is 17 who started when he was 6. Now he’s running warm-up for integrated classes,” Chasse says. “He’s become a great role model. It’s something to watch students in front of you grow in so many positive ways.”

Exercising mind and body is what struck him when he took his first martial arts class at UConn. “I’d been a sports guy my whole life, and this was a nice way to segue into staying physical and continue learning a lot,” says Chasse, who majored in fine arts. “All the good things you hear about martial arts training, how it helps with focus, with confidence, things that are healthy for people to be developing, it’s all there in Taekwondo.”