Esther Pahl is Still Very Much Making a Difference 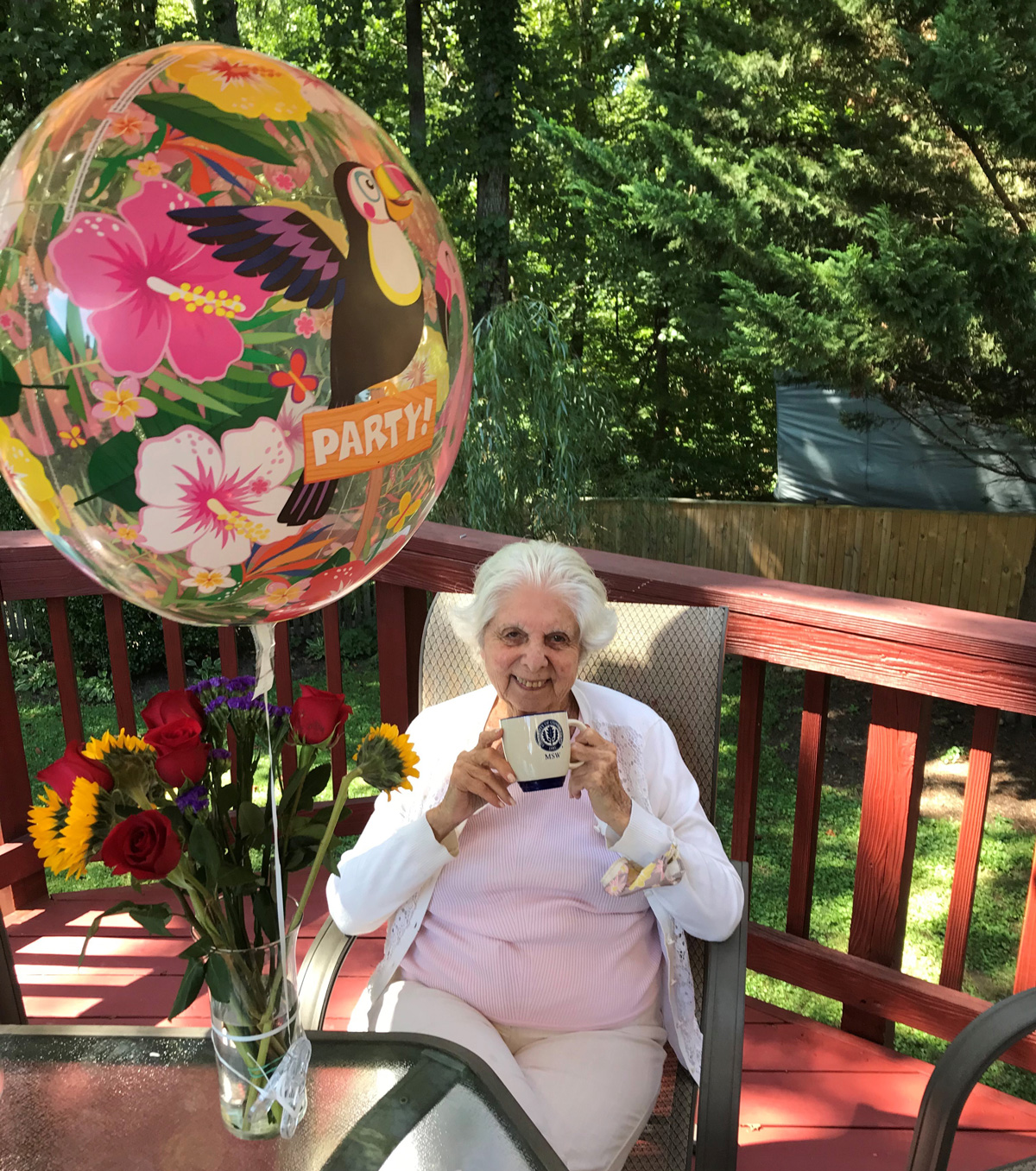 Esther Pahl’s parents ran a neighborhood grocery store in Springfield, Massachusetts, in the 1940s. While they made ends meet, there was not much left for anything else, let alone money to help their daughter pay her graduate school tuition.

That’s one of the reasons Esther Pahl ’52 MSW was motivated to create an endowed fellowship to support graduate students at UConn’s School of Social Work.

“I realize there are students who are struggling now as I did when I was a graduate student,” the 97-year-old says over a Zoom call from Potomac, Maryland, where she lives with her daughter Jamie Borns and her family.

“I wanted to set up a program for students who are marginally making it so they can study without the stress of worrying about paying the bills that are involved in basic living.”

In 1946 Pahl was one of UConn’s first eight MSW graduates. “It was a bit of a pioneering experience,” she says. “At the time, the School did not have its own building, so we met at Hartford [Public] High School. Most of our professors were visiting professors from Trinity College, the University of Chicago, Boston University, and Yale.”

Sharp and energetic, Pahl remains a voracious reader, devouring a new book every few days. She recently finished a book about Gertrude Ederle, the first woman to swim the English Channel. Until a couple of years ago, Pahl swam every day and took college courses for fun on international affairs or current events at Florida International University, near where she used to live. Borns attributes her mother’s longevity to clean living.

But Pahl’s life hasn’t been easy. As a young mother, she got divorced and single-handedly raised three children on a social worker’s salary. Along the way, she instilled in her children her fierce sense of self-reliance and a compassion for others.

“She always gave me the love, support, and confidence to go out into the world and make something of myself,” says Borns, a nurse. “She taught me to never rely on someone else for anything. She showed me by example to be patient and kind to people.”

Pahl began her long career as a social worker at the Family Service Society in Hartford and eventually found her dream job at the Jewish Social Service Agency in Washington, D.C. Over the years, she helped scores of families, children, and immigrants settle in the area, overcome trauma, and move on with their lives.

In one memorable case, she helped a 10-year-old boy who was suddenly alone when his mother was brutally murdered. His parents had divorced, and his father had moved away to Florida with his older brother. The boy was placed with a foster family, but it was a poor match and he was struggling. Working with a team, Pahl found a more suitable foster family for the boy and began to counsel him.

“It was difficult because I had to build up a relationship of trust with him and then slowly settle him into a new school situation, where he would not only be comfortable but be able to produce,” she says. She spent the next several months helping him process his mother’s death. “Part of the therapy involved taking him to the cemetery where the mother was buried and spending a lot of time with him talking about his mother and the tragedy around her death.”

Another time, she helped an intergenerational family from Russia resettle here. “They were having adjustment problems, mainly because the grandmother felt so guilty about leaving Russia,” she says. “Her oldest daughter had died unexpectedly just before they moved here. She felt that by moving out of Russia she was abandoning her daughter, and this made her feel very guilty. I spent a lot of time with the grandmother, encouraging her to really talk about the relationship she had with this daughter. Because of my social work training, I focused on helping her treasure the opportunity she had to spend all the wonderful years living together with her.”

Though she retired 40 years ago, Pahl found that setting up the UConn fellowship for future social workers reconnected her with her profession and gave her a great sense of purpose.

“Donating money and setting up a scholarship fund gave me the feeling that I was still contributing — not on a professional level — but certainly as a humanitarian who is truly concerned about the problems in our society that need attention,” she says. “One of the most effective ways of dealing with these problems is to prepare committed graduate students who want to make a difference.”

To give to Esther Pahl’s scholarship fund.