Bobbie Ann Mason — Then and Now 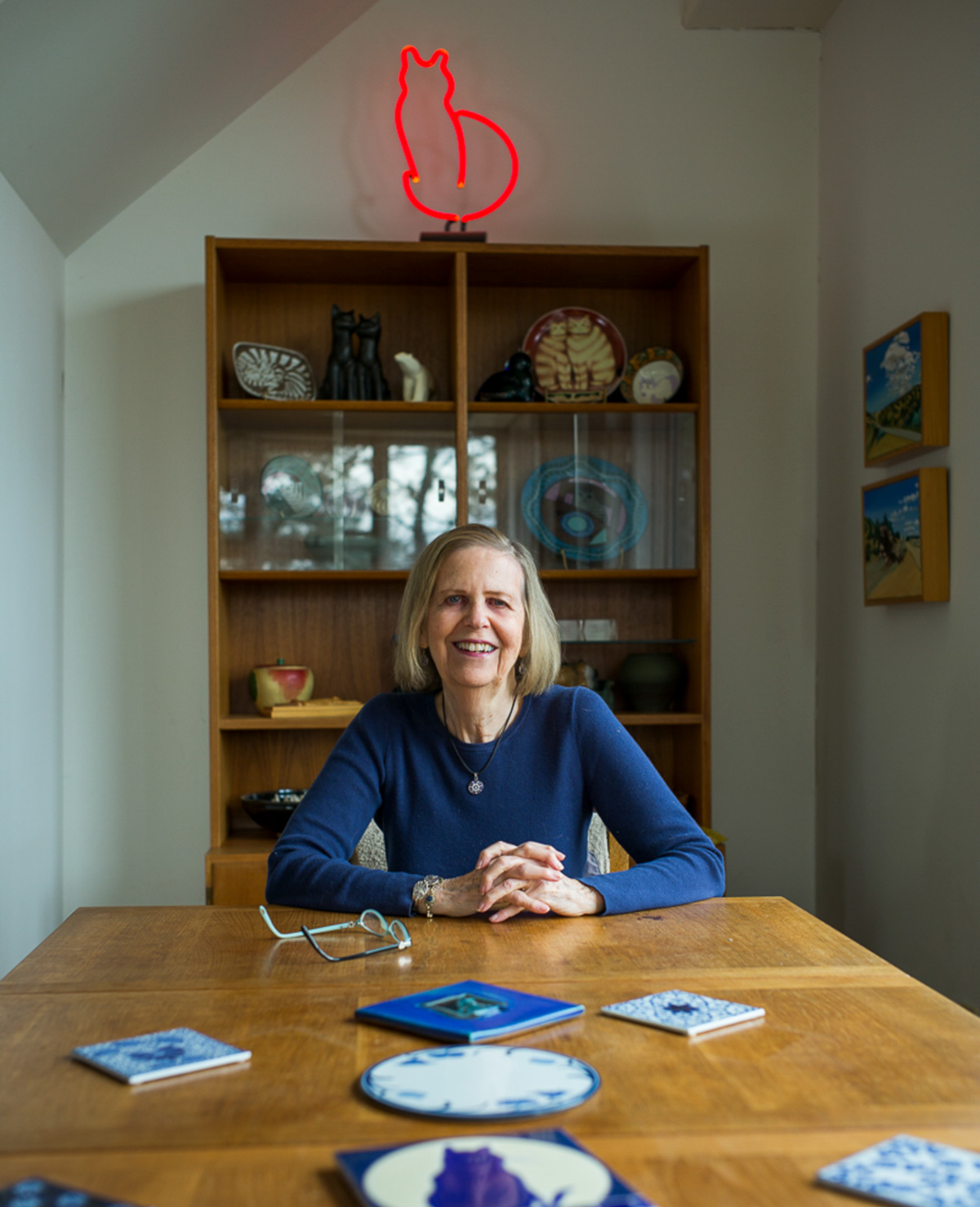 Writing her latest novel “Dear Ann,” Mason says she thought often about UConn, about the beauty of campus in the fall and about meeting her husband near Diana’s Pool. 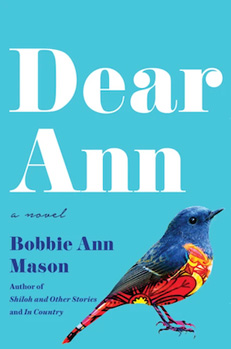 Growing up on her family’s dairy farm in Kentucky, Bobbie Ann Mason ’72 Ph.D., ’02 H explored the natural world unfolding all around her. The farm was at the very center of her family, but even as a young girl, she knew she wanted a different life.

She loved to read, she says — “The Bobbsey Twins,” Nancy Drew mysteries, and “Little Women.”

“Books made me want to know so much more about the world.” She knew her future would involve words. “I wanted to write,” she says. “But I knew you couldn’t make a living from it.”

As it turns out, writing has made for quite a life. Mason’s latest book, “Dear Ann,” was released last September. At 80, the celebrated, bestselling author is navigating the uncharted terrain of a book tour during a pandemic, doing Zoom interviews, and giving talks at bookstores around the country, where she is introduced as one of America’s greatest writers.

“Dear Ann” hinges on the kind of wistful question that can take hold and tug at you: What if I’d chosen a different path? Ann looks back to the sixties wondering what if she had gone to Stanford in California instead of  a small college in upstate New York —maybe she wouldn’t have met Jimmy. Through her imagining, she tries to escape difficult memories of that time when the Vietnam War was escalating. But memory triumphs over imagination. She can imagine California, but she can’t imagine a life without Jimmy.

“What if . . . ” is a question Mason has mulled over herself. When she graduated with a bachelor’s degree from the University of Kentucky, several of her classmates from a creative writing class were headed to Stanford on Stegner Fellowships. Mason went to New York City where she wrote for a fan magazine, eventually leaving the city for a graduate assistantship at Harpur College and then to Storrs for her Ph.D.

Mason has wondered what it might have been like to have gone to Stanford, “where others from Kentucky went before me and paved the way.” Moving to the Northeast from the South, she says,  was “a culture shock.” But so many things she loves about her life would not have happened had she made a different choice.

“I loved it at UConn,” she says. “It was one of the most significant times of my life. It was where I met my husband. Things were in such flux at that time; I was changing. It was a time of great upheaval. It was liberating and exciting and unnerving because of the war.”

About “Dear Ann,” she says, “I didn’t want to write about the sixties as the sixties with all those iconic images. This was about innocence and about young people trying to find out who they are and experimenting and going through incredible self-doubt and insecurity, and all those things are normal probably for that age, but several things had shifted. There was the draft, which was restricting people and making them scared. And another thing that made a huge shift in the culture was the birth control pill, and that was liberating.”

As Mason wrote “Dear Ann,” she thought often about UConn, about the beauty of campus in the fall, about her many “great professors and the best professor I ever had, Milton Stern.” She chuckles thinking about how he would often break into recitations of Edgar Allan Poe’s “The Bells.” His enthusiasm for American literature was catching. She thought too about her own love story, meeting Roger Rawlings, getting married, and living in a farmhouse in Chaplin “just down the road from Diana’s Pool, which was delightful.”

Mason was a graduate assistant at UConn and then taught journalism part time at Mansfield State College in Pennsylvania, where she and her husband moved after graduating. “I was not a natural teacher,” she says. What she was was a writer, though she says it took some years before she would have the confidence to say it.

Her start in short fiction has “a bit of a back story” with a UConn connection, she notes. Ann Beattie, another acclaimed alum writer, and Mason attended UConn at the same time, but the two did not meet until Mason attended a writer’s workshop in 1977. “I was just starting to write stories and met Ann there, and we had a lot of background to share about UConn,” she says. Beattie “was a hot young writer” who published stories in The New Yorker. “And I thought, ‘Well, I’ll send a story to Roger Angell at The New Yorker,’” Mason says. “I was so naïve. I thought I’ll just start at the top!”

It worked. The longtime New Yorker editor “took an interest in me and helped build my confidence and encouraged me,” says Mason, who turned her focus to the people and places in Kentucky that she knew so well. “He was listening and saying that I was on the right track. He wouldn’t tell me how to do it, but he would kind of nudge me to find out for myself.”

Over a period of about two years she submitted 19 stories to Angell, who always responded with encouragement. “Offerings,” the 20th story she sent to The New Yorker, was accepted, and she’s been writing short fiction and “Talk of the Town” columns since.

Two years after that first New Yorker publication, her collection “Shiloh and Other Stories” arrived to great notice. It won the PEN/Hemingway Award for First Fiction and was nominated for National Book and Book Critics Circle and PEN/Faulkner awards. Her novel “In Country,”  which she says is one of the works she’s most proud of,  followed shortly after. Like “Dear Ann,” it focuses on the Vietnam War. It was made into a film starring Bruce Willis and Emily Lloyd and, along with “Shiloh,” has been taught in colleges around the country for decades.

The career she thought she couldn’t make a living at has spanned four decades and includes O. Henry Award–winning short fiction and the memoir “Clear Springs,” the story of her family’s farm and a finalist for the Pulitzer Prize. She was inducted into the Kentucky Writers Hall of Fame and won a Guggenheim Fellowship and an Arts and Letters Award for Literature.

In the introduction to “Patchwork, A Bobbie Ann Mason Reader,” George Saunders wrote, “Her stories exist to gently touch on, and praise, even mourn, what it feels like to be alive in this moment.” Each book, each of those stories is its own journey, says Mason. “You start with a blank page and a blank mind, and you have to wait to get a surge of creativity, and that’s fun and that’s kind of timeless, but it doesn’t always happen every day,” she explains.

“It took six years to write this novel,” she says of her latest. “I kept abandoning it.” She refined “Dear Ann” working in the quiet of her home back in Kentucky, where she returned with her husband more than two decades ago.

“I tend to jump in over my head and figure I’ll get out somehow. I take unexpected directions,” she says. “The beginning is always the hardest part. The fun comes in the later stages when I can say ‘I see where I’m going now. I know what this is.’”