Ready to Lead — And Serve 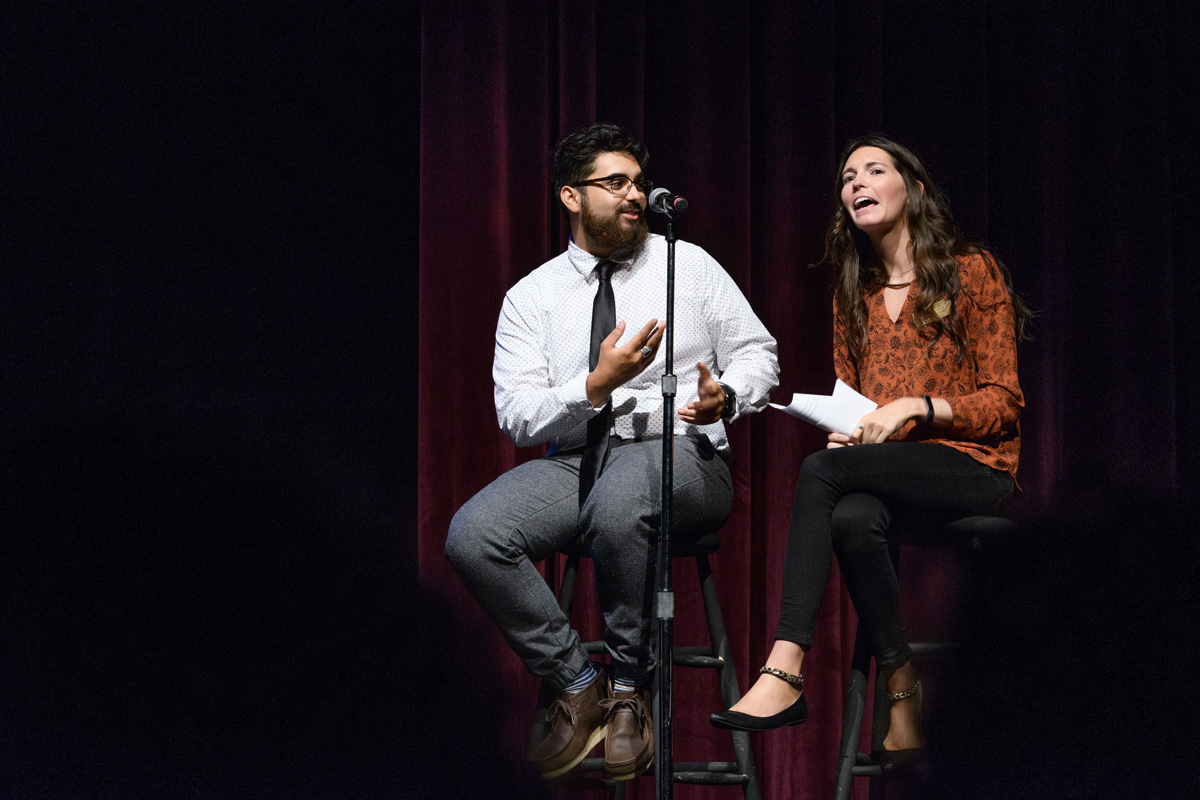 Caesar Valentin ’20 (CLAS) can say he opened for President Barack Obama! The Obama Foundation asked Valentin to be one of four students across the country to introduce Obama’s virtual address to 2020 graduates last spring. The Foundation says Valentin “exemplifies the promise and resilience of the year’s graduates, and is living out our mission to inspire, empower, and connect people to change their world.”

Growing up, Valentin says he felt disconnected from his Latinx identity and culture, so at UConn he became a leader at the Puerto Rican Latin American Cultural Center (PRLACC), organizing events and speakers and giving voice to the Latinx community (above, he and Madison Maynard ’19 MA question John Quiñones during a PRLACC “Illuminating the Path” lecture at Jorgensen).

As part of the Community Leadership Corps Hartford, Valentin developed a peer mentoring program at a local high school and his alma mater, Connecticut River Academy. His team drew from their own personal experiences of feeling as if they didn’t have a voice when they were younger, and created a way for younger students to feel seen, supported, and cared for. What started as an idea for a student “care package” morphed into a peer mentoring program. Valentin and his team presented the idea at the school in the fall, and then did additional work to survey students and tweak the plan so that it would best serve their audience’s needs.

“Community leadership is more about giving people the resources to be their own leaders and develop their own leadership pipelines,” says Valentin, who is now pursuing a joint MA/MPA. “It’s unfair for anyone to look at themselves as a failure before they get the chance to succeed.”