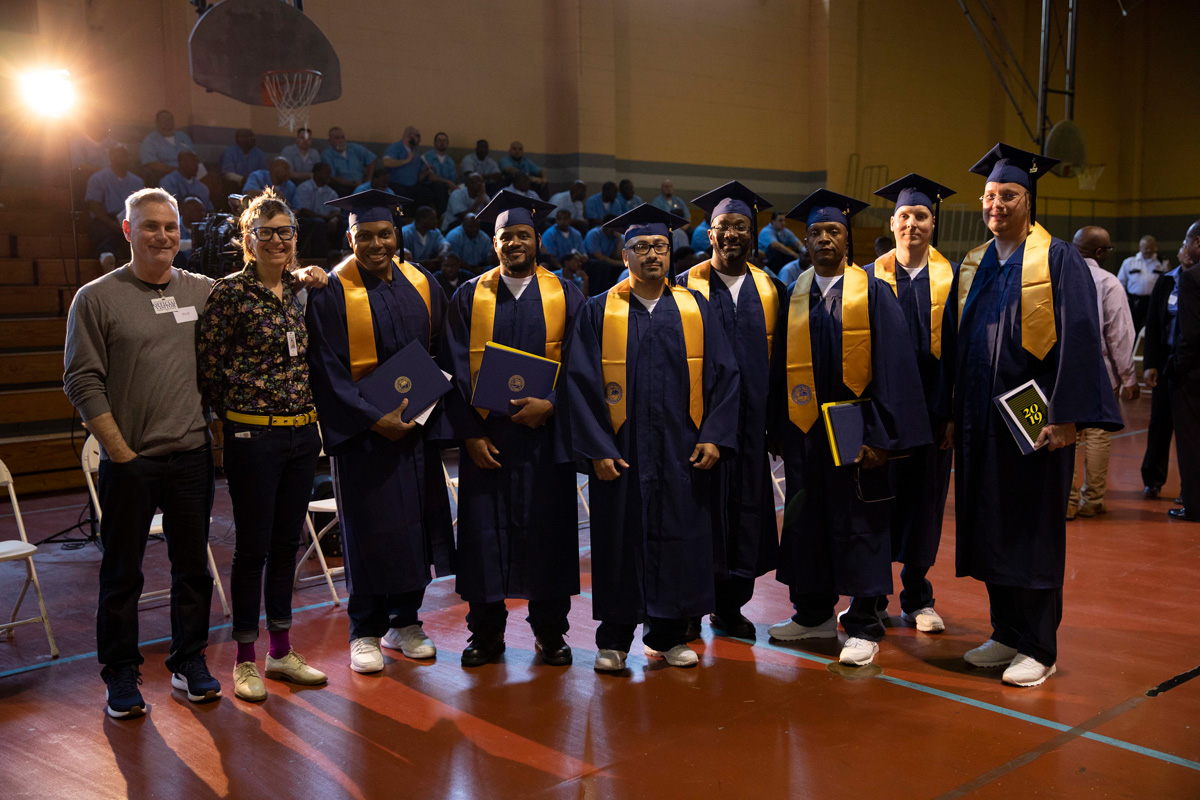 As activist and scholar Angela Davis spoke, Chance the Rapper performed, and seven students stood in their caps and gowns holding their new bachelor’s degrees, Timothy Barnett ’86 (CLAS) sat quietly taking it all in.

The students studied at Stateville Correctional Center (a maximum security facility outside Chicago) as part of a prison University Without Walls Program co-directed by Barnett, professor of English at Northeastern Illinois University. They were the first prisoners in Illinois, and among the first in the country, to receive BAs since Pell grants were halted in the prison system more than 25 years ago. They studied justice policy advocacy, community organizing, and the arts and published books and articles and poetry, worked with outside programs on criminal justice reform, and created Parole Illinois to advocate for changes in parole policies.

While it was a momentous day for the graduates, Barnett says the experience has also been life changing for him. “You come to realize how limited your experience is and how much you need to go places you haven’t been, meet people you’ve been told not to talk to, to try to figure out all the things you don’t know,” he says. “I went to a place where I met people who are incredibly intelligent, with integrity and commitment to issues around justice and academics. I’ve learned so much at Stateville; I’m doing work that has sustained me in these last 10 years of my career.”

It was a career path Barnett says he could not have imagined when he was a high school senior. “I was good at English, but it seemed silly just to find the symbols in poems,” he says. He wanted to do work that got at the world’s larger questions. Taking English classes with the late Jeremy Richard at UConn Stamford showed him that literature “could help you understand economics, religion, philosophy, social justice, all kinds of things. He was doing phenomenal work that affected the rest of my life.”

Barnett has taught literature and writing, helped create a university minor in LGBTQ studies, and won three faculty excellence awards at Northeastern Illinois. He is teaching a new cohort of Stateville inmates and collaborating with the recent graduates on a book about formerly incarcerated people who have gone on to work in the fields of law and social justice. “It centers on the idea that people who are closest to the problem are closest to the solution,” he says.