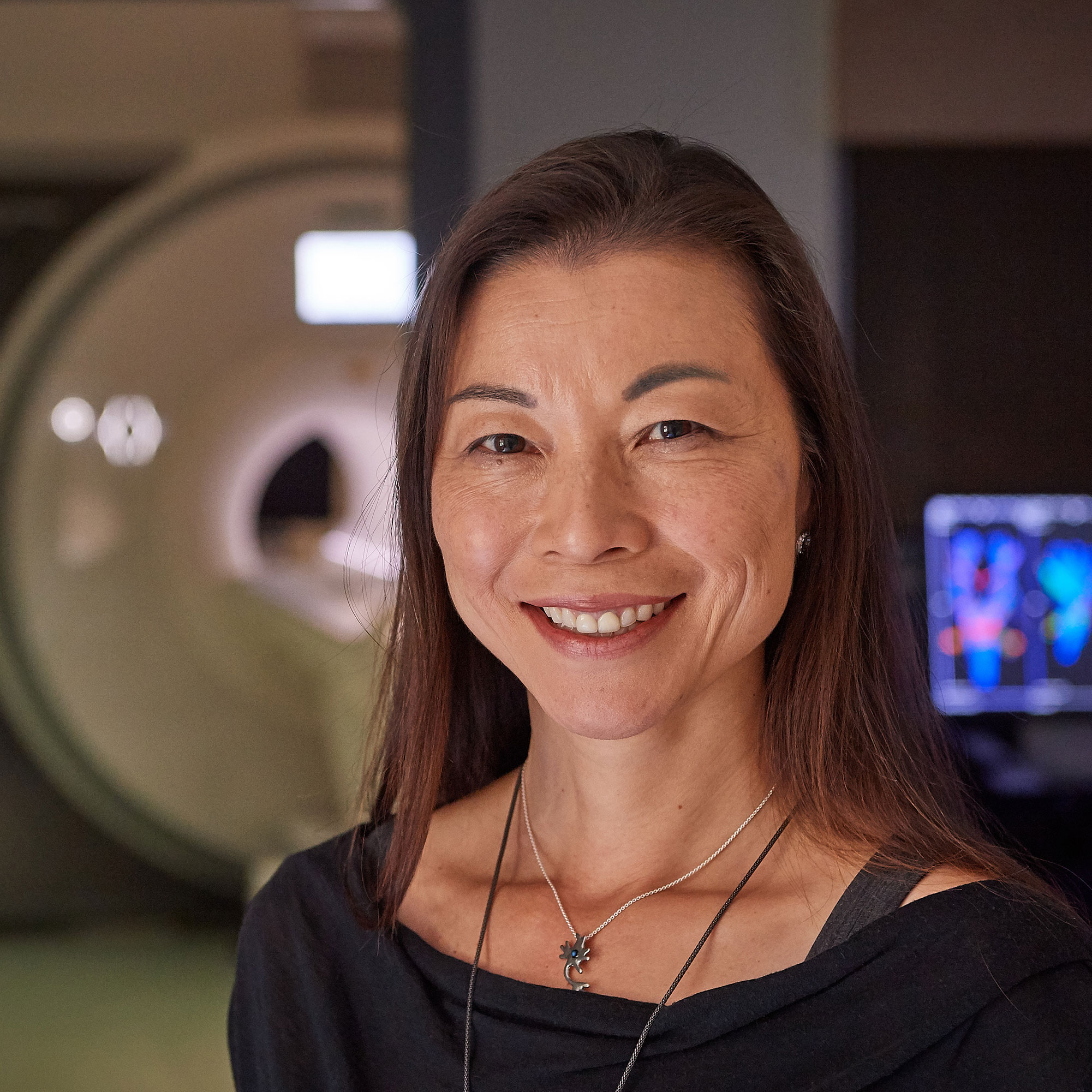 After nine months of Covid-19 quarantine and endless online meetings, Fumiko Hoeft has webinars on the brain. Literally. Her new “Ask a Brain Scientist” webinar series for kids covers everything from dyslexia to optimism to the newly urgent question, “Is screen time really bad for me?”

The irony is not lost on her.

“I struggled with the webinar format because it just means more Zoom calls,” she acknowledges. But after months at home with her two young sons, she was acutely aware of the lack of science opportunities available to kids this year. Museums are closed, events canceled, teachers overloaded. But kids still need science.

Hoeft, who directs UConn’s Brain and Imaging Research Center (BIRC), and former Disney artist Rebecca Lin thought the moment was ripe for a live, interactive webinar. Lin mocked up a flyer, Hoeft began promoting it, and the first episode launched last October. October happens to be Dyslexia Awareness Month, so beginning with that seemed natural. The second episode covered what brains actually do, and how we study them. For that one Hoeft dressed up in a wig with an open skull, complete with exposed grey matter at the top so she could pretend to poke and prod her own brain. The third episode, in December, covered optimism and why it’s important. Former and future episodes can be found on their website: Ask a Brain Scientist.

Hoeft chooses the topics to cover all the basics you’d get in a neuroscience textbook. But she frames them in a way that kids can relate to, echoing things their parents might say to them. And the sessions can’t help but be informed by her own situation.

“It was a huge struggle to shut down the lab and BIRC, support my students, re-budget all my grants and apply for new ones, all while keeping track of my kids’ schooling,” says Hoeft.

Her kids’ online schooling, says Hoeft, was so chaotic at first that she ended up writing a seven-page manual just to help herself keep track of all the logins and passwords required. Simply trying to remember all of them without the manual, she says, would have caused brain overload (She’s going to cover that subject in March’s episode, “Why Do my Teachers Tell me to Focus in Class and Not Multitask?”).

Despite the difficulties, Hoeft found several silver linings in the timing of the pandemic, starting with a big one: her son who has dyslexia-like traits had just “graduated” from reading therapy. So at least they didn’t have to stay on top of that along with everything else. She doesn’t need to imagine the difficulties families with learning disabilities face on top of remote schooling.

Hoeft remembers when her family first realized her son was having trouble repeating sounds and rhyming words. Dyslexia is her primary area of research, and she recognized the warning signals. But even with all the knowledge and contacts and resources she had, it took six months to get her son a formal psychological evaluation. Finding therapy took even longer.

That was one of the inspirations for APPRISE (Application for Readiness in Schools and Learning Evaluation), another of Hoeft’s initiatives, which is still going despite the pandemic. It’s an app that eventually will both allow teachers and parents to identify young children at risk of dyslexia and help those children even if they have to wait for testing and professional therapy.

“We really want to reduce the financial and human cost” of addressing learning disabilities, says Hoeft. She and collaborators including educational psychology professor Devin Kearns hope to have a new and improved version of the app out this year.

Hoeft will keep doing the webinars this year, too. That is, when she isn’t spending time with her sons, pursuing research projects, supporting students, or writing grants. When we spoke on the phone, she mentioned she’d been sitting at her desk since 1 a.m. When does she sleep? Well, she’s covering that in the February episode of Ask a Brain Scientist, “Do I Really Need to Get More Sleep?”

Professor Hoeft is quick to note that both her webinar and the APPRISE project are very much team efforts.

In particular, it has now joined forces with the NSF Research Traineeship Program SLAC, and SLAC graduate students Nathan Lautz and Megan Chiovaro are co-teaching with Hoeft. Further, Ballard Institute has partnered to provide puppetry making videos they made during Covid shut down, and they will be among the Panel of Judges together with artist Rebecca Lin, and SLAC grad students to rate the children's Honors Project. Children who attend all the seminars and complete an honors project will receive a Jr. Neuroscientist Certificate, and may win a custom t-shirt. 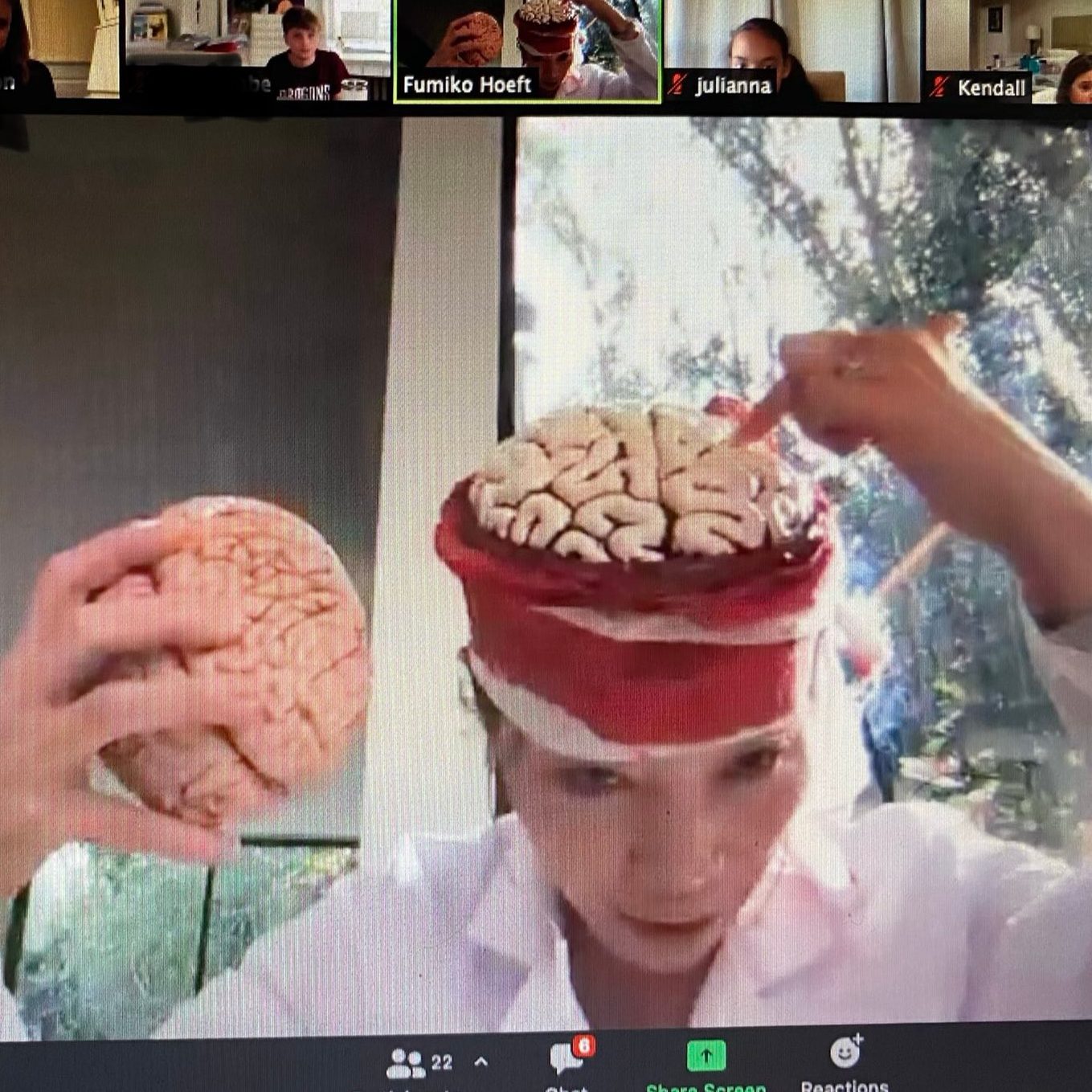 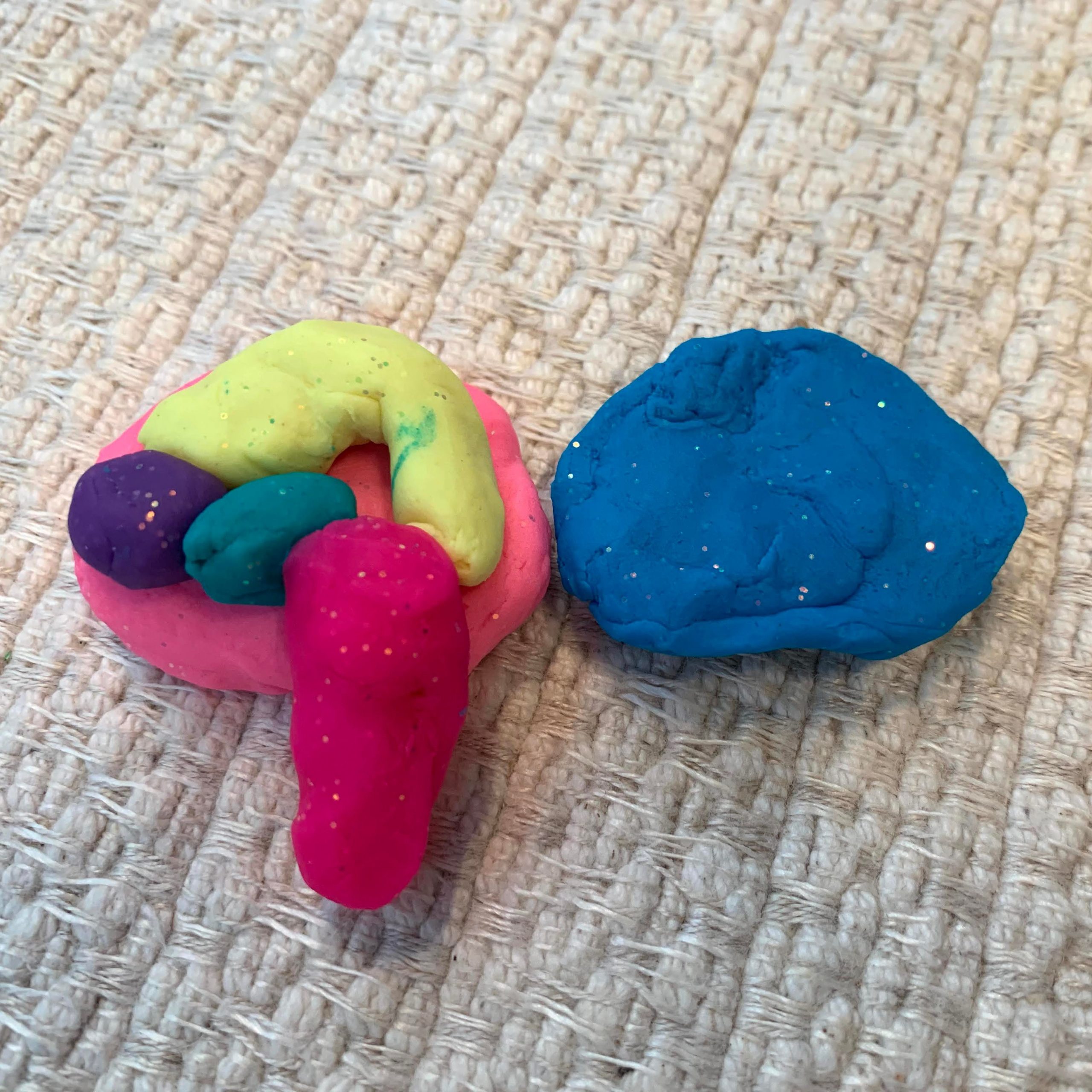 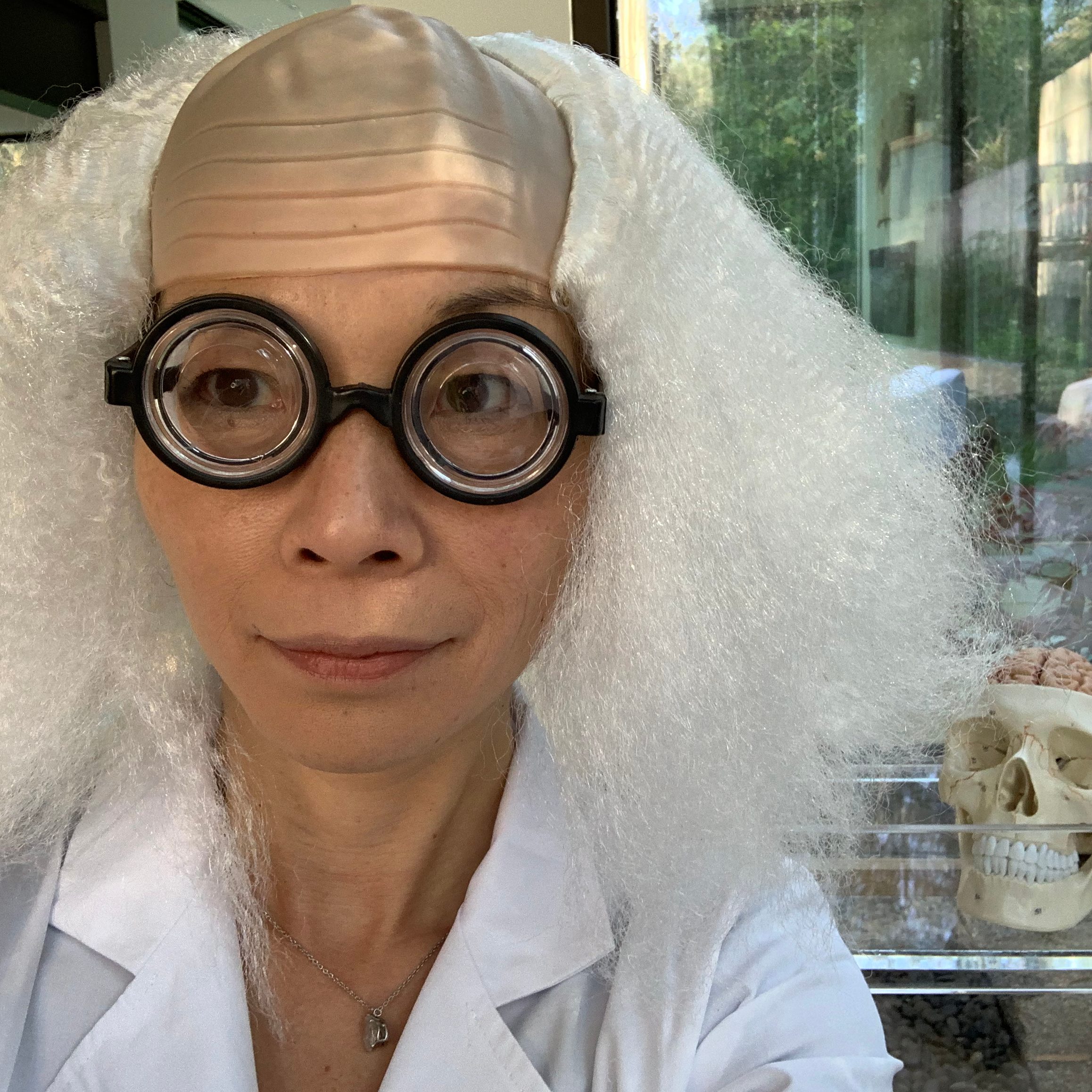 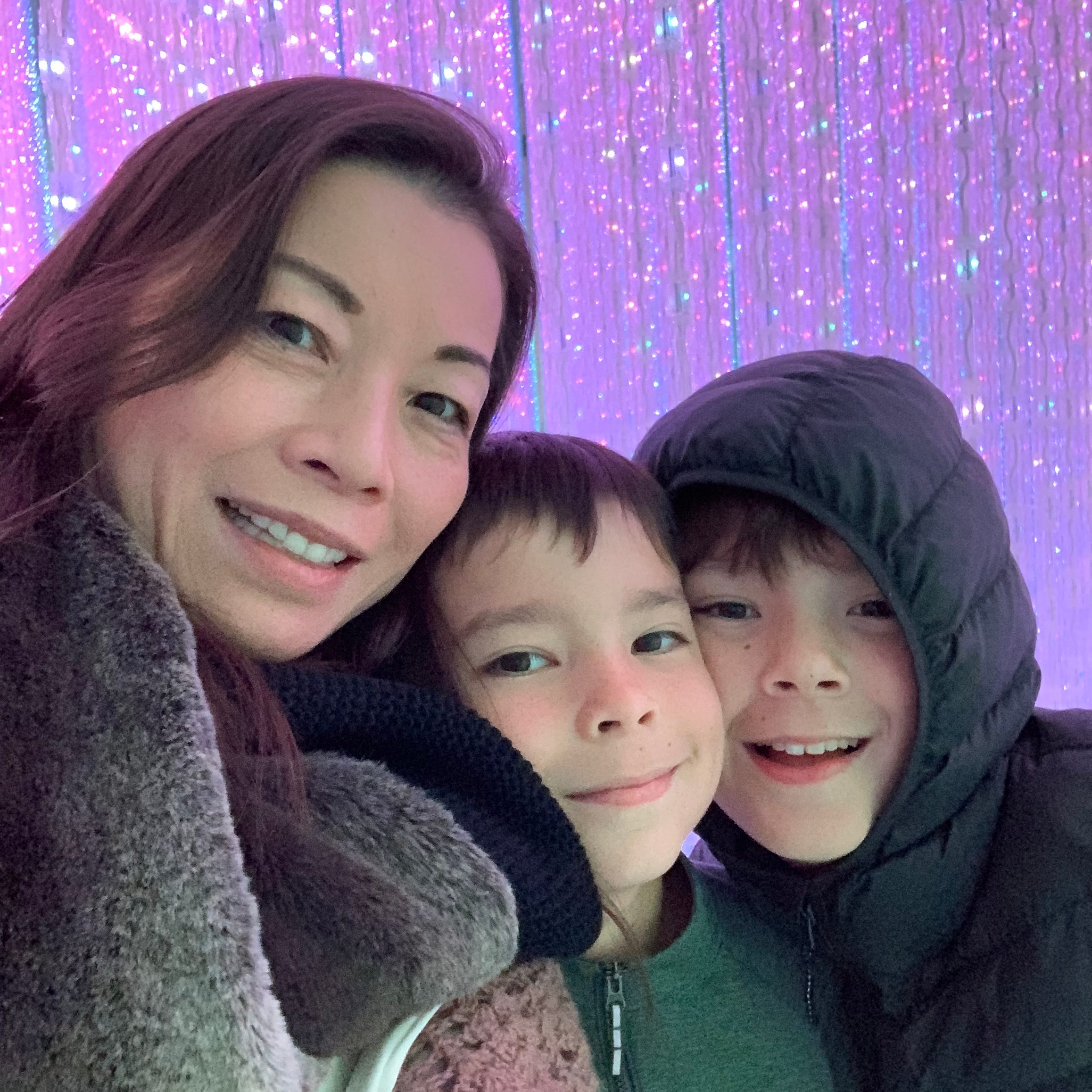 UConn’s Brain and Imaging Research Center director Fumiko Hoeft likes to dress up for her online seminars aimed at kids. From left to right, she demonstrates how hard it is to experiment on your own brain; shows how to construct an almost anatomically correct brain out of playdough; brings a little Einstein style to demonstrate the negative impact that stereotyping scientists as senior white males has on girls or people of color during her the Brain Science of #BlackLivesMatter session; and leans in with her own sons.