Is the American Dream For All Americans? 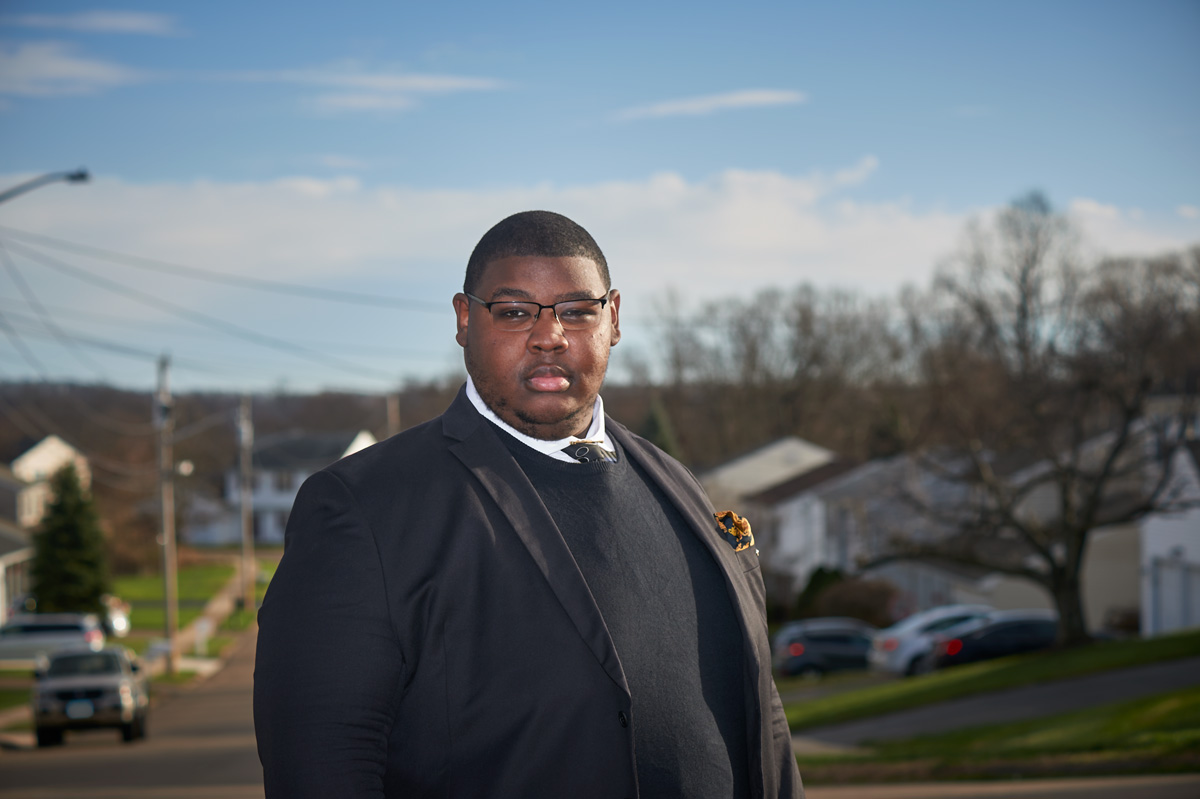 Student Malachi Bridges has been interviewing residents of New Haven about home ownership on streets like this one, in the Foxon section where he lives.

Malachi Bridges ’21 (CLAS) of New Haven, Connecticut, is a political science and Africana studies major, but it was a sociology class that spurred him into his area of research. “Race and Ethnicity” looked at rates of housing among whites, Blacks, and Hispanics since the 1960s, says Bridges. “Of course, whites had the highest rate of home ownership and amassed wealth because they were the first group of people allowed to own property and purchase housing. Blacks were not so far behind, especially with the passage of the Fair Housing Act in the 1970s. So, from the 1970s to the 1990s, white families had an average of about two to three times the wealth of an average Black or Hispanic family. Then we saw how those numbers have changed. Currently, the difference in wealth amassed by white families is almost six times that of Black families. So, the question is why we think that the white population continues to grow in wealth and home ownership, and even Hispanic populations are growing, but Black home ownership lessened after the 1990s.”

Bridges’ study “Blacks and the American Dream” has two focal points: The first is the measurement of the extent to which Black Americans’ social immobility is due to cultural factors or external conditions, like the federal and municipal policies that prevent Black homeownership.

The second examines the effects of those disparaging laws on today’s housing markets. The goal, he says, is to provoke critical thought and provide education and resources to citizens and policymakers.

Bridges has been doing interviews with people in New Haven about their home-buying experiences.

“I hope that will support the initial claims in my thesis, which speak on the initiatives by our government to prevent Black home ownership. I argue that a lot of the initiatives in specific urban cities have contributed to the collective economic destitution. I also talk about urban containments, in which cities constructed neighborhoods to confine Black people into pockets of poverty. In addition to the interviews, I am studying the likelihood of families leaving a city for more opportune areas. I am using New Haven court documents and Ancestry.com for that.”

Bridges is passionate about home ownership himself. “My parents own their home, and they had to go through a lot of the same things I talked about to do that. When I graduate from college, I want to purchase a home.”

He graduates in May and is already enrolled in UConn’s master’s of public administration program. After that, he says he’d like to open a real estate firm and launch a nonprofit organization that has an educational component about financial literacy, credit, and home ownership.

“I want to facilitate workshops and provide programs to increase Black and Brown home ownership in New Haven,” says Bridges. “After that is all over, I might want to be mayor of New Haven!”