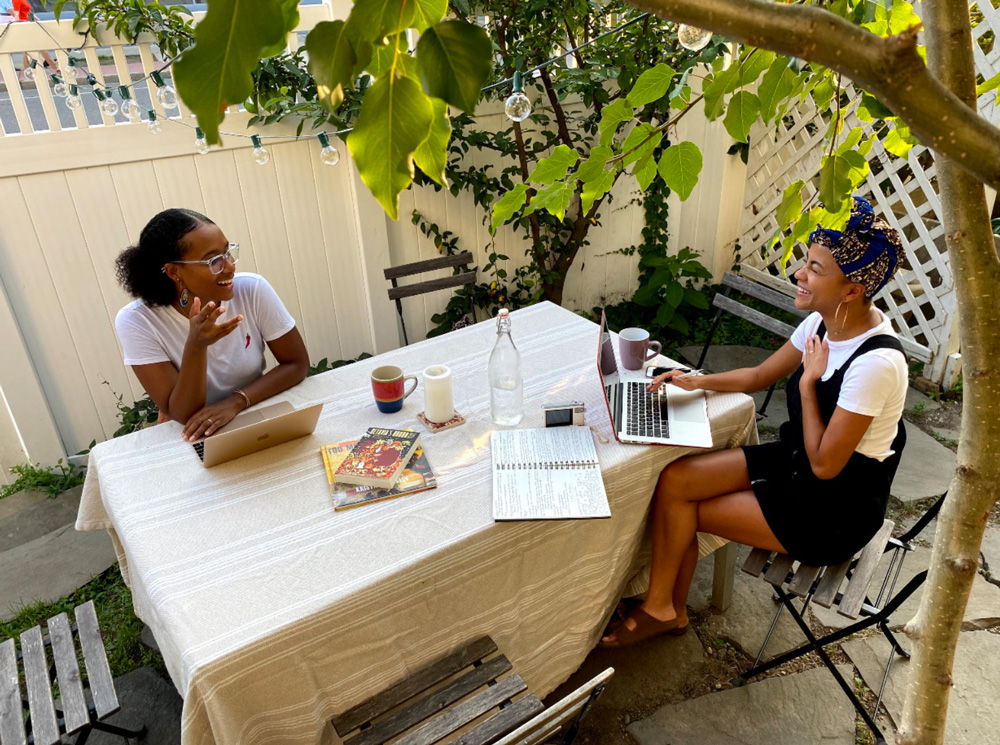 Lesedi Graveline ’17 (CLAS) says it was her UConn education that fostered her affinity for social justice and for addressing the deficit of Black and Brown voices in academia — especially at her current university, Harvard, where she is pursuing a master of theological studies.

“There’s a dire need for more Black scholarly work, particularly at the Ivy League level. Harvard is a complicated place with a complicated history, given that it was built by slaves,” says Graveline. “And we as Black scholars have a contentious relationship with the university,” which is why she knew she had to be a part of the Freedom School.

“Freedom School: A Seminar on Theory and Praxis for Black Studies in the United States” is a two-semester, one-credit course established at Harvard last fall by Graveline’s colleague and friend Najha Zigbi-Johnson.

This course, says Graveline, “demonstrates that there’s knowledge coming from our communities and our experiences, and exchanging that knowledge and experience with each other is still a scholarly exercise.”

Grounded in the framework of the 1964 Mississippi Freedom Schools that provided a supplemental education in history and social justice for African American youth, it is student-led and features a nontraditional curriculum steeped in Afro-surrealism and Afro-futurism. Its pièce de résistance is a 94-page literary magazine that Graveline co-edits. The poems, essays, stories, and artwork come from writers and artists “across arbitrary divisions of race, class, gender, religion and sexuality,” reads the foreword.

Graveline and her Freedom School cohorts hope the magazine serves as a call to action to create, inspire, and imagine without constraint. And as a new semester begins, she says that while this moment is filled with uncertainty there is also opportunity. “I’m a strong advocate for finding beauty in uncertainty and the opportunity for growth in unpredictability,” she said. “It is scary, and overwhelming, but it also means all the possibilities in the world — and there’s a freedom in that.”