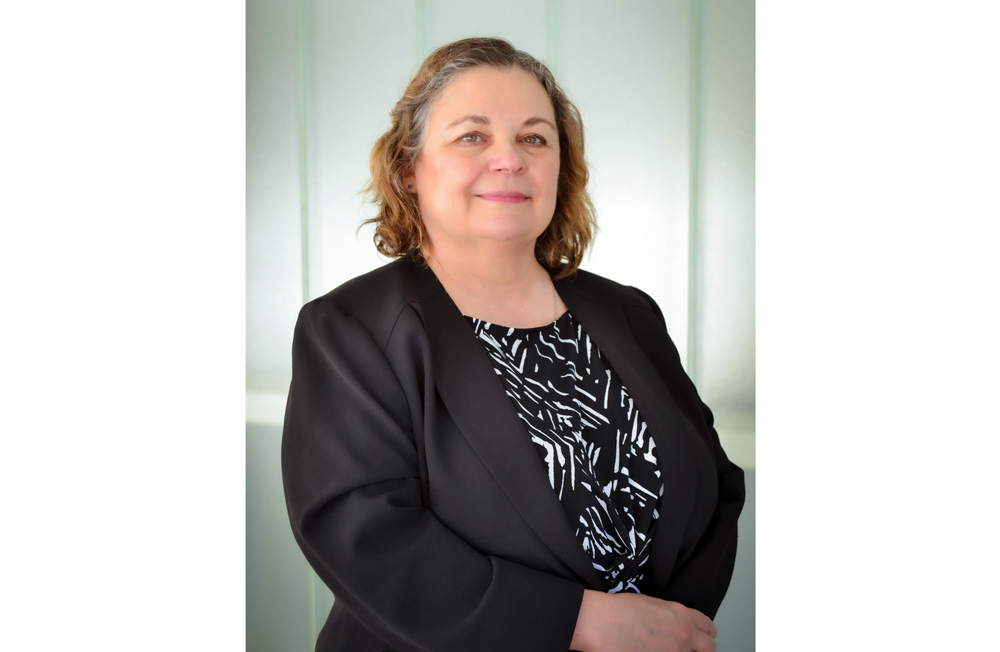 Mary-Ellen Barrett ’88 JD admits that she once liked the movie “Pretty Woman,” the Cinderella-like tale of a prostitute played by Julia Roberts. She cheered when the theme song for the movie “Hustle and Flow” — “It’s Hard Out Here for a Pimp” by the hip hop group Three 6 Mafia — won an Oscar for Best Original Song. Her opinions changed quickly when the longtime deputy district attorney in San Diego County joined the human trafficking division in 2011.

“It was a window into a world that I didn’t know existed,” Barrett recalls. “I thought, my god, this has to be stopped.”

Barrett, 56, has devoted nearly 10 years to doing exactly that, to fighting a modern-day version of slavery, whether it is forced labor or sexual exploitation. She has tried cases, led sweeping, multi-agency efforts, and worked with schools to raise awareness of the crime. Most recently she was named to a national advisory board that will provide legal assistance to prosecutors combating human trafficking in Tanzania.

Looking back now, the West Hartford native says her whole career has led her to this fight, though that was never her plan. After earning a bachelor’s in international relations at Georgetown University, she moved home to attend UConn Law, then joined a civil law firm and began working on personal injury, medical malpractice, and insurance fraud cases, but she did not see the inside of a courtroom.
Then Barrett took a flier. She followed a boyfriend to San Diego, where she eventually got an offer to join the county’s district attorney’s office. She had no intention of settling on the West Coast, but thought she would give it a try for a couple of years. In 1990 she started in the division charged with collecting delinquent child support and instantly her dream of litigating came true. She went to court four days a week — to make deadbeat parents pay up.

“I was threatened several times during that year and had my tires slashed,” she says. “When you go after people’s money they get very angry. It was an eye-opening experience.”

After her first balmy California winter, Barrett’s plans to return to New England faded, though she remains a diehard Red Sox fan and never passes up a Dunkin’ Donuts in an airport. She not only loved the weather, she loved working in the D.A.’s office. She moved to prosecuting misdemeanors, graduated to felonies, then joined the narcotics division. She learned to work with informants and undercover cops, how to get wiretaps, and how gangs work. She went to every training session she could. At one, she listened to the recording of a wiretap of a gang talking about its prostitution ring.

“They were so blatant,” she says. “They didn’t think anyone would do anything about it.”

Dark Side of Paradise

Beautiful San Diego ranks as one of the top 13 areas in the country for human trafficking. Some 3,500 children and adults are trafficked there each year, overwhelmingly for sexual exploitation, according to a 2015 study. That underground sex economy is worth an estimated $810 million a year.

And San Diego represents a larger trend — human trafficking is pervasive and on the rise in the U.S., Barrett says. She attributes that change to how the internet has made the crime easier to commit and harder to prosecute. When Barrett first joined the human trafficking division, some prostitutes still walked the streets looking for johns, which made the crime visible. Now women are sold for sex largely out of sight via social media, which makes it far harder to catch pimps or crack gang-run rings.

“It’s a low-risk, high-profit crime,” Barrett says. It’s a world away, but prosecutors in Tanzania face a similar challenge. The country has made human trafficking a far more serious crime but prosecutors there have yet to make real headway trying cases under these tougher statutes. That is why the National District Attorney Association, which is a resource for prosecutors around the U.S., made its mentoring services available to Tanzanian prosecutors, who can call on members of the association’s human trafficking advisory board, such as Barrett.

Barrett has not seen the inside of a courtroom for nearly three years as she has fought the crime on another front — the supply side. Since 2018 she’s been giving presentations in schools about how human traffickers recruit minors. If teachers, parents, and students know how these criminals work and how pervasive the crime is, the harder it will be for them to lure children into sexual trafficking, she says.

“Any child with a smartphone is vulnerable,” she says. “The perpetrators don’t need to come in the front door any more. They come in via the internet.”

Barrett will return to the courtroom. She’s missed it, despite how draining working on human trafficking cases can be.

She says she revives herself with a shot of “normalcy” on the weekends by going to her son’s basketball games. Being a mom also made her cut back on her long hours, but not by much she admits.