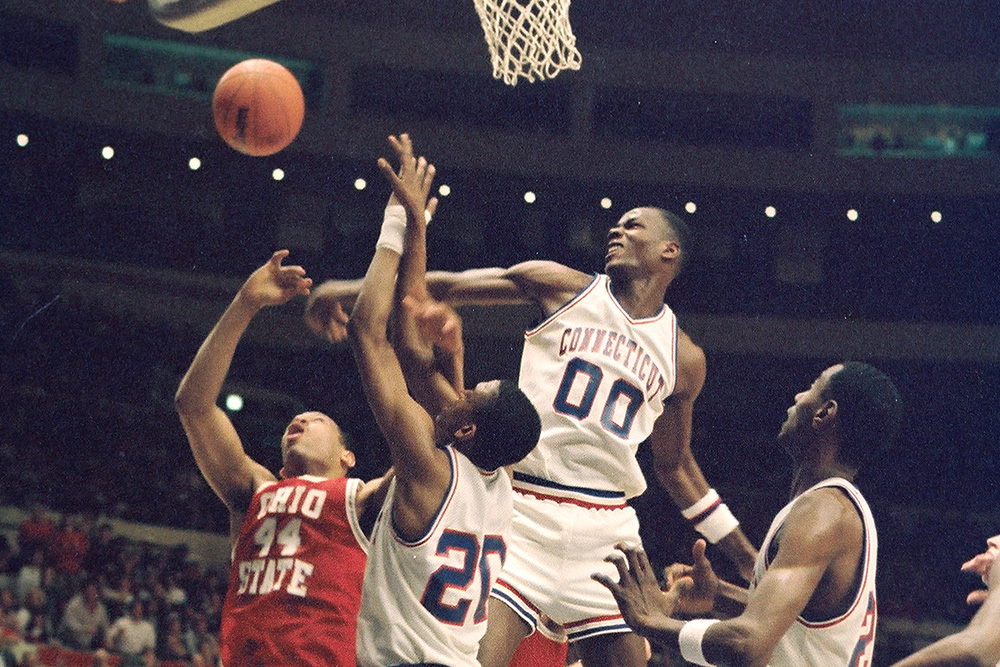 Cliff Robinson blocks a shot during a game against Ohio State, Hartford Connecticut, 1988.

When former UConn basketball star Cliff Robinson sadly passed away in late August at an all-too-young 53 years old, it undoubtedly sent the thoughts of longtime UConn fans hurtling back to a much different time period in the history of the program — a time before the Ray Allens and Richard Hamiltons and Kemba Walkers wore UConn uniforms, a time before four NCAA championships, a time before seven Big East Tournament titles.

As the UConn basketball beat writer for the Journal Inquirer in Manchester, Connecticut, I was on the scene when Cliff Robinson arrived in Storrs in 1985, a time when UConn’s main goal was to avoid playing in the 8–9 elimination game of the Big East Tournament. At the time, Cliff was not the kind of recruit who usually ended up at UConn — at six feet ten, 225 pounds, strong and agile, he was a big-time talent who could have gone to Oklahoma, or Marquette, or Syracuse.

Cliff was a talent level above the recruits UConn had been getting, and he knew it. Menacing and intimidating, he could be downright surly at times. That changed somewhat when a strong-willed Jim Calhoun took over as head coach in Cliff’s sophomore season, threatening to “send his ass back to Buffalo” if his attitude didn’t adjust. Even though Cliff laid the groundwork for the UConn that was to come by helping the team win an NIT championship in 1988, earning all-conference status twice and scoring more than 1,600 points, he was never fully embraced by some UConn fans, who unfairly placed most of the blame on him when the team failed to make the NCAA Tournament. 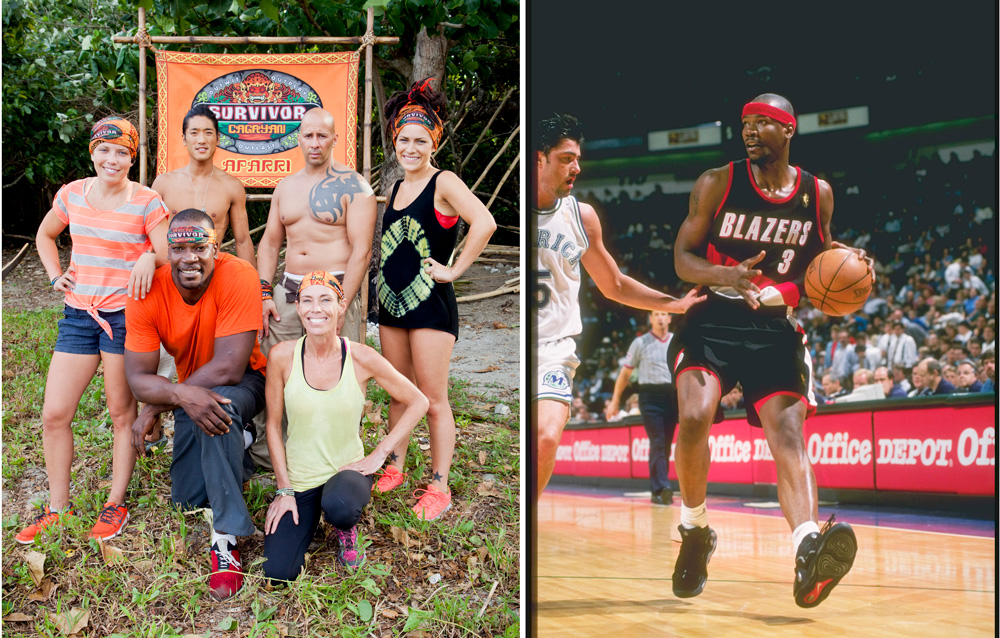 The 1989 NBA draft at the Felt Forum in Madison Square Garden, however, was destined to be Cliff’s night to shine. The Connecticut sports media was in attendance in full force, ready to cover the story of UConn’s first-ever NBA first-round draft choice.At that time, the players invited to the draft sat in the front row, leaving their seats to come onstage as their names were called.

As the draft delved deeper into the first round, more and more of those seats were empty, until the first round ended and Robinson was alone in the front row — with players of clearly lesser talent selected before him.

Cliff waited no longer but got up and bolted out of the Felt Forum, walking out into the rainy New York City night, with the entire Connecticut media contingent following. As we called out “Cliff!” he stopped and slowly turned around, while we apprehensive reporters approached cautiously, wary that an angry Cliff Robinson might explode. But it was a totally different Cliff Robinson who stood in the rain and spoke to the media that night — soft-spoken and sincere. It wasn’t hard to tell that he was emotionally hurt, embarrassed and humbled. And maturing right before our eyes. It was the night Cliff Robinson grew up.

“They don’t really know who I am,” said Cliff, who was eventually selected by Portland in the second round. “But I am going to show them.”

And show them he did — 18 years later, out of all the players selected in that 1989 draft, only Cliff Robinson was still playing in the NBA, with a Sixth Man of the Year Award, an All-Star Team selection, and two All-Defensive Team selections on his résumé.

Cliff was mellow, almost lovable, as an elder statesman, always proud of his UConn heritage, a frequent attendee at Calhoun’s alumni games, and a sometime visitor to a campus game. Sadly, the newest generation of UConn players will not get to know him. Cliff Robinson could teach them much about coming full circle.