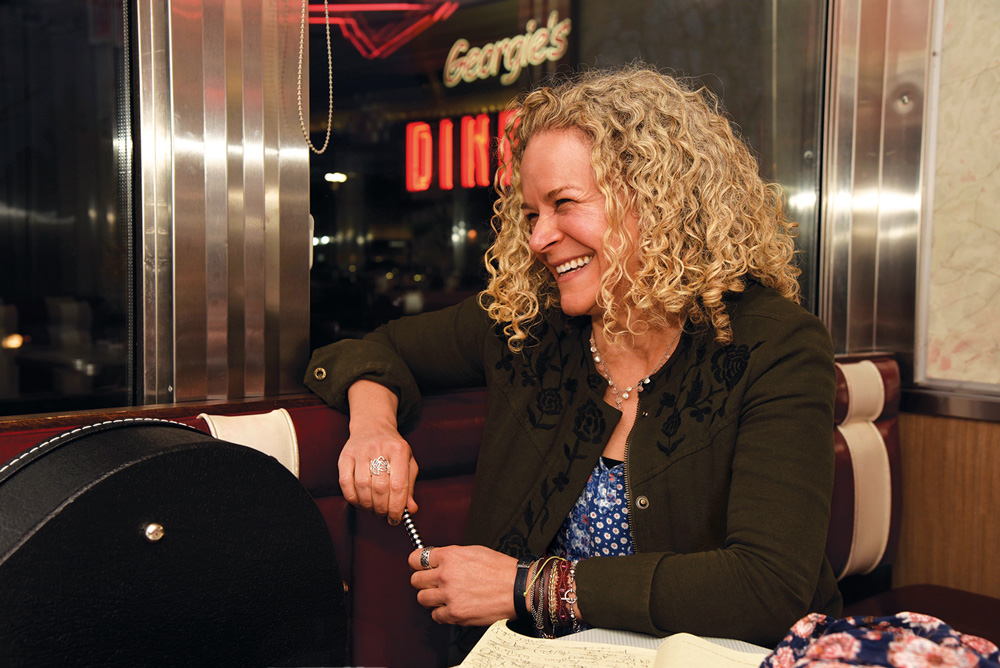 After completing her degree in policy at the School of Social Work, Lara Herscovitch ’95 MSW traveled around the world for six years as an education specialist for Save the Children, carrying her guitar as a traveling companion around the U.S. and on several continents, singing and writing songs as she had done since childhood. In 1998, a friend invited her to perform with him in New York City.

“Every single light bulb in my heart and soul went off,” she says, recalling that. “It wasn’t even a choice. I knew I had to do this.”

Herscovitch spent nearly two decades leading a dual life. Weekdays, she was a social worker evaluating a nonprofit program, writing a grant, or testifying before a legislative committee. At night or on weekends she would head to a recording studio, an open mic night, or a scheduled performance while creating and releasing six albums on her own LaRama Records label.

To leave more time for music, she reduced her full-time work from five days a week to four, moving from the Greater Bridgeport Area Foundation to Connecticut Fund for the Environment and Save the Sound, and then spending nine years with Connecticut Juvenile Justice Alliance.

With each new recording of contemporary folk music, she expanded her performances beyond Connecticut, receiving critical praise for both her music and her stage presence. In 2009, she was named Connecticut’s State Troubadour — an ambassador of music and song who promotes cultural literacy — and gained national attention that year on American Public Media’s “A Prairie Home Companion,” appearing on its broadcast from the Palace Theater in Waterbury.

Three years ago, Herscovitch realized her goal of pursuing music full time. She completed “Highway Philosophers,” her seventh recording and first since becoming a full-time musician, just before the Covid-19 pandemic hit and ended the tour she’d planned to promote the album.

Like all other performers, you’ve been sidelined because of the pandemic. How is it going?

Right now is a very confusing time, but overall it’s great. I am a musician at my core, and it took me a long time to get here. It’s been really rewarding to have more time to focus on it all. The pandemic has helped me understand the importance of music and art in general. When I was working full-time in the public policy world, I felt like that was important work. If I’m being honest, I felt like it was more important than music. Now I really see and feel how they’re both important, just in very different ways.

Your music often addresses themes of social justice and you volunteer time with connected organizations. It seems you continue to be involved in social work, just in a different way.

I don’t think that’s ever going to change. I am one of the protesters showing up in support of Black Lives Matter. I think it’s important for all of us to take this very late opportunity to evolve and to make this country healthier, increase equity and justice. I’m trying to show up and let my music also be of service. Some of it’s always going to be personal. Some of it’s going to be aspirational and some of it is probably always going to be social justice because I care about the world. 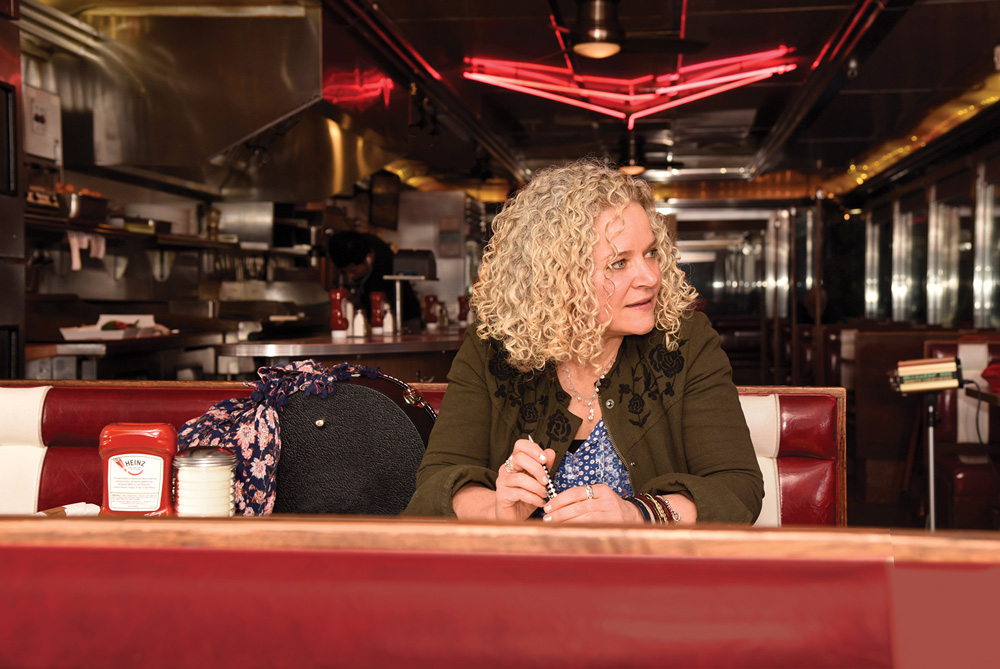 Has it gotten better for independent artists since you started in the biz?

It’s a work in progress. A lot of folk venues are all volunteer, great community builders. I’ve learned over time the way that music can bring an individual closer to themselves and also bring individuals together and a whole community of people together. We’re not even close to being mainstream popular in terms of pop music. I guess we can answer that question if, and when, the cultural taste swings back to us. Someone told me that folk music represents something like 1% of the music market in America. It’s a beautiful field, and I really appreciate the ethic and values of American folk music.

You describe “Highway Philosophers” as “an album of adventure, authenticity, courage, and freedom.” Why?

This is an album of the hero’s journey and all the different elements of it. I took my own leap of faith into full-time music before I wrote it all, so that’s reflected throughout it. I always hope to inspire people to lean into their best self in the same way that I’m trying to lean into my best self. This is the first album, with no disrespect to any of the ones that came before it, that I just feel so thoroughly proud of. This time if a song felt good enough, I knew it wasn’t done, and I had more time to get it right. It took a long time to do, and it was a painstaking process in the studio, which also can be fun. I feel at peace. If I get hit by the proverbial bus, I will feel content that I was able to release this album before I went.

Can you leave us with a fun “on the road” tale?

I remember a gig very early in my career in Northampton, Massachusetts — I was excited to break into that scene. When I got to the venue, I discovered it was the bar connected to a bowling alley. The whole place had maybe five people in it, including me and the bartender. Every time someone would come through the door from the bowling alley to the bar and back, blaring rock music would come in too. I’d be in the middle of some touching, finger-picky, lyric-rich ballad, interrupted all throughout by parts of Rick James’ “Super Freak” — I had to laugh.