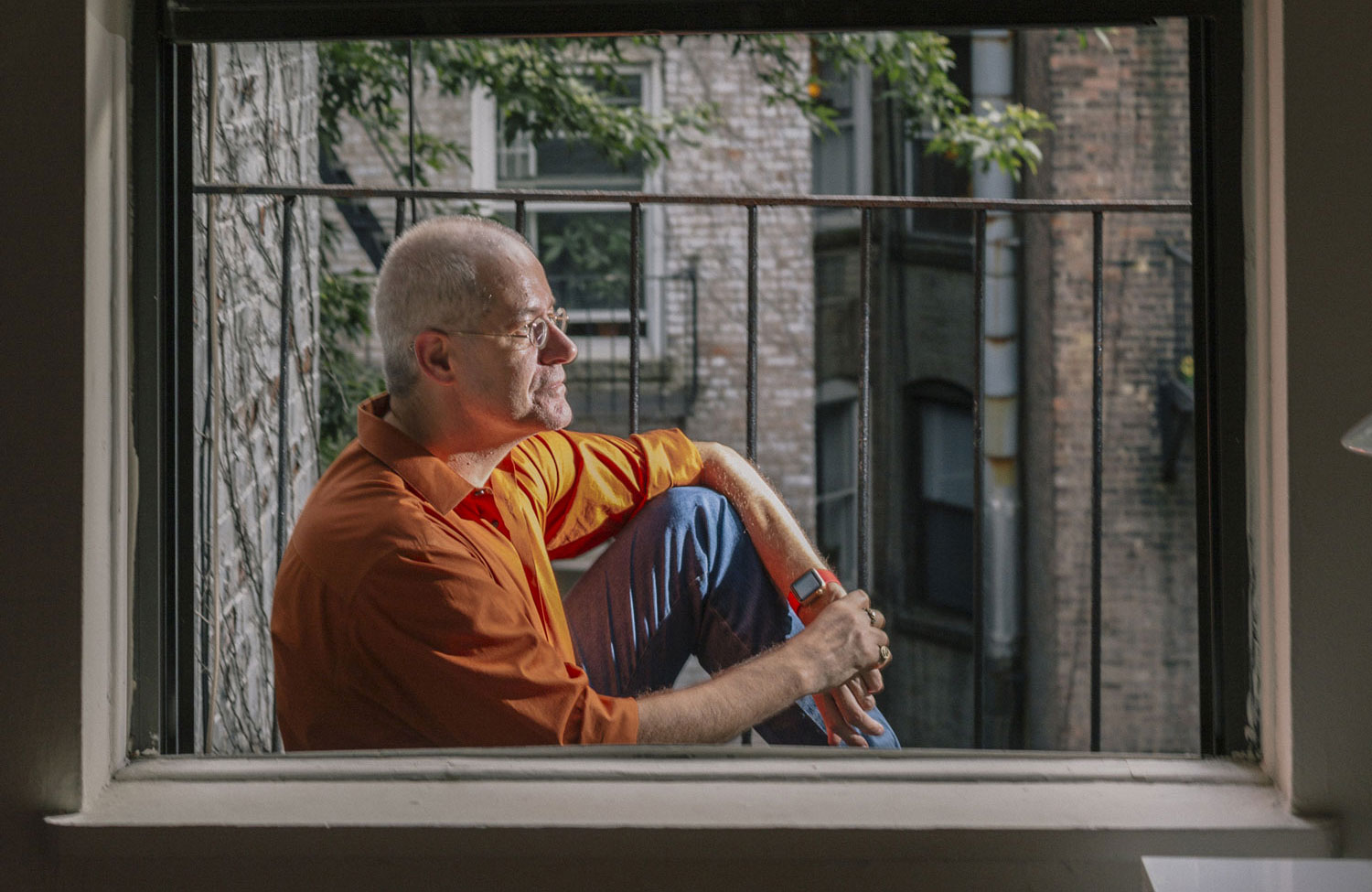 The key to personal modern happiness, says Pigliucci, just might be found in the ancient Greco-Roman philosophy of Stoicism — which he discovered on Twitter.

Some people when stressed ask: What would Jesus do? or What would Luke Skywalker do? Massimo Pigliucci ’94 Ph.D. asks: What would Epictetus do?

Pigliucci believes the teachings of ancient Stoic philosophers like Epictetus can help us temper our response to the everyday tensions of life. In “A Handbook for New Stoics: How to Thrive in a World Out of Your Control,” he provides 52 weekly lessons applying the teachings to modern life.

Although he credits stoicism with alleviating the daily stressors of his personal, public, and social life, Pigliucci hasn’t always been a Stoic — or even a philosopher. After getting his doctorate under Carl Schlichting, head of the Ecology and Evolutionary Biology (EEB) Department at UConn, he became an assistant professor in EEB at the University of Tennessee, where he made significant contributions to the field and even won the Theodosius Dobzhansky Prize for outstanding young evolutionary biologist.

Then “I had a midlife crisis of sorts,” he says. “The year I turned 40, I got divorced and my father died. So I started feeling that, professionally, I needed to do something else.” Hence, graduate school for philosophy — which he considers one of the best decisions of his life.

But that’s not what brought him to Stoicism. Twitter did. He saw a “Help us celebrate Stoic Week!” tweet, decided to try it out, and was so impressed that he wrote “How to Be a Stoic” about his experience while on sabbatical in Italy.

So how can Epictetus and company help us today? When his own world turns stressful, Pigliucci often turns to one of the fundamental principles of stoicism: Some things are up to us, and some things aren’t. Epictetus says that a good life is one in which you focus on the first category and ignore the second one — or at least try to develop as much of an attitude of equanimity toward the second as is humanly possible.

For Pigliucci, a recent test involved his friends and family in Italy. “There is a northern Italian separatist movement called Lega that’s essentially a xenophobic group of people. It pains me to see Italy in that situation and it pains me even more because some of my own relatives are on board.” The Stoics believed that nobody does evil on purpose; they’re simply misguided. Pigliucci realized that engaging in discussions with family on Facebook, for example, was futile. “I tried several times, and it wasn’t going anywhere,” he says. “But these are good people, they’re just mistaken, so why would I want to ruin my relationship with them?”

Pigliucci realizes most people accept the first Stoic principle of focusing on the things within our control as opposed to those beyond our control, even if they find it difficult in practice — after all, it shares the basic premise of the famous Serenity Prayer penned by the American theologian Reinhold Niebuhr: “God, grant me the serenity to accept the things I cannot change, courage to change the things I can, and the wisdom to know the difference.”

Pigliucci also realizes that not everyone will agree with the Stoic idea that a friend or family member posting bigoted ideas is simply a misguided person whom they must bear with magnanimity — and he’s okay with that.

“Stoicism is simply one of a number of options that are available,” Pigliucci says, “and which one clicks with you depends on a number of things, like your predispositions, how you grew up, your culture. It may even depend on your stage in life. I don’t think that Stoicism is the only answer, but it certainly is a good answer.”