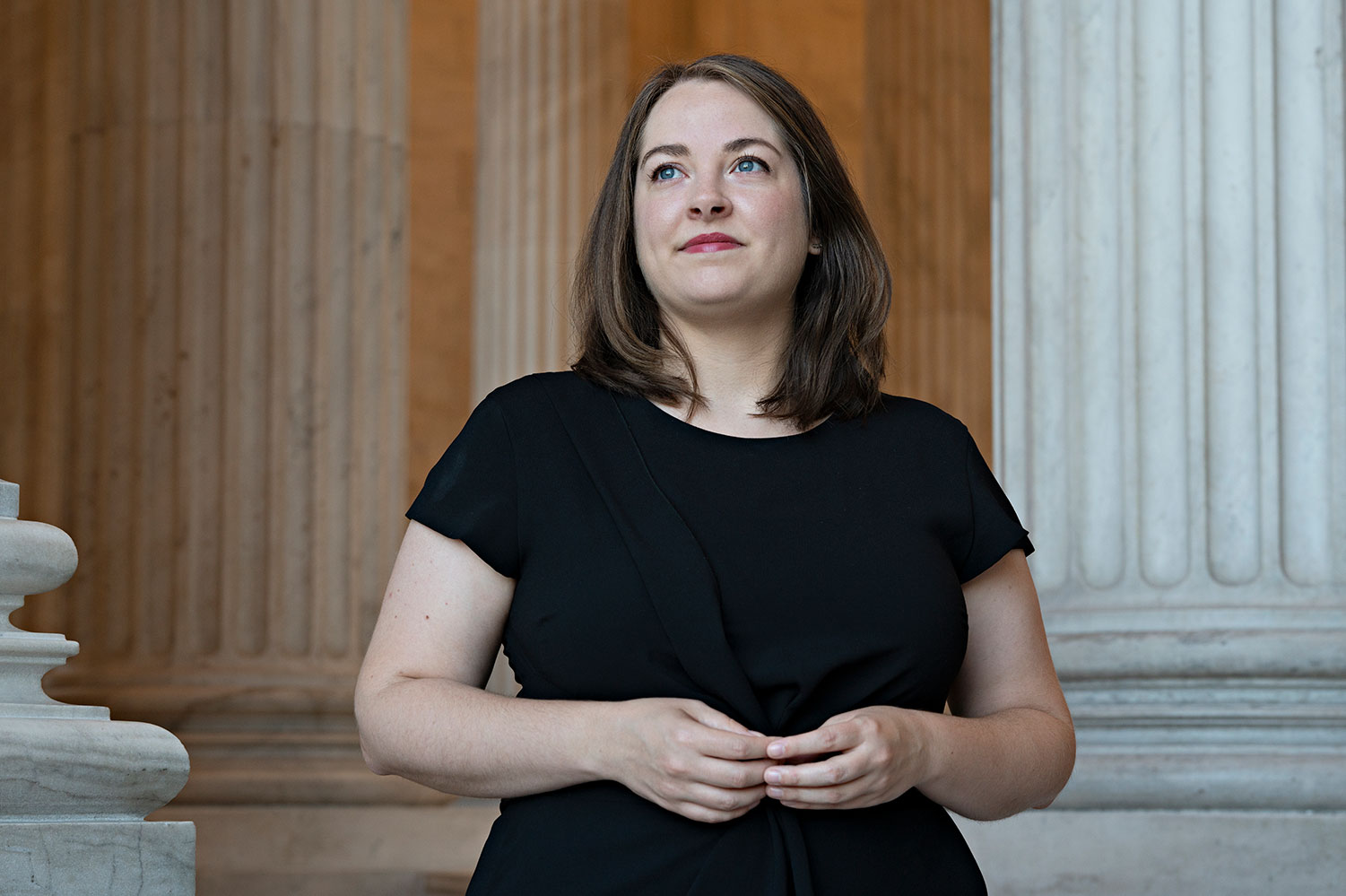 The "feminist awakening" of Jessica Kelly ’08 (CLAS),as she calls it, occurred when she saw friends in high school and college suffer sexual harassment and assault. It motivated her.

“Just the sort of gut reaction of dread and sadness around that made me want to learn more about feminism and women's studies," she says.

The first class Kelly took at UConn was women’s studies. And now, as the centennnial of the 19th Amendment approaches, she is chief of staff at Running Start, a Washington, D.C. nonprofit that says it has trained more than 15,000 young women to run for public office — and that 90 percent of them who have run, have won.

“I feel very strongly about inclusion and making sure that everybody has a voice and feels welcome at the table, and that’s a value that I’ve had since childhood,” Kelly says. “It’s something that my mother really drilled into me — that if there’s ever somebody who seems like they’re not feeling welcome in the group, you have to welcome them and make them feel like they belong.”

Studying at UConn made Kelly realize how those individual experiences “really do connect to these larger systems, and that there is a job there in the world where I can make sure on a wider scale that our institutions are opening doors to people who historically have not been included.”

Running Start is inclusive in that its board includes as co-chairs two Democratic and two Republican congressional representatives. Success stories include Avery Bourne, who at 22 was the youngest person ever elected to the Illinois General Assembly; U.S. Rep. Lauren Underwood, D-Ill.; and Ashley MacLeay, a member of the Board of Education in Washington, D.C.

Kelly, who also has master’s degrees from Southern Connecticut State (women’s studies) and George Washington University (higher education/higher education administration), has trained women in 23 states (including at UConn), as well as in Mexico and Jamaica. She works with high school and college women running for student government and with young women seeking all levels of public office. One of Kelly’s personal successes was working with Molly Rockett ’15 (CLAS), who, as a 20-year-old student at UConn in 2013, won a school board seat in her hometown of Somers, Connecticut.

At the same time, it took nearly 100 years for a woman to be elected speaker of the House (Nancy Pelosi, in 2007) and, of course, the country has not elected a woman president.

Kelly, who has not yet run for political office, sees room for improvement.

“A lot of the barriers that we still see, some are internal and it’s a need for confidence building and getting over things like imposter syndrome  — when young women think, ‘I actually don't belong here and one day everyone’s going to find out that I don’t belong here and everything's going to come crashing down,’” Kelly says.

“But there are also external barriers. There’s continued media sexism, particularly for female candidates, but women in leadership in general. And there’s the unequal distribution of household labor. But the wave of new women in Congress,” Kelly adds, “has made me very confident that we will get to political parity. My hope is that we continue to ride this wave.”