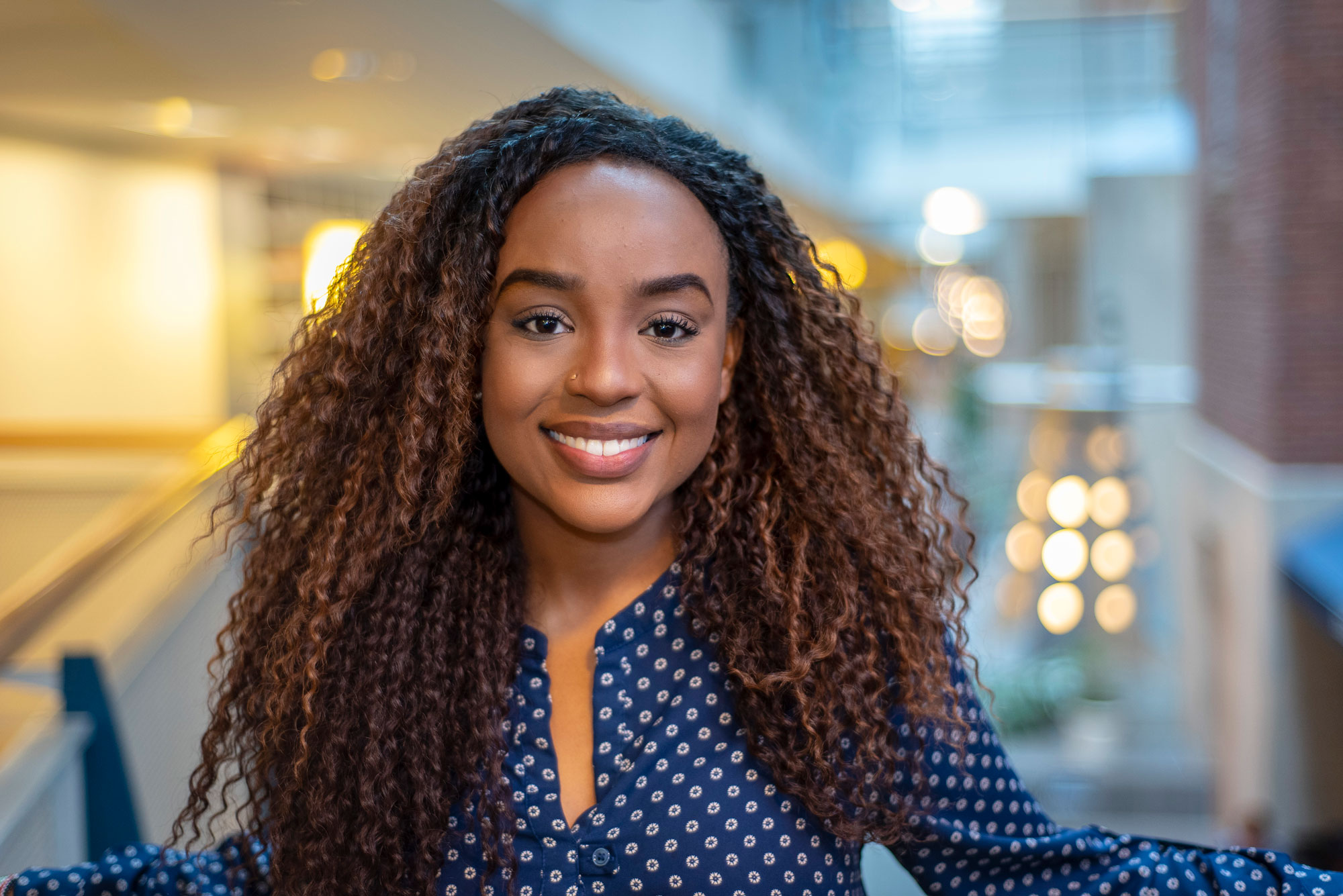 Wanjiku (Wawa) Gatheru ’20 (CAHNR), a rising senior majoring in environmental studies with a minor in global studies, has been named a 2019 Truman Scholar by The Harry S. Truman Scholarship Foundation and a 2019 Udall Scholar by the Udall Foundation. She is the first student in UConn’s history to win these two prestigious national awards in the same year.

Gatheru is one of just 62 students nationwide to receive the Truman award, presented to undergraduates who have devoted themselves to public service.The Udall Scholarship was awarded to just 55 college sophomores and juniors for leadership, public service, and commitment to issues related to Native American nations or to the environment.

“I have never considered a path outside of public service,” Gatheru says. “I come from a family full of healthcare providers, so it makes sense that I have always been drawn to serving people through public service.”

Prior to arriving at UConn, Gatheru spent a year in Thailand as a Kennedy- Lugar Youth Exchange and Study (YES) Scholar of the U.S. State Department, an experience that solidified her commitment to culturally competent conservation. She has completed internships with the City of Hartford’s Office of Sustainability and the Women’s Earth and Climate Action Network.

On campus, Gatheru served as vice president of the Undergraduate Student Government (USG) and as the student co-chair of the 2019 University-wide Metanoia, pursuing the theme of “Youth for Change.” She is a 2018 UC Santa Cruz Doris Duke Conservation Scholar and a 2018 Newman Civic Fellow, and is motivated to connect grassroots movements to institutions of power. She was a lead organizer in Connecticut’s first Youth Climate Lobby Day, a United Nations Global Health Fellow, a delegate at the 2017 U.N. Climate Change Discussions, a founding member of the President’s Council on Race and Diversity, and played a critical role in the successful implementation of an environmental literacy general education requirement at UConn.

Gatheru, who is from Pomfret, Connecticut, says she plans to pursue a joint JD and master’s degree, with hopes of a public service career that empowers and supports culturally competent, community-based environmental solutions — particularly focusing on educating, informing, and involving disenfranchised communities of color.

“While communities of color and low-income communities are often at the forefront of environmental injustice, these individuals are largely underrepresented in decision-making on climate, clean air, and transportation,” she says. “As a lawyer, I plan to work to bridge this divide by actively engaging front-line communities in the decisions that impact their everyday lives.”

She mentored students as a teaching assistant in the African American Cultural Center, is a peer research ambassador at the Office of Undergraduate Research, and is an intern at the Office of Environmental Policy. She hosts pop-up food closets as co-founder of the UConn Access to Food Effort (UCAFE), which seeks to address food insecurity and student hunger on campus.

“As the proud daughter of two Kenyan immigrants, I am incredibly aware of the sacrifices that my parents have made to ensure that my siblings and I have the opportunity to live a life beyond survival,” says Gatheru. “This truth grounds me in everything I do and motivates me to use my education to uplift those who may not have access to the opportunities that I have had.”