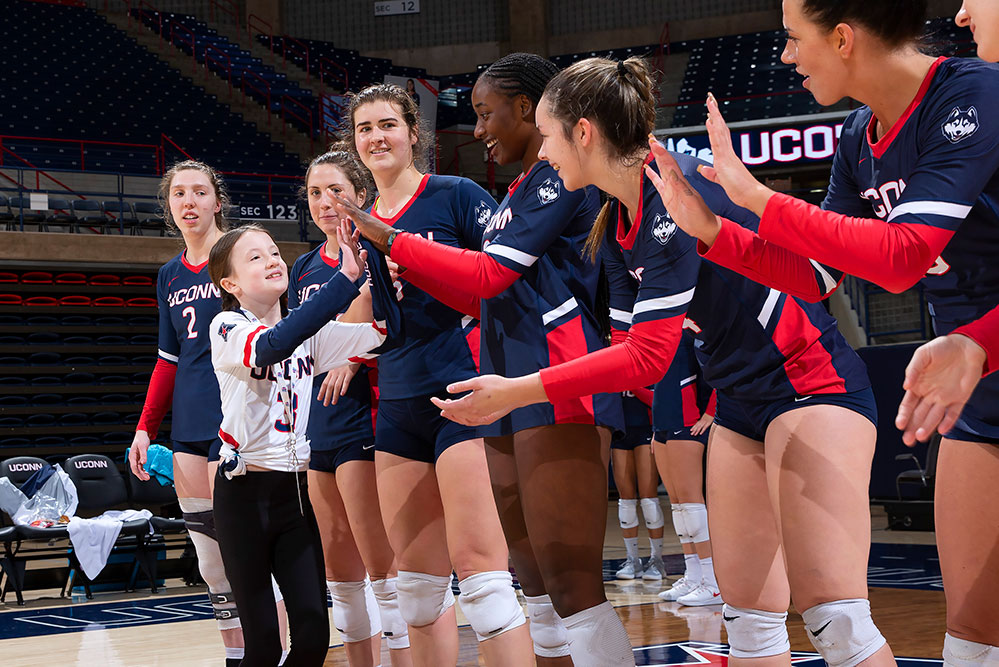 Elsa at a Women's Volleyball game against Wichita State this season.

Elsa Nocton has not quite hit teenagerdom and yet she has headlined the Hard Rock Café in New York City and is a member of the UConn Women’s Volleyball Team.

Typical of girls her age, Elsa talks a mile a minute. Her pile of homework is spread out on the couch where she never sits. Instead she bounces in front of me, spreading and twirling her arms for emphasis — whenever they aren’t busy scooping up and dangling one of her four cats. She’s telling me about singing at the Hard Rock Café for a fundraiser in which she helped garner more than a million dollars for the Hole in the Wall Gang Camp, a summer camp in Ashford, Connecticut, for seriously ill children and their families.

Elsa has a neuromuscular disease that causes chronic pain and fatigue. She can’t recall a day in her 12 years without pain. “There’s some everyday stuff that’s super simple for other kids I can’t do,” she says, “like putting up my hair. I have a lot of trouble even like brushing my teeth or making my lunch, opening things.”

She says she tries hard to stay positive: “I know so many camp kids who have it harder.” But getting through her school day with a good attitude means, “I’ll come home and I’m super, super, super cranky.” Her mother nods and laughs while filling a bowl with food for their rescue pit bull mix.

It was the kids at Hole in the Wall who told Elsa about Team Impact, an organization that pairs kids who have chronic or serious illnesses with college athletic teams. UConn has the most pairings in the country (see feature, Team Impact). 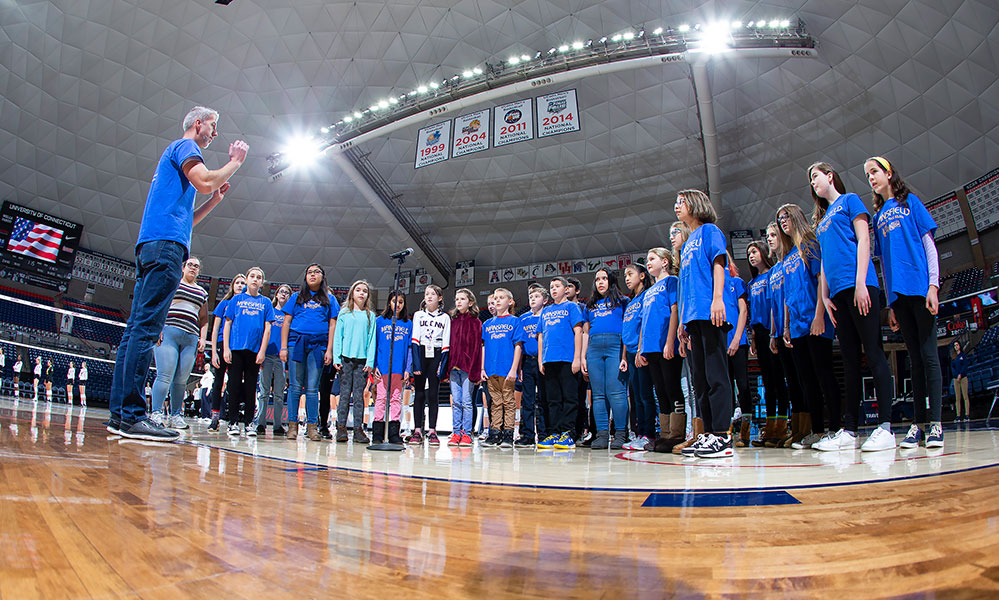 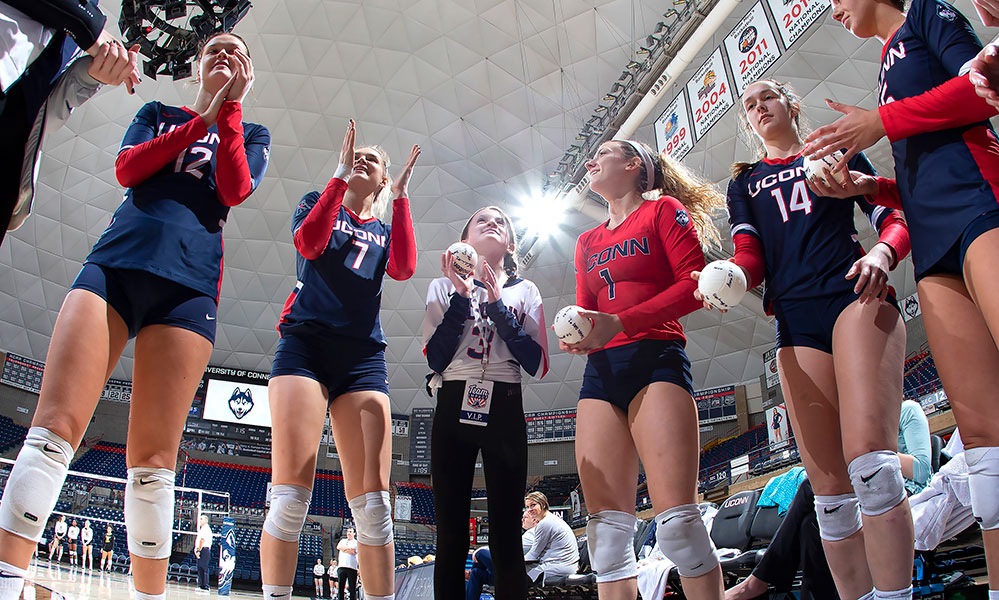 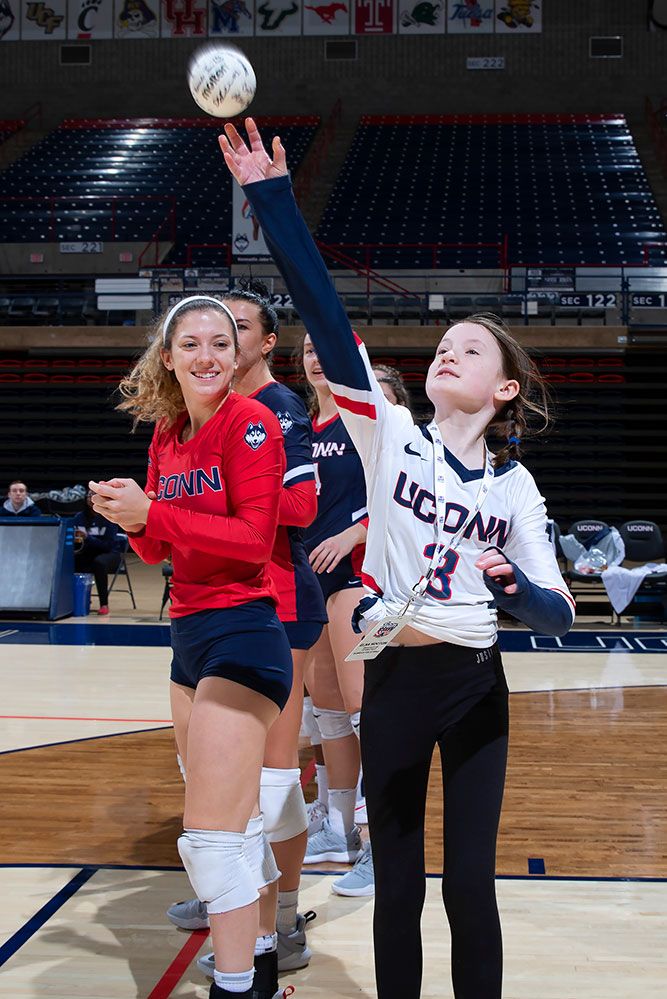 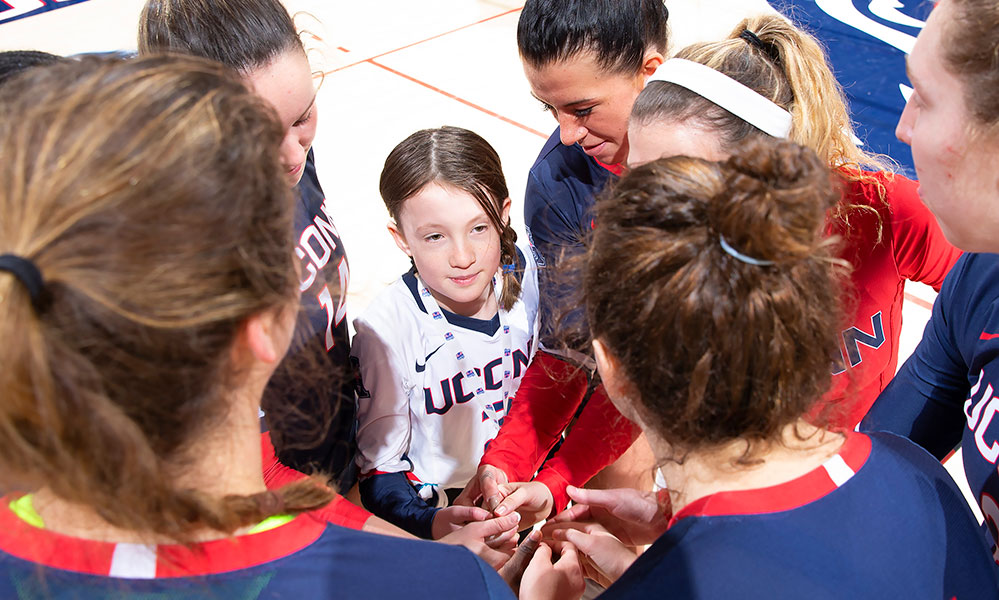 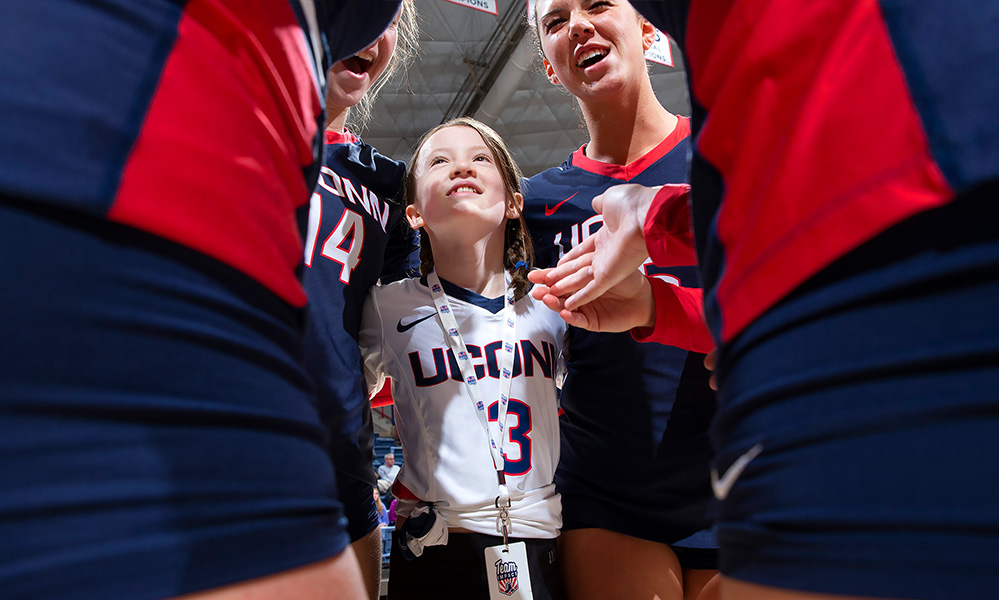 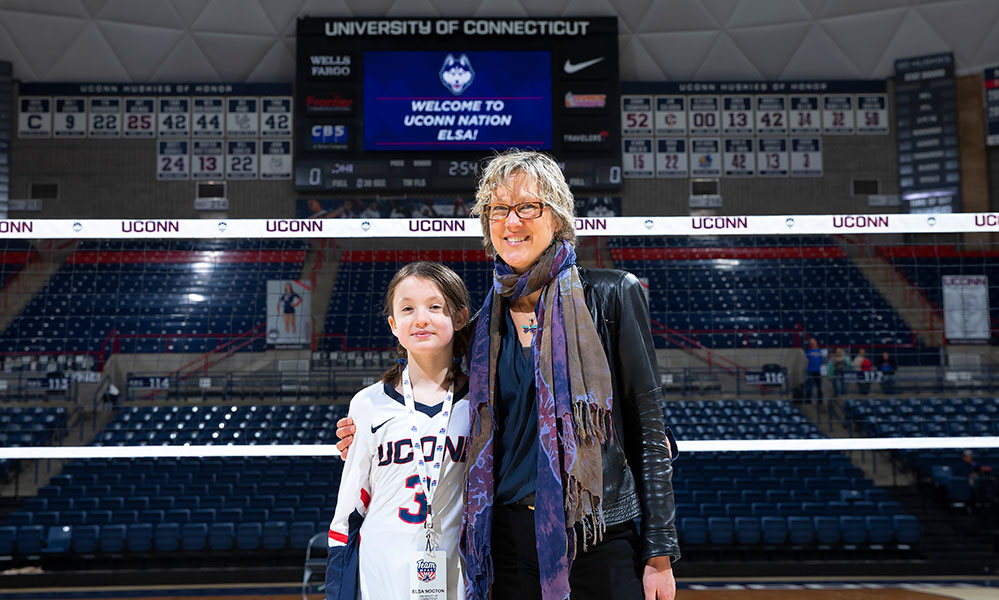 “One of the best things in my life is being part of that team,” says Elsa. “Even though the kids at my school are super nice, they don’t really understand. These girls are like 18, so they’re much more understanding and know how to deal with it. They’re basically like my second family. Like my big group of sisters.”

Elsa joined the team last year and because she lives in Storrs, she not only goes to team games and practices, and texts and FaceTimes with the players but, she says, sashaying from side to side, “We go out to the Dairy Bar a lot.”

The players say Elsa inspires them and helps them feel less homesick, too. When Anna Petrova ’21 (ACES), whose sisters are far away with mom and dad in Voronezh, Russia, was given a class assignment on her favorite athlete, she wrote about Elsa.

Says Elsa: “It’s just so different when I’m with them, I can just relax. I don’t have to cover it up with a smile.”