Who says concrete can’t float? Not UConn’s Concrete Canoe Association, that’s for sure. This student-run engineering club does the seemingly impossible: it builds and races a concrete canoe. 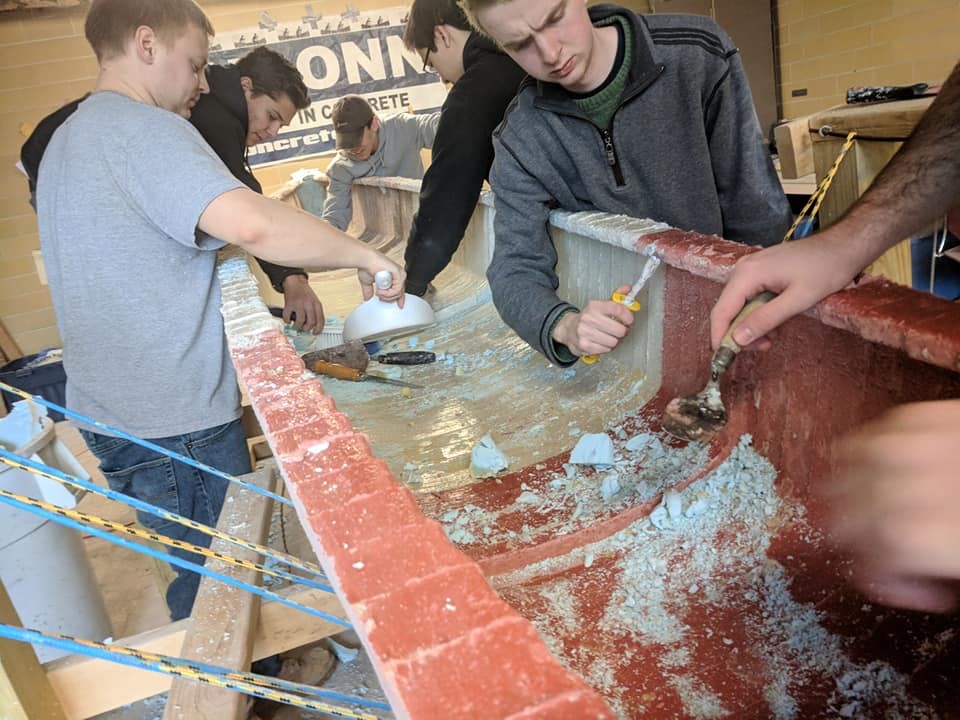 But the real genius work comes long before the team dives into solving physics equations and mixing concrete. Each of the 14 teams in the Northeast and 200 nationwide must design a theme for their canoe that represents their school. And this year, UConn’s canoe is an ode to everyone’s favorite Dairy Bar. The canoe, named the “Dairy Ferry,” takes on the traditional colors of Neapolitan ice cream (pink, white, and brown). But that’s not the only reason behind the team’s ice cream theme. Competition this year took place in Vermont, home of Ben and Jerry’s ice cream, and the team felt it was time to show Vermont what Connecticut ice cream is all about. “We’re bringing our ice cream to them,” says Christopher Schwartz ’19 (ENG), president of the club and one of the masterminds behind the Dairy Ferry’s creation.

To build a boat like this takes a lot of brainpower. The goal is to create a concrete mixture that is less dense than water. In other words, the canoe must weigh less than the body of water it moves through. It sounds complicated—and that’s probably because we’re talking physics here—but to the students involved, it’s a unique opportunity to apply what they learn in the classroom to the real world.

Each year, the American Society of Civil Engineers (ASCE) National Concrete Canoe Competition shells out a rules and regulations book along with a standardized hull design to every team competing. From this, the team must design a concrete mixture of cement, water, and aggregates, such as rocks, sand, or glass, that will successfully keep their canoe afloat.

Once the design is finalized, the two-semester-long process commences with cutting the mold for the canoe. The 18-foot Styrofoam mold is fashioned over the course of two meetings. The first is spent cutting the Styrofoam into 105 pieces on a routing table. The pieces are then placed like discs along a 4 x 4 wooden “spine” in the second meeting. Next comes “Pour Day”—a six- to eight-hour day spent in the workshop pouring concrete over the mold for it to take on its shape. Because concrete is very weak, a carbon-fiber mesh is used as a reinforcement so the canoe won’t fall apart. Once the concrete is dry, the mold is removed and voila! We have a canoe. Easy, right?

It’s at this point in the process when team members can trade in their brain fuel for muscle power. Every April when competition begins, each team must compete in five races: men’s and women’s sprints, men’s and women’s endurance, and a co-ed sprint. To prepare for these physical demands, the team spends several days rowing around Coventry Lake building stamina. Either there’s something in the water there, or this team has mastered the art of building a super light concrete canoe, because each year the team places higher and higher among the ranks. This year, UConn placed second out of 14 teams in the Northeast Regional Competition—the best it has ever placed since the club was revitalized in 2013.

But you can bet these students won’t just settle for second. UConn’s team is dedicated to building a better, lighter, and faster canoe each year in hopes of placing first and getting a chance to compete at the national level. We can see it, can’t you?

The Building of the Canoe 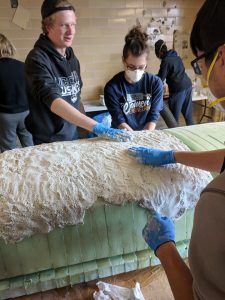 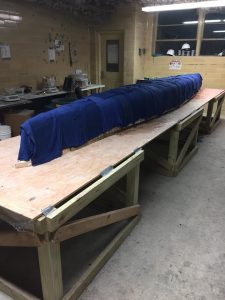 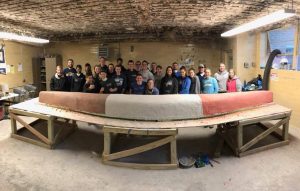 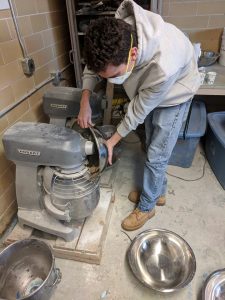 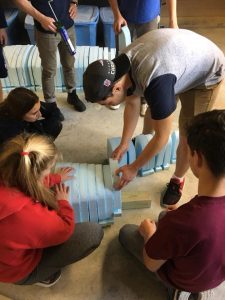 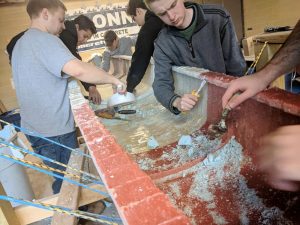 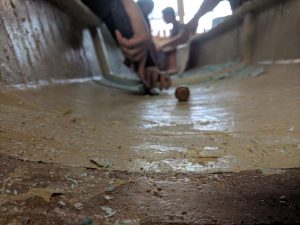 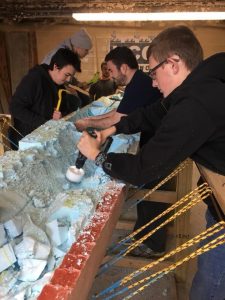 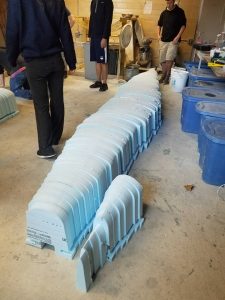 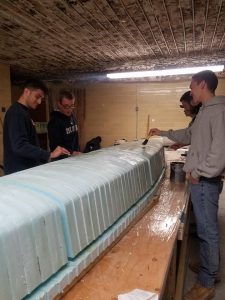 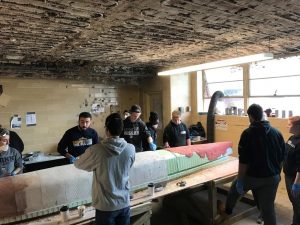 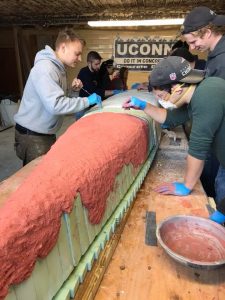 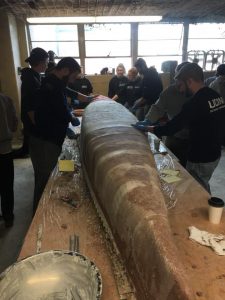 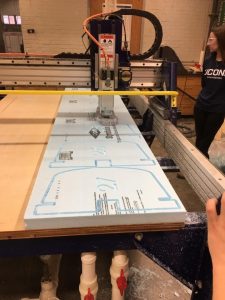 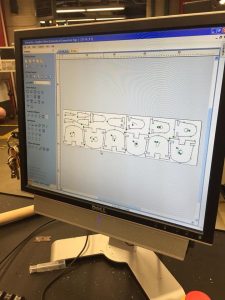 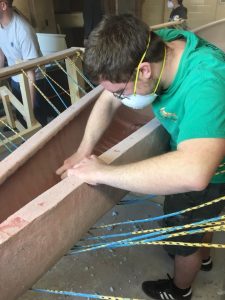 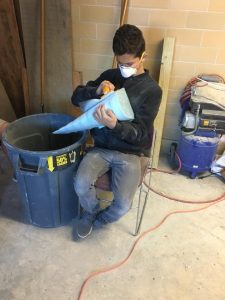 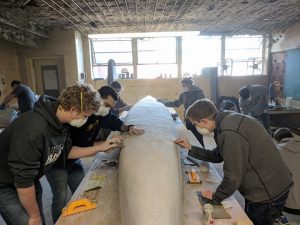 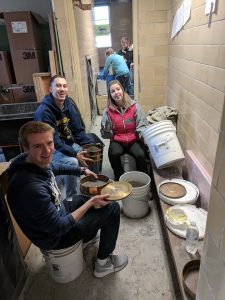 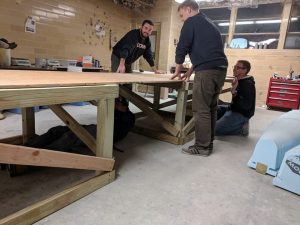 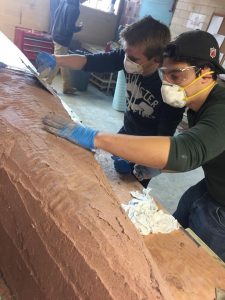 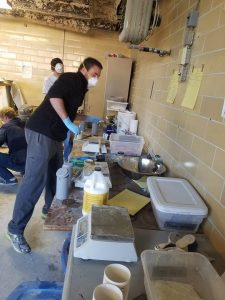 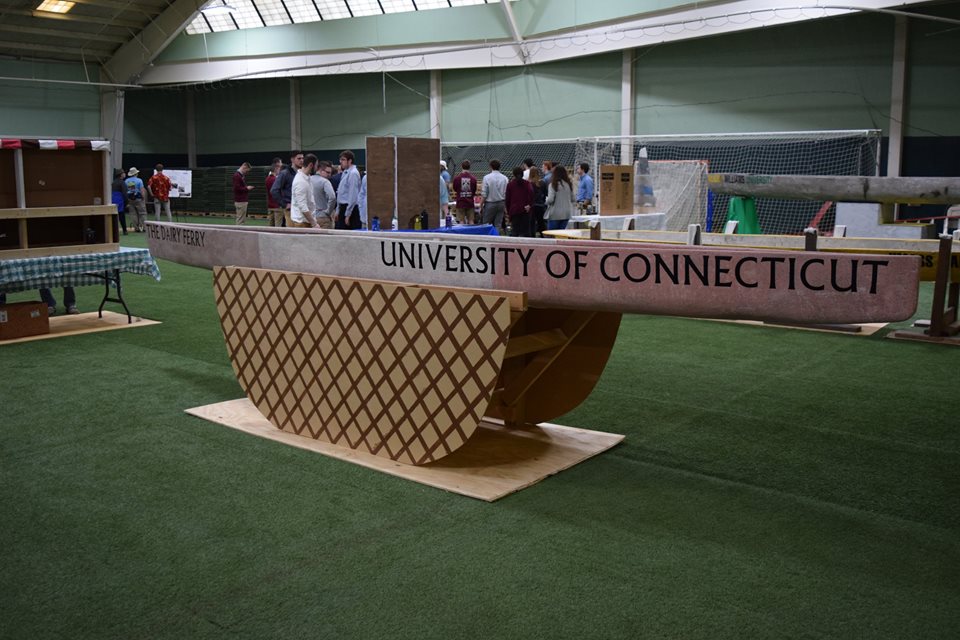 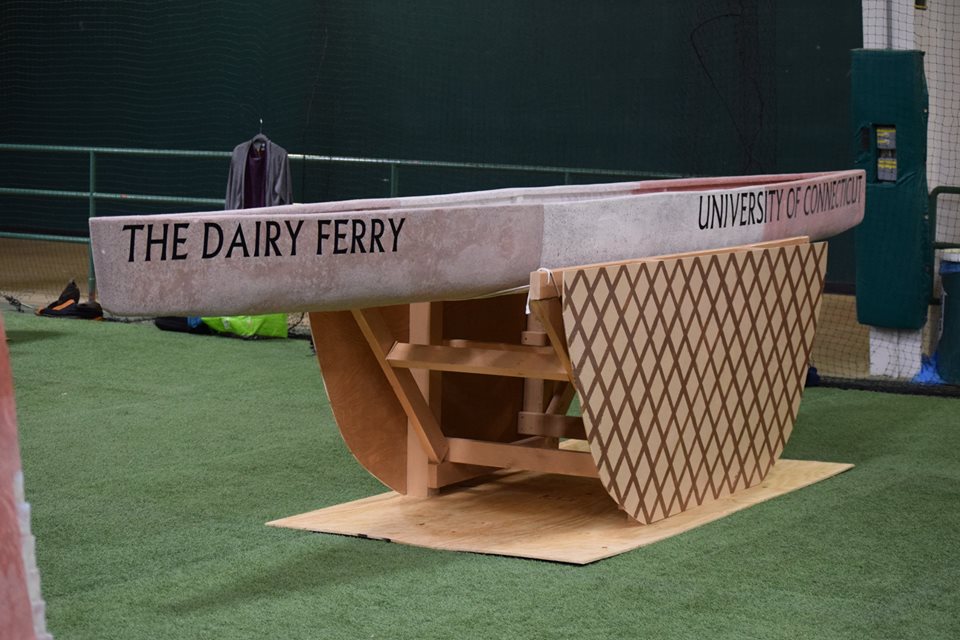 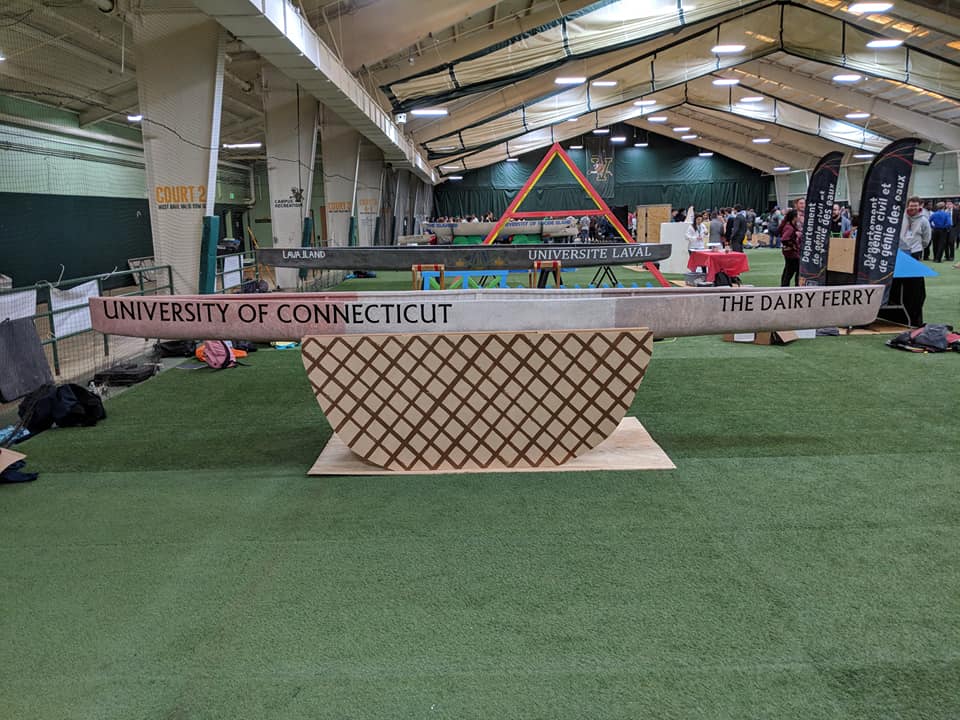 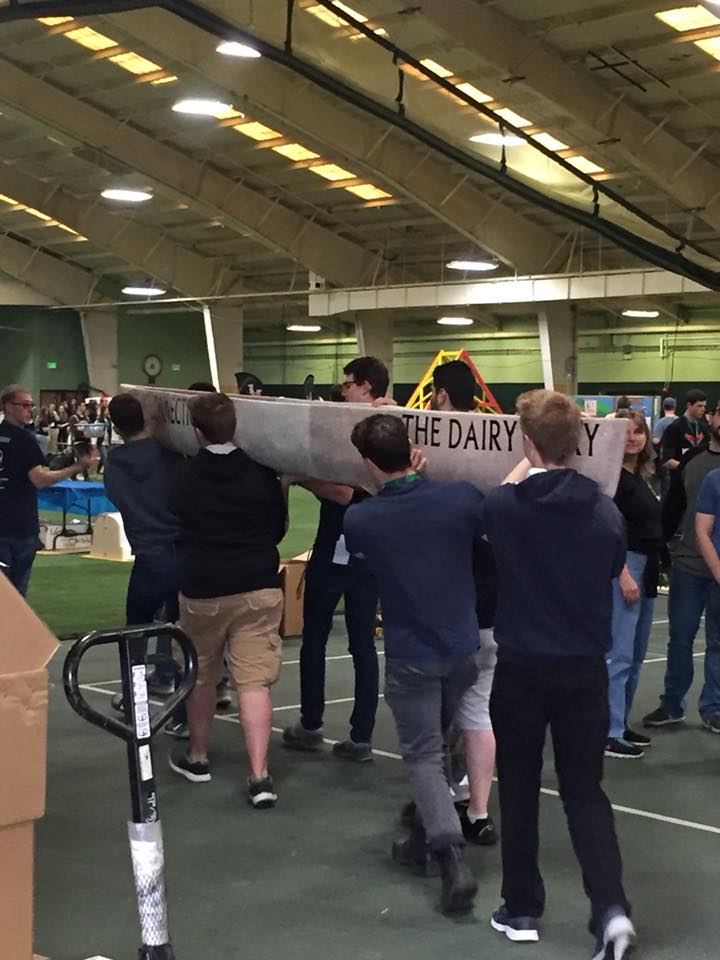 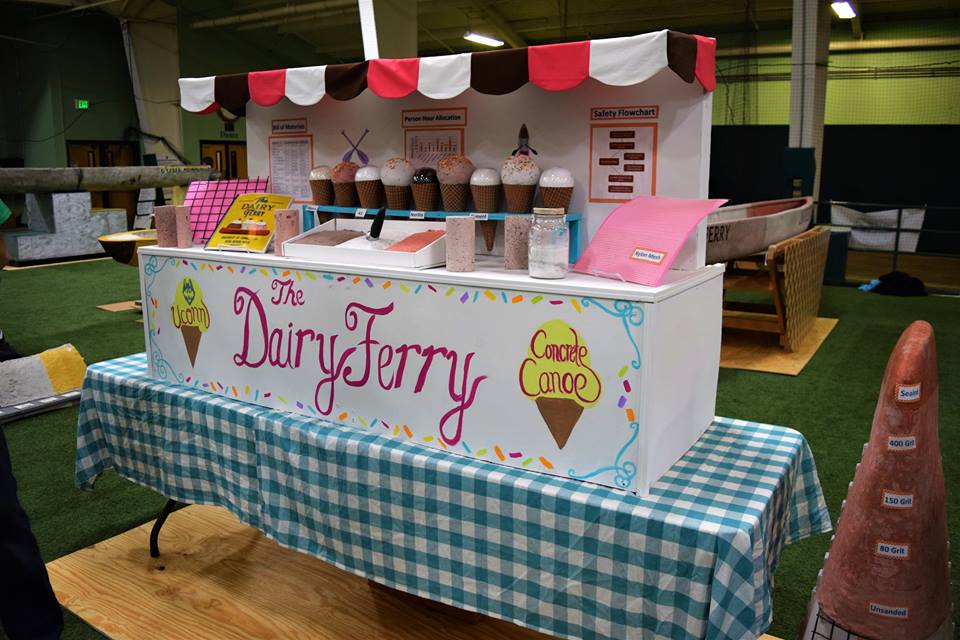 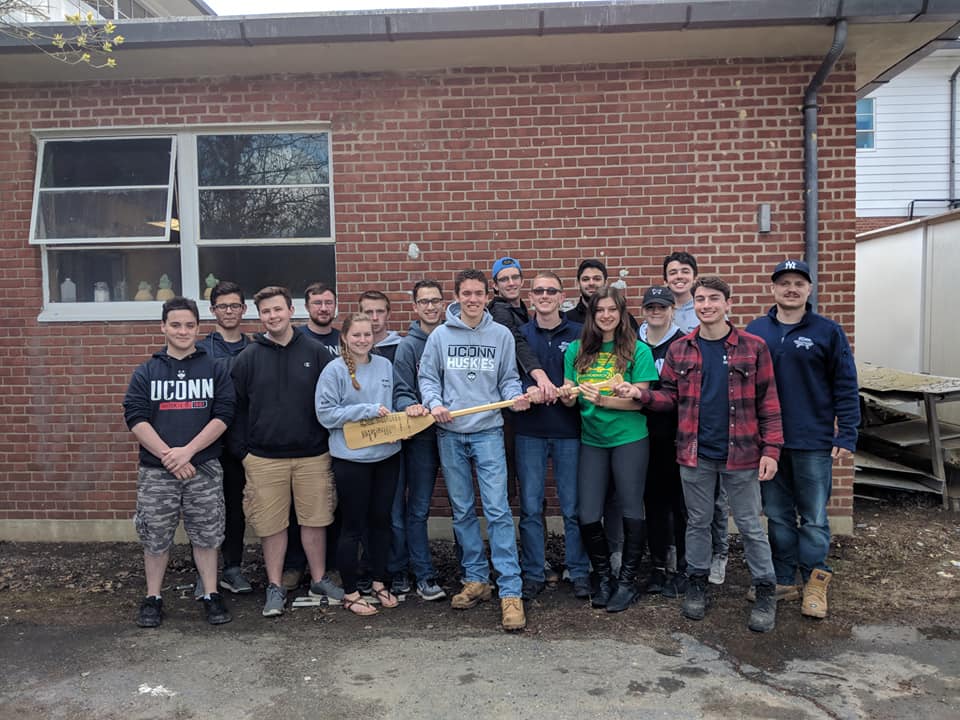 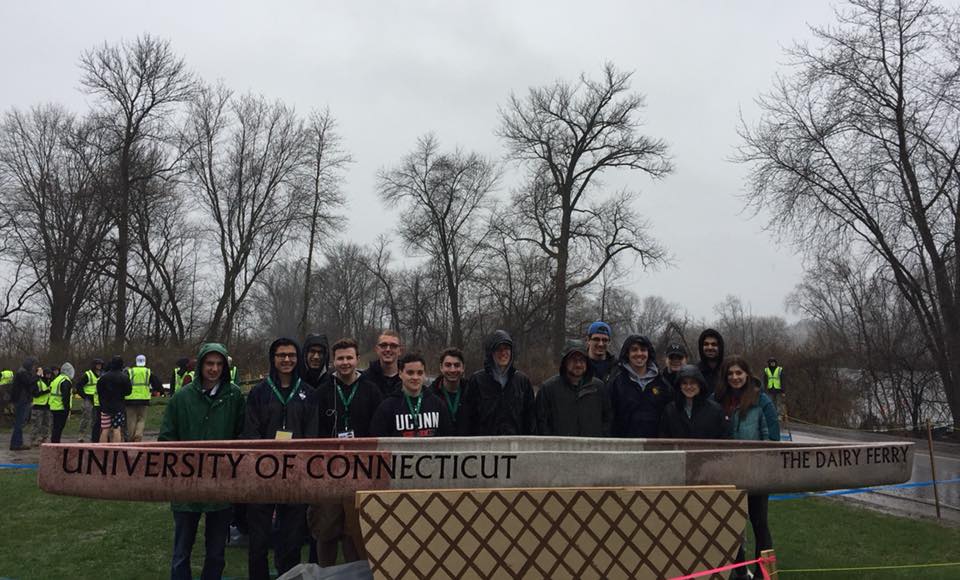