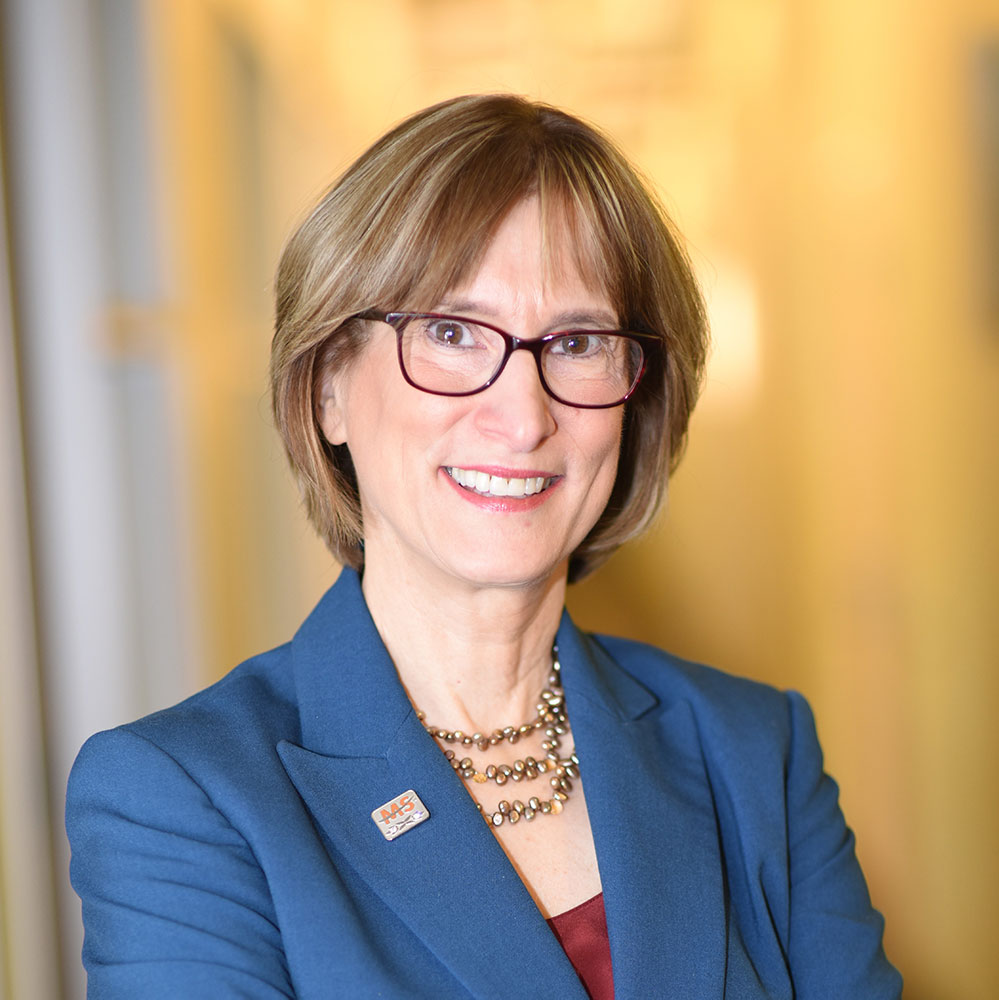 As president and CEO of the National Multiple Sclerosis Society, Cynthia Zagieboylo ’86 MA spends a lot of time working to keep down the price of prescription drugs. She made headlines in 2016 as a changemaker featured in a New York Times article titled “Furor Over Drug Prices Puts Patient Advocacy Groups in Bind.” The cost of MS meds had risen almost 400 percent in the previous four years, and Zagieboylo was working hard to turn that around. She says the Society’s effect on prices since then has been positive, but has much further to go.

“You need to have the right people in the room to make progress, so we work to maintain relationships with every company working on MS therapies,” Zagieboylo says. “Our goal is to understand what therapies are coming out and influence pricing coming out.”

The Society wants and needs the pharmaceutical companies to succeed. “They’ve invested millions of dollars to bring things to market,” she says. “If they lost interest 30 years ago, we would have zero therapies for people with multiple sclerosis.”
The fight takes place on Capitol Hill, too. “We have 30,000 volunteers who communicate with congresspeople and over 300 district activist leaders.”

Zagieboylo credits UConn with honing her skills to analyze data and recognize the big picture. “Today, we’re assessing our programmatic work, implementing the MS Society’s strategic plan, and measuring the impact we have on people’s lives, and I learned a terrific amount in all of those areas.”

Surprisingly, researchers still don’t know exactly what causes MS. But in her 30-year tenure at the Society, Zagieboylo says she has seen a vital growth rate of knowledge about the disease. For example, diagnoses come much quicker — what used to take 15 years now often takes around two years, so people can get the help they need far sooner.