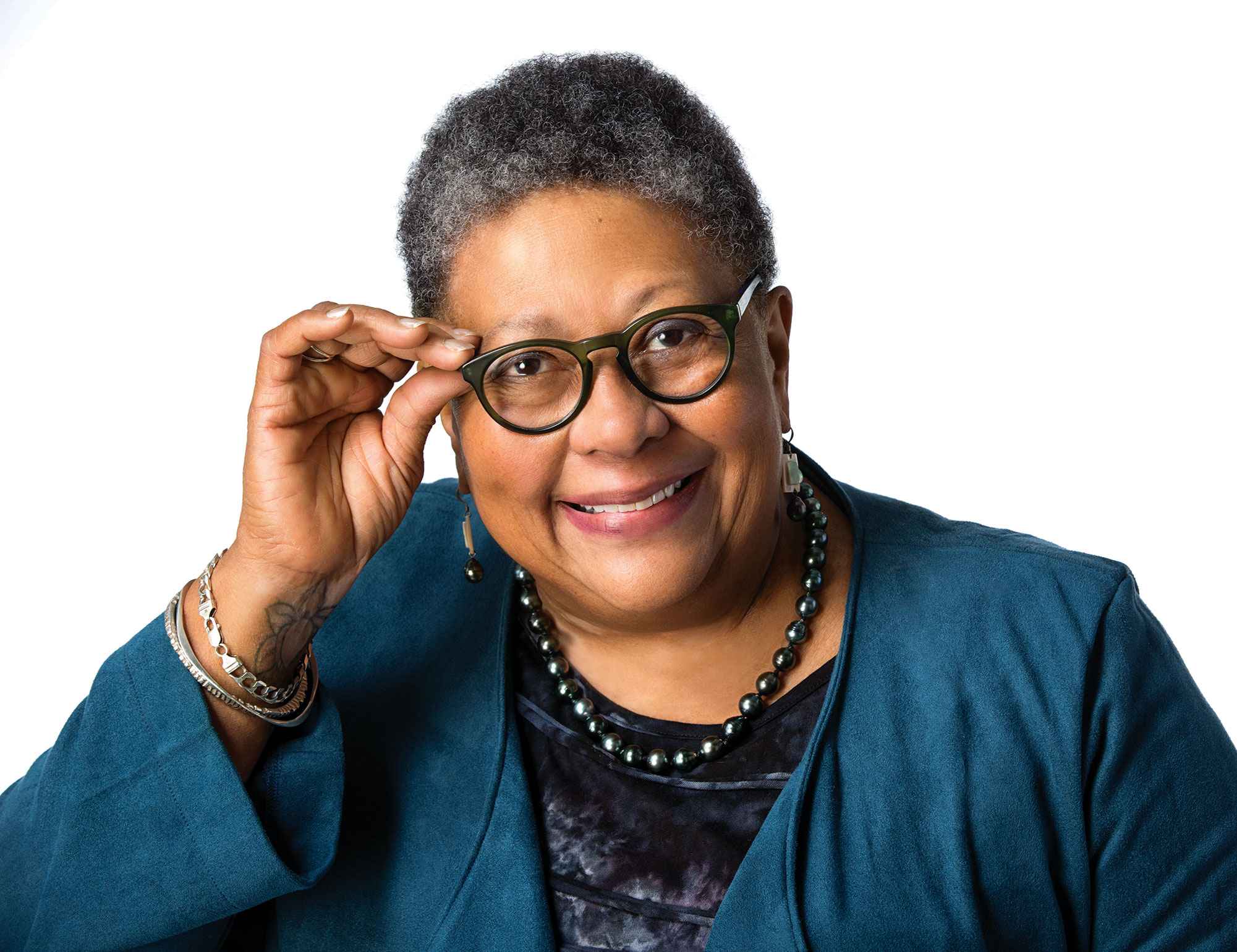 When I was a senior in college, I was told I had to take four classes my final semester, even though I only needed three to graduate. For fun, then, I signed up to study independently with a young English instructor named Marilyn (Waniek) Nelson (now professor emerita of English at UConn). I told her I wanted to write fiction, but she was a poet and suggested we write poetry instead. My poetry was, at best, pretentious and derivative, and at worst, birdcage liner, but with a week to go, she told me I had talent and that I should consider a graduate writing program. I was terrified of the shapeless future and uncertain what to do with my life, but if she saw something in me, I thought maybe I could give it a try.

One MFA, 30 published books, and 150 published articles and short stories later, I have walked the path she set me on, sometimes diffidently but always happily, and I have made a living telling stories, some of them my own. I have also stayed friends with Marilyn Nelson all these years, meeting when we can, at literary festivals in Vermont or over dinner one night in Manhattan where, coincidentally, James Baldwin was dining at a nearby table.

Despite her claim my senior year that she was more a poet than a storyteller, Nelson’s poems are narratives, more than any poet I know, imagining and giving voice to the interior lives of people who did not get a chance to speak for themselves. As Connecticut’s Poet Laureate from 2001 to 2006, she wrote “Fortune’s Bones: The Manumission Requiem,” about a Connecticut slave whose skeleton ends up in a white doctor’s office, and “A Wreath for Emmett Till,” telling the heartbreaking story of the 14-year-old Chicago boy who was brutally murdered in Mississippi in 1955. She’s written poems to accompany a slave narrative of a man named Venture and poems about the settlers of the first African-American town of Seneca Village, a people displaced when New York City built Central Park in 1857.

And she has striven, as a teacher, to help other people (like me) find their voices. After 20 years at UConn, teaching both ethnic literature and courses in creative writing, she retired in 2002 but was lured back when the head of the English Department, who knew she’d always dreamt of starting a writers’ retreat, made her an offer she couldn’t refuse. “He said,” Nelson recalls, “‘If you come back and teach half-time, we’ll donate the equivalent of the other half of a full-time salary to your nonprofit.’”

She started Soul Mountain Retreat in 2004, buying a large house in East Haddam, Connecticut, where, over the next 10 years, she hosted more than 100 young writers. “I wanted to be able to offer residencies to people in small groups of shared ethnicity so that instead of one person of color in a group of 50, the way it was when I was at Yaddo, I could have six people of color together, and give them an experience that they couldn’t have anywhere else.”

“Amazing woman and a phenomenal teacher,” says Dawn Lundy Martin ’91 (CLAS), director of the Center for African American Poetry and Poetics at the University of Pittsburgh. Lundy, as an undergraduate, used to host poetry workshops in her home for both undergraduate and graduate students, and Nelson would come by to participate, outside of class, sometimes workshopping her own poems in progress. “I have undergraduate students now who want to start off writing experimental poetry, and I tell them what Nelson told me, that you have to have a foundation, in prosody and form, to experiment from. Whatever your aesthetic is, you need to know how narrative functions and how to tell a story.”

Her connection to Nelson, like mine, is more than pedagogic. “I have this beautiful life as a poet, essayist, professor,” says Lundy, “and I believe that it is in no small part due to Marilyn’s seeing something in my poetry that made this path possible. And because she saw something, she took great care to nurture it.”

"Everybody is sort of dividing into camps. To fight that, we have to keep the empathy growing."

I might brag about Nelson’s work as poet in residence at the Cathedral of St. John the Divine in New York City, or her numerous awards, including the Frost Medal in 2012 and, in 2019, the Ruth Lilly Prize, the top honor an American poet can aspire to, but prizes and recognition do not reflect the true value of a story, or the reason to tell it. They’re not why a writer writes. Stories are successful, according to the theory of literary Darwinism, which Nelson taught me to embrace, insofar as they help us survive and adapt. Stories, whatever else they convey, teach empathy, and they let us see through someone else’s eyes and feel what they feel and learn from it, and when stories do that, they stitch the social fabric together.

“Poems and stories tell us what it means to be human,” says Nelson. “They are underlaid with a moral vision.”

Her current project, “Papa’s Free Day Party,” tells of her maternal grandfather, John Mitchell. “His father had a farm in Kentucky, and the Klan came and set it on fire. The parents said to this little Black boy, who was 6 or 7 years old, ‘Go north.’ And he left running, by himself, and got to the banks of the Mississippi River. He was standing there, crying, and this white man asked him where his parents were. He told him the story, and this man said, ‘Why don’t you come home with me? I have a boy your age. You can be playmates.’ And this man took my grandfather home, where he and his wife raised him with their son. These were not wild-eyed radicals. They were just ordinary farmers, and yet they did something extraordinary. And I think we need to raise those people up as examples of what can happen. Of who we could be, as Americans. Of how we could understand each other, and learn to talk to each other. I think it’s important to tell stories that are true. You can’t paint everybody with the same brush. And I think at this point in our shared history, that’s what we’re doing. Everybody is sort of dividing into camps. To fight that, we have to keep the empathy growing.”

Where some poets turn ever inward, Nelson turns outward, and there is compassion in every line she writes. She showed me compassion years ago. She knew I was lost and she pointed me in the right direction. I have not had a moment’s regret. Sometimes I even still write poetry. But just for fun.

Or maybe for her.