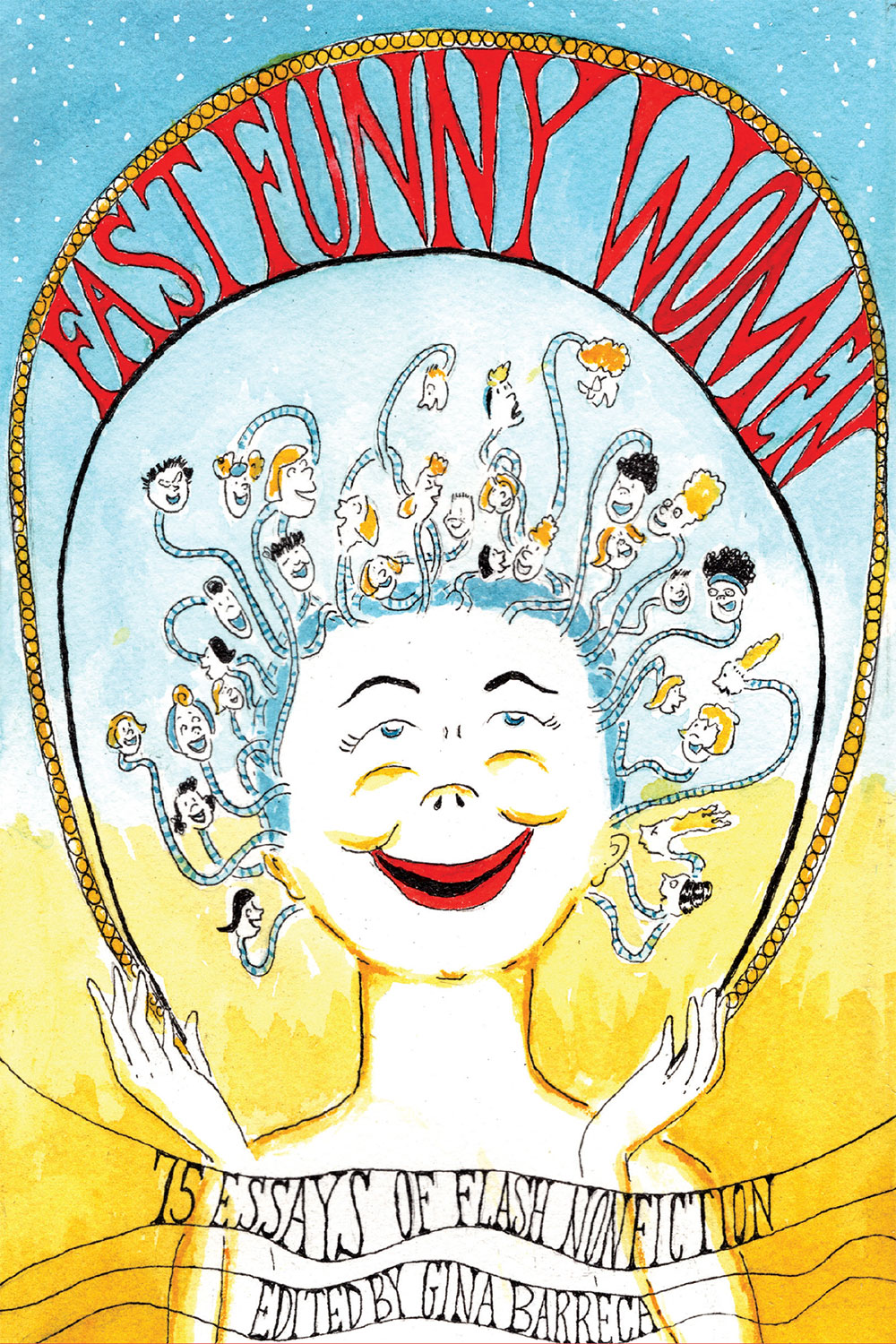 English professor Gina Barreca, dubbed the “feminist humor maven” by Ms. Magazine has kept us laughing through 10 books from “I Used to Be Snow White But I Drifted” to “If You Lean In, Will Men just Look Down Your Blouse?” Her latest, though, invites others to the party. “It’s like that children’s book ‘Stone Soup,’” she says of the “little of this, little of that” approach she took to editing “Fast Funny Women: 75 Essays of Flash Fiction.”

For the compilation Barreca brought together 75 writers including Jane Smiley, Mimi Pond, Fay Weldon, Marge Piercy, and Judy Sheindlin aka Judge Judy — and 35 UConn students, alums, and staffers. “I thought, ‘I want emerging writers, I want students, who might not have their voices heard, alongside these foundational writers,’” says Barreca. English major Nicole Catarino ’22 (CLAS) is one of those students. She also helped Barreca put the book together. “She said, ‘We’re making a book and I want you in it,’” says Catarino, “which was massive for me. It’s such an honor to be side by side with these women. My confidence has skyrocketed.”

It’s not surprising that Barreca would find a pandemic project like this. “Making comedy, making a story, has always been my way to cope,” she says. And she is known for gathering people. Pre-Covid, friends, students, and former students were always stopping by Barreca’s office, which she describes as “a cross between a piñata, a toy store, and an Italian deli. Everybody comes, we eat, we talk.” Even more than humor, perhaps, this is Barreca’s brand — bringing people together to support one another in a community, as she says, “based on letters, on a love of words.”

“Dartmouth may have Gina’s papers. The Friars Club may have Gina’s photo. Thankfully, UConn has Gina’s living legacy of students and alumni,” is how Laura Rossi Totten ’91 (CLAS), another English major, puts it.

“I hold the singular honor/distinction of being Gina Barreca’s very first mentee,” says Rossi, “the two of us started at UConn at the exact same time 34 years ago. I can still picture us side by side in her former office on the third floor of the Arjona Building where, as a wide-eyed freshman in Storrs, I was calling publishers and magazines for her bestseller “They Used To Call Me Snow White.” It’s this experience that directly launched my New York City career at Viking Books and led eventually to getting Gina on “The Oprah Winfrey Show” and having my own business.”

Forget comedy. Forget English. Do the math. That’s 34 years of helping countless students and alumni, as Oprah would say, become their best selves. “I’ve been here for more of my adult life than I haven’t,” says Barreca. “I stay in touch with these now thousands of adult students.”

Those students are now professors, publicists, CEOs, authors, and lawyers in cities and towns across America. And they aren’t all women or, as Barreca puts it, “Sometimes the muse is male.” It was yet another former English student, Dave LeGere ’06 (CLAS), who pitched the idea for “Fast Funny Women” to Barreca and it is Woodhall Press, the company he co-founded, that will publish the book in early March.

“All of us are united,” says Rossi, “by the friendship and encouragement of The Career Whisperer Gina Barreca.”

Join Gina and other alums and authors for a special "Fast Funny Women" book club event on March 18.

Suzanne Staubach, managed the independent bookstore, the UConn Coop, until it closed in 2016 and was a vital part of the literary life on campus, The Hayfield: A Gardener’s Tale

Amanda Smallhorn ’10 (CLAS) English major, What Does That Word Mean?

Joan Seliger Sidney, ’77 Ph.D. in Education, I Married a Mathematician

Kate Luongo ’21 (CLAS) English major, I Apologize for What I Said When I Was Hungry