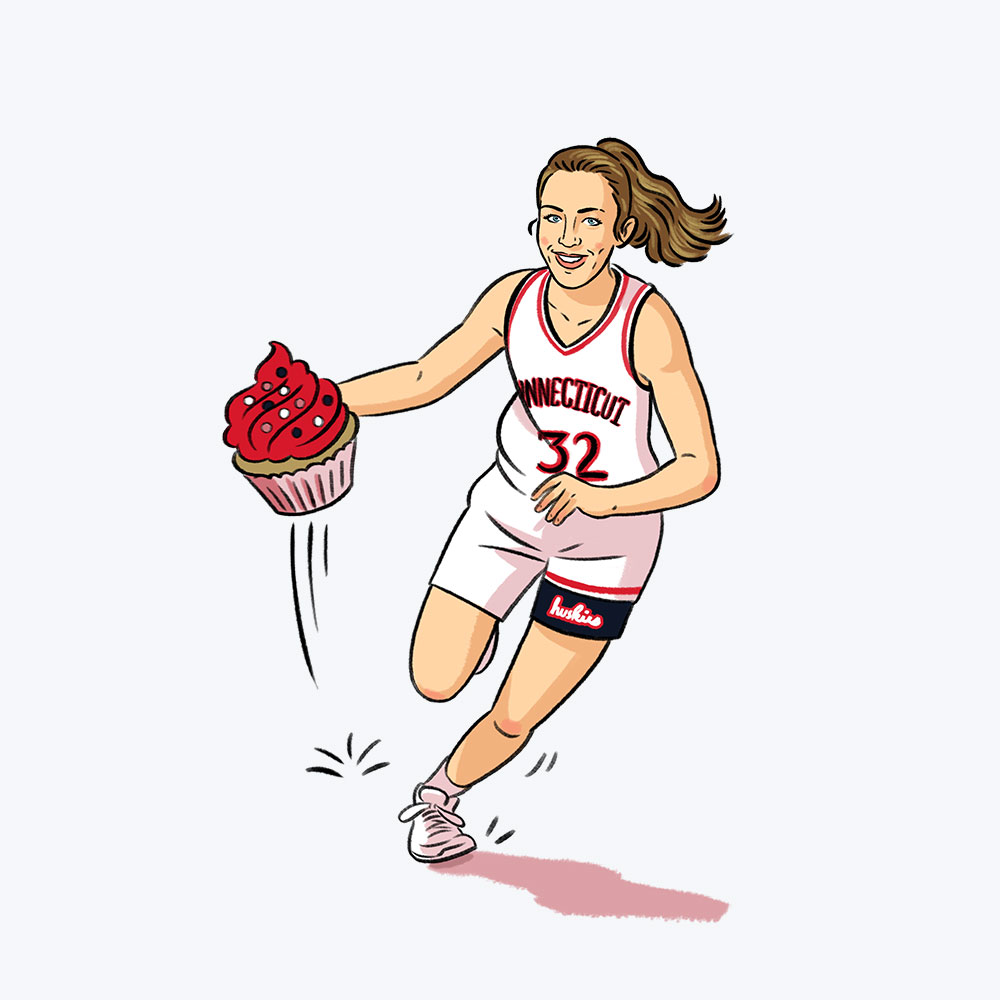 Nancy Pelosi famously eats dark chocolate ice cream for breakfast. Courtney Gaine ’00 (CAHNR), ’05 Ph.D. has no quibble with that; she sometimes breaks her fast with a candy bar. “It’s always been okay to enjoy sugar in moderation,” she says.

She should know. The former co-captain of the UConn women’s basketball team got her degree in dietetics and went on to do postdoctoral work at UConn in nutrition, biochemistry, and exercise. She’s now president and CEO of The Sugar Association, which describes itself as “the scientific voice of the sugar industry.”

Speaking anecdotally not scientifically, Gaine finds when she eats candy early in the day, she doesn’t crave it later. “I’m not a psychologist, but you say someone can’t have something and you want it more . . . It takes away that restriction. If you have a normal relationship with it, consuming things moderately is easier.”

People confuse what’s just soda research and what’s added sugar research. Since the turn of the century, Gaine says, obesity rates have continued to rise while added sugar consumption has actually gone down by 15%. Her role is to keep the record straight and make sure people understand the role of sugar in a healthy diet, such as adding it to whole grains or yogurt to sweeten the pot. But it really is all about moderation, she says.

Gaine partly credits her nutritional analysis path to her work on protein research in endurance athletes in Nancy Rodriguez’s lab. “She had such a collaborative atmosphere in the lab. She gave us that creative intellectual freedom to investigate questions we were interested in. That doesn’t always happen. The world of protein and exercise research is a really male-dominated field, and another valuable thing she taught me is how you can be a female in a male-dominated industry.”

Gaine knows there are people who have a certain attitude about sugar in their heads, but she will keep on challenging what she considers incorrect analysis and assures me she will keep on enjoying her sugar.

That persistence was honed in the day to day with coaches Geno Auriemma and Chris Dailey ’99 (MA).

“Every day you come and he is seeking perfection,” she says. “He’ll admit we’ll never get there, but that’s the goal of every day. I don’t know if I could have done it for more than four years. I don’t know how he’s been doing it for all these years — every day is filled with disappointment because perfect’s impossible. But that’s your goal every day. Don’t cut corners, don’t settle, every single day. That mindset training has been unbelievable.”