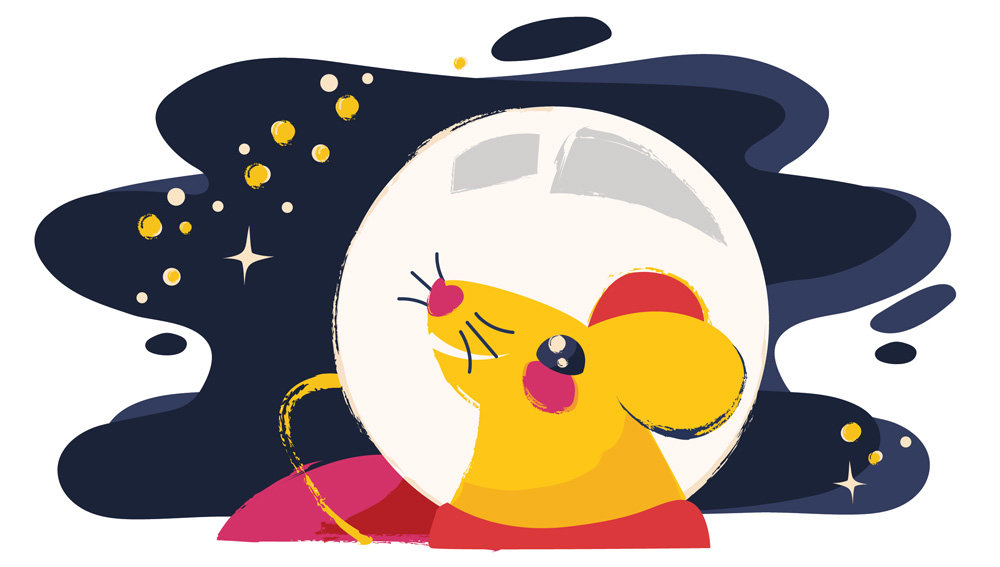 The moustronauts are back. A crew of mighty mice launched into space in early December have returned, bringing in their muscles and bones clues that could help humans back here on Earth and throughout the solar system.

The spaceflight of the mighty mice was the brainchild of married UConn Health researchers Se-Jin Lee and Emily Germain-Lee. Lee gained fame in the 1990s for discovering myostatin, a protein that limits muscle growth. Through genetic engineering, he created an ultra-muscled mouse that derived its outstanding physique from a lack of myostatin. These mighty mice look like the Incredible Hulks of the rodent world.

Germain-Lee, a pediatric endocrinologist who also holds an appointment at Connecticut Children’s, has treated children with muscular dystrophy, bone disorders, and other complex conditions for many years. She noticed that muscle diseases can lead to weakened bones and vice versa.

The pair has been working on a drug that affects both myostatin and activin, a protein that affects bone growth. They wanted to do a controlled experiment that would look at how the drug affected bone and muscle loss. It’s well known that because of the low gravity, astronauts lose bone and muscle mass in space. Mice do, too.

This December, the pair had their chance. A crew of mice (some mighty, some not) bred at Jackson Laboratories for Genomic Medicine, where Lee holds a joint appointment, flew on the International Space Station for 30 days to test Lee and Germain-Lee’s hypotheses about bone and muscle loss. The secrets revealed by the moustronauts hopefully will help the weak of both our species become mighty.