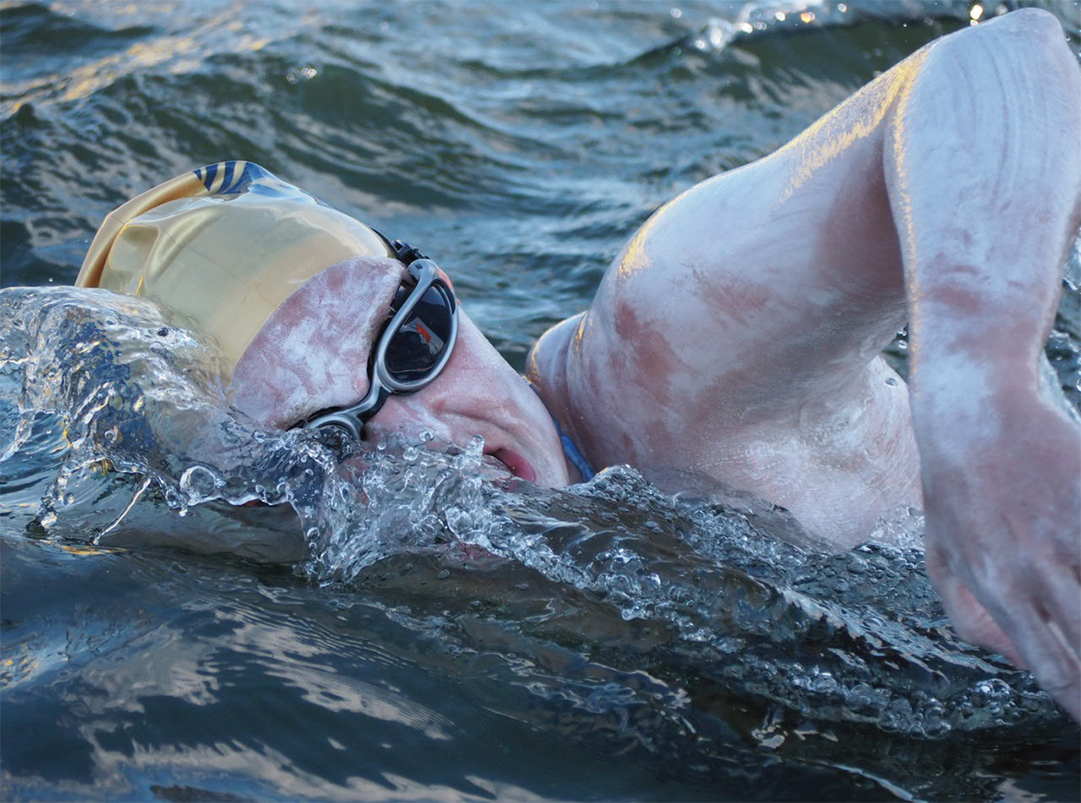 We told you about Sarah Thomas ’04 (CLAS) in our Summer 2018 issue after the former UConn swimmer’s many marathon swims and world records resulted in her induction into the International Marathon Swimming Hall of Fame. She told us then that her next feat would be to attempt an 84-mile, four-way crossing of the English Channel, something that had never been done before. Well, it’s been done now. On September 17, Thomas, a breast cancer surviver, became the first person to swim across the Channel four times without stopping. It took 54 hours. Congrats, Sarah!

Read our 2018 feature on the amazing Sarah Thomas!