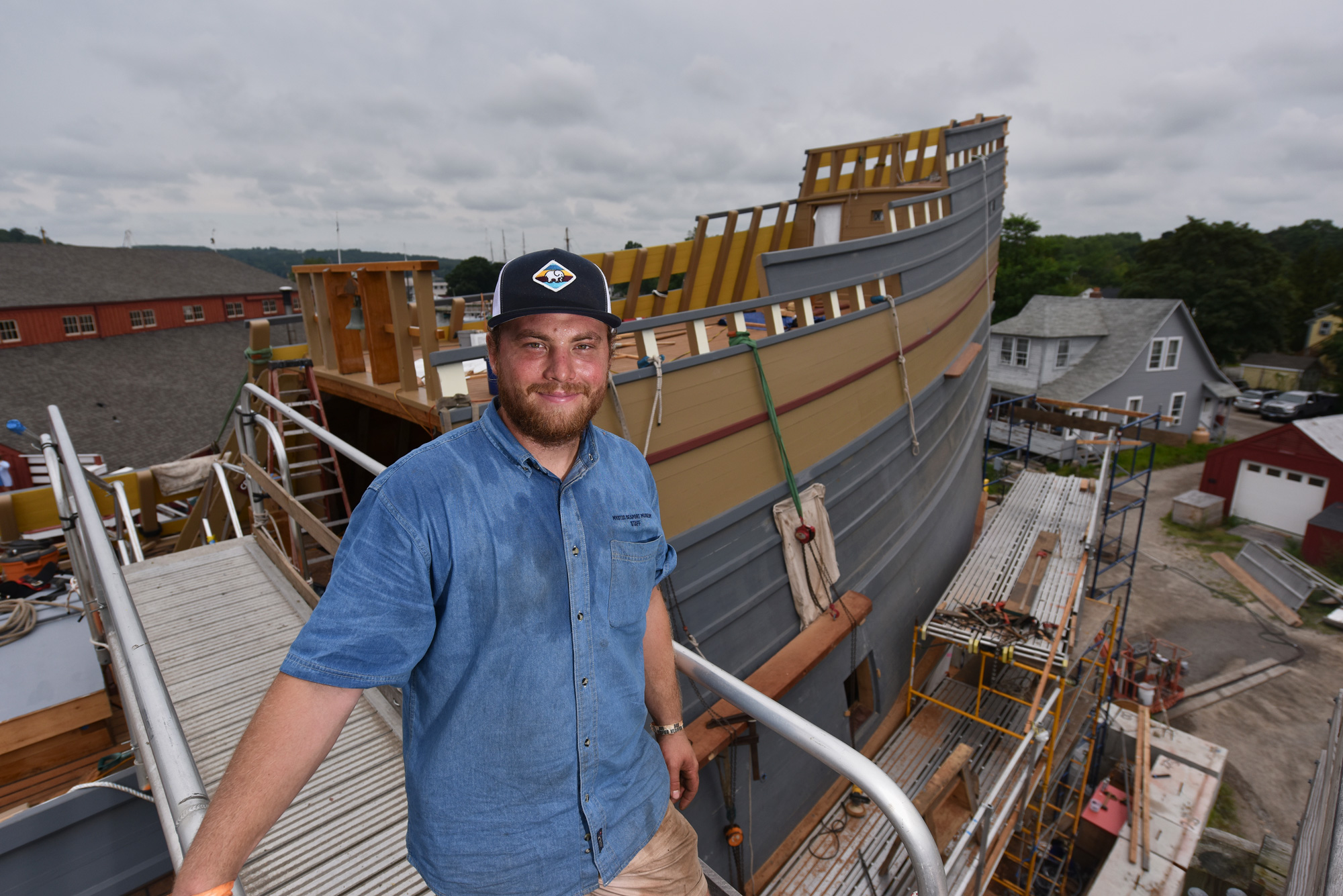 Casey Cochran’s story is ever the cautionary tale. But today, just hear his song.

First, football, essentially from the cradle. The son of a workaholic high school football coach, Cochran ’15 (CLAS), ’17 MS was immersed in football culture and fraternity. He achieved unrivaled high school stardom in Connecticut as well as a stellar grade point average, attracting Harvard, Yale, Princeton, and Boston College, but choosing UConn where he eventually earned a starring role as starting quarterback. All the while, he counted concussions — 13 by his own tally. The first one came at age 11. The last, and ultimately career-ending one, came in a game against Brigham Young University at the start of the 2014 UConn season.

Five years later, here is that Casey Cochran at 25, a skilled shipwright working on the Mayflower II restoration at Mystic Seaport, as facile with a hammer and chisel as a six-string guitar. Call him up on YouTube and listen to him sing, with the Seaport shipyard and Mayflower staging as a backdrop, a wistful ballad about a 19th century shipwright with all the skills to build great ships but who chooses not to go to sea — the soulful composition of a starting college quarterback who chose to forgo the game that threatened his well-being and found a happier calling with his hands.

Several years ago he had this to say in “13 Concussions,” a 2016 essay for The Player’s Tribune: “It’s been a year and a half since I made that decision [to retire from football]. I still feel the lingering effects from my many concussions. Life is a balancing act now. Some days it’s hard to wake up before noon. Sometimes I don’t want to leave my bed at all. I had a 3.9 GPA. Now I have trouble focusing and performing well in my graduate school classes. I am 22 years old. My back, neck, and knees shouldn’t hurt as badly as they do. I get headaches occasionally and migraines if I cry. My eyes hurt when I roll them up and to the left . . .”

That was the physical toll. Depression worked its own array of misery, modulating among anxiety, fear, and isolation, and treated usually by drinking.

Today, after a couple of years of therapy, anti-depression medications, he is lecturing on concussions and brain injuries everywhere from the annual South by Southwest Festival in Austin to a convention of high school football coaches in Alabama — poorly attended, he says, “They still don’t want to admit the problem,” — to the Connecticut Brain Injury Alliance in Hartford. He is recording songs for a CD, has progressed at the Seaport from yard crew to steaming and planking, framing, and finer hatch work and says he feels fit, gets his sleep, and is aware of the rewards of being around and working with healthy people.

Cochran, who was born in New London, was raised jointly by his mother, Shannon Russell, and father, Jack Cochran, who divorced when he was a year old. Young Casey had an itinerant schooling, following his father’s coaching career: elementary schools in Bloomfield and West Hartford, middle school in Waterford where his mother lives, and high school first in New London then at Masuk in Monroe.

“He was raised in a football environment,” says Shannon Russell. “A lot of his life was spent trying to please his dad, and being with the football guys. His father and I had a joint custody agreement but even when he was staying with me, during football season I would bring Casey to games where Jack was coaching because I thought it was important for him to be with his dad.”

The first couple of concussions endured by Cochran during middle school were diagnosed, she says, but he was not one to talk about what he was feeling, even as the blows to the head caused him to worry. Those were the days before brain injuries in sports, particularly football, and Chronic Traumatic Encephalopathy or CTE had become a public concern. Such tackles on the field were relegated to “dings in the head,” says Russell. “I would say, ‘What do we need to do?’ I got overruled a lot.” 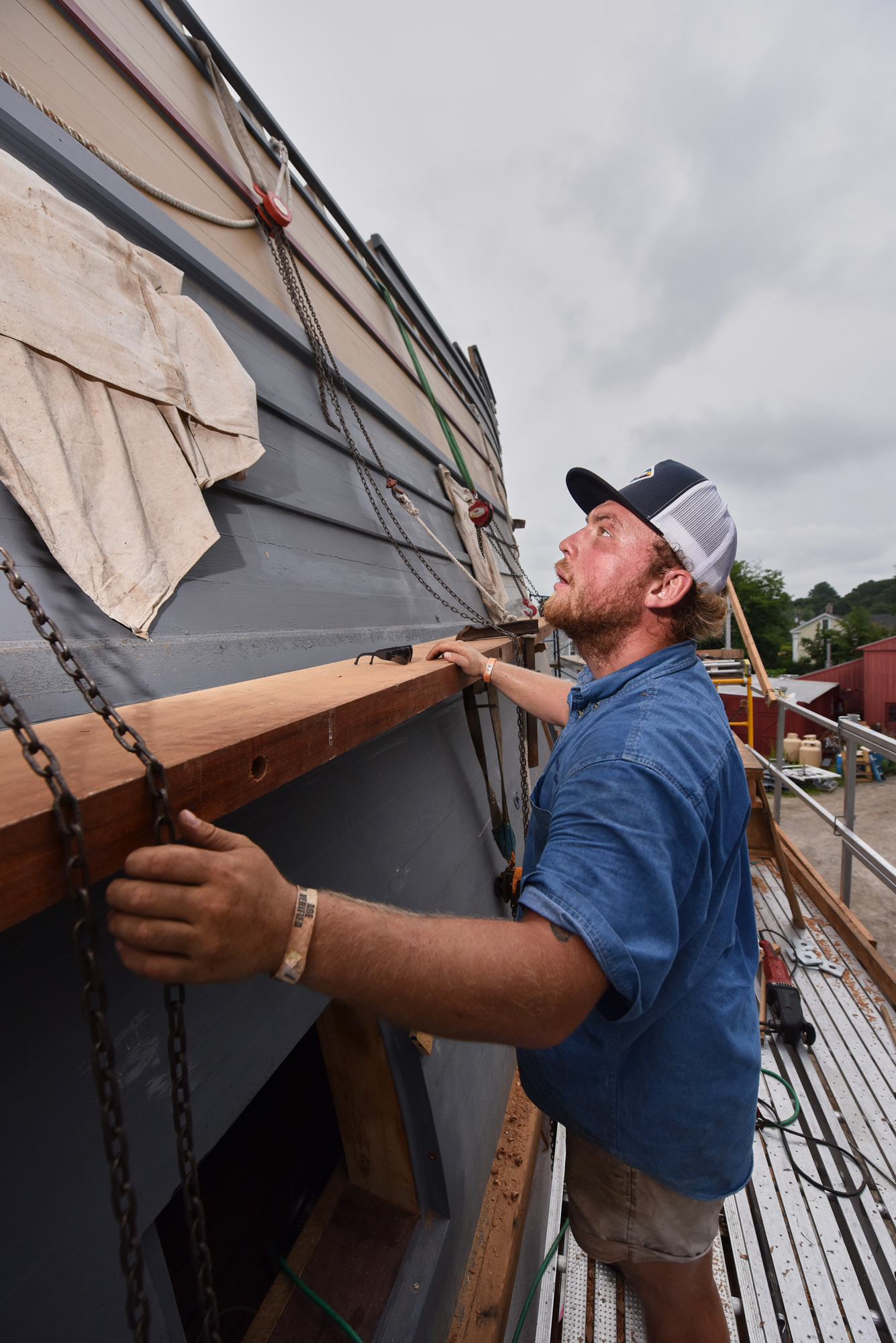 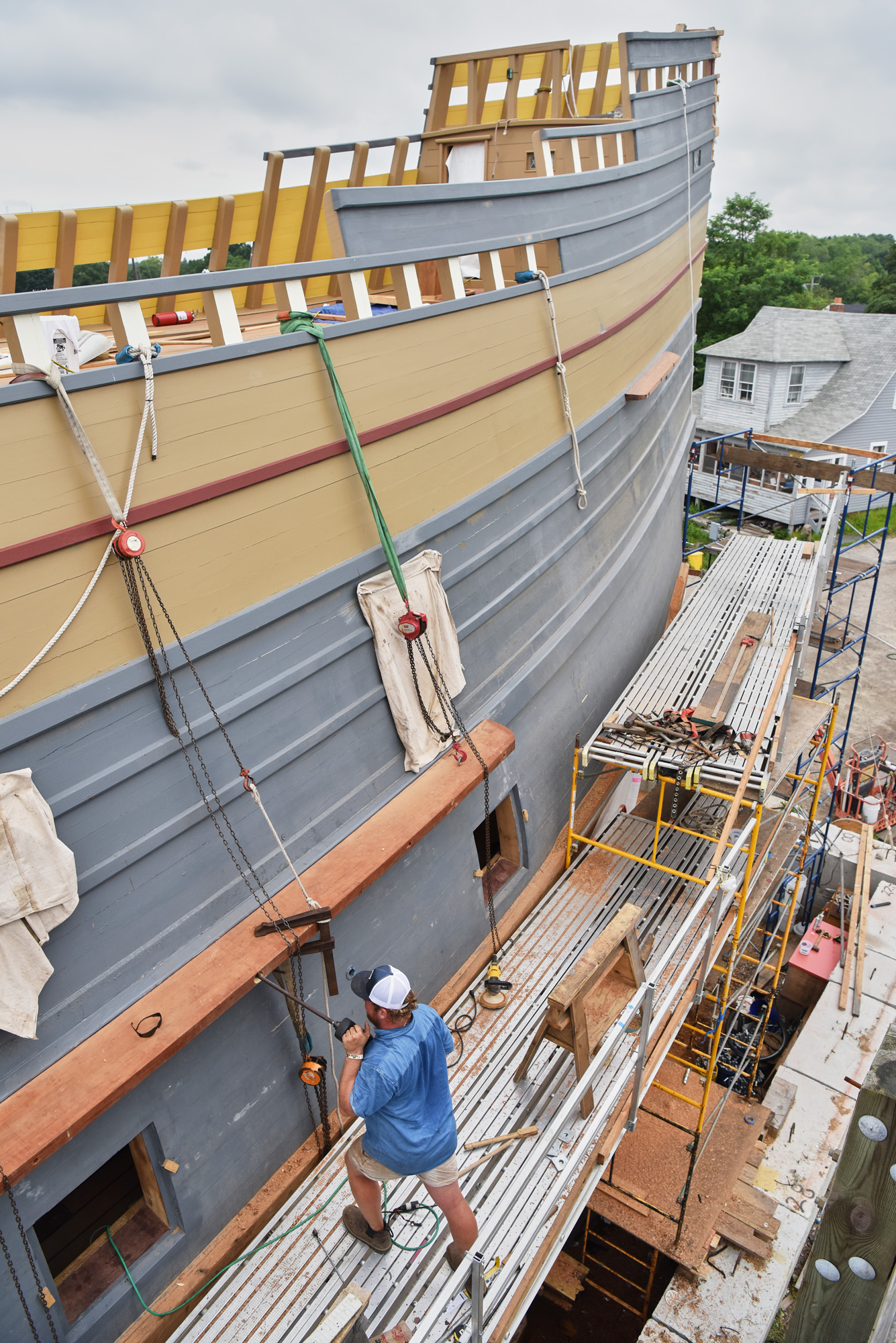 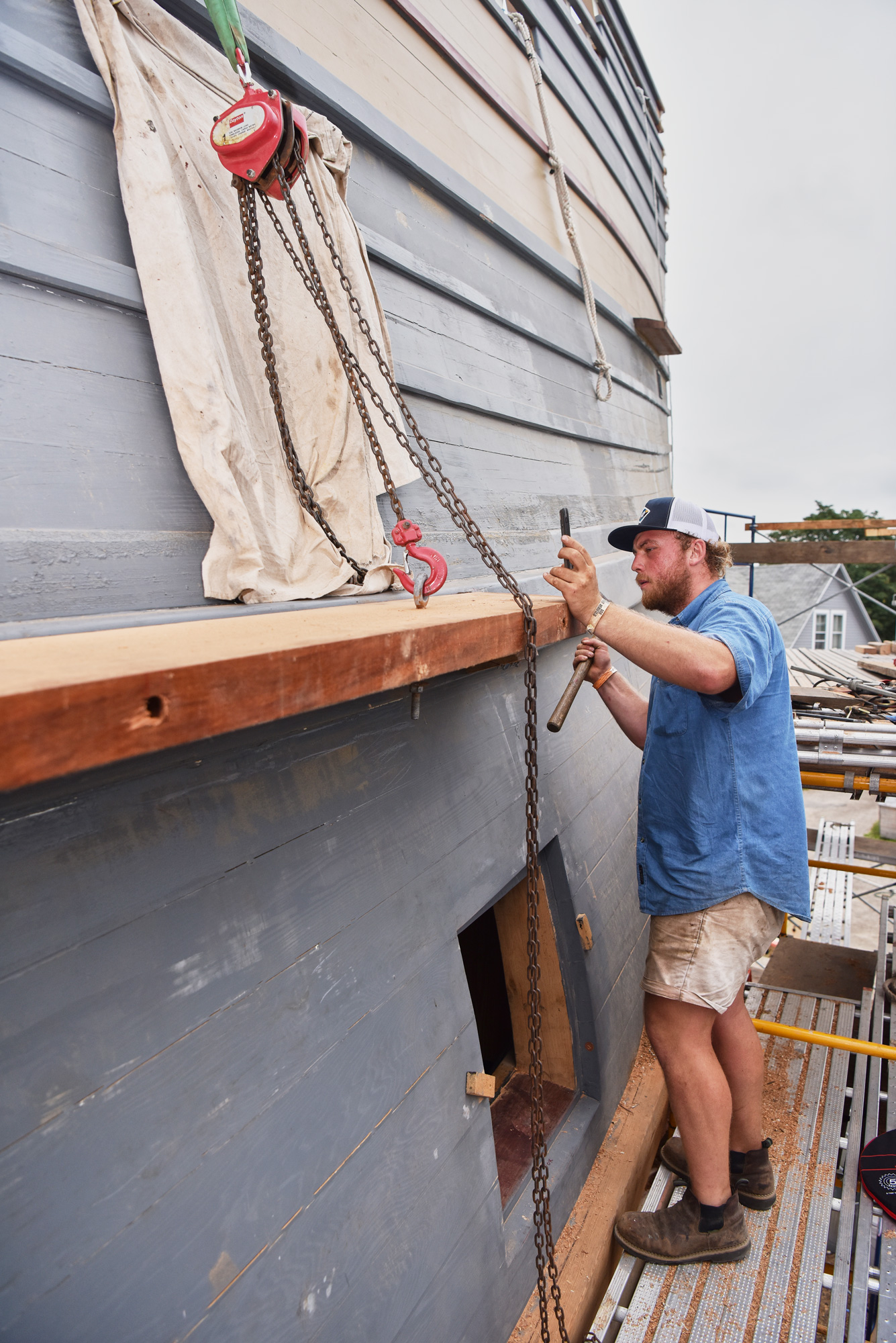 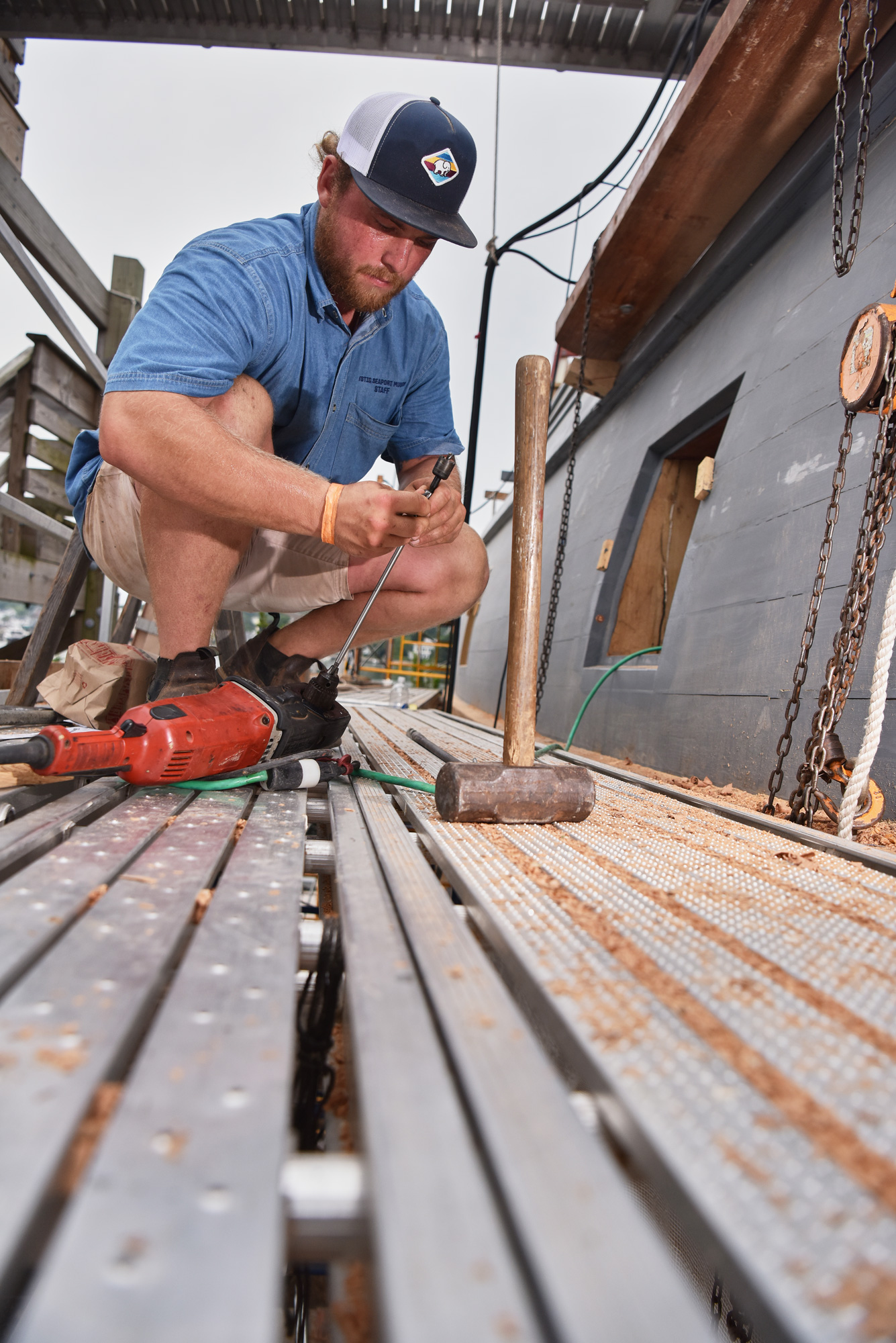 “It was a function of injury and college sports,” she says. “It was built into the process of how to get you ready for the next game.”

In 2016, an ESPN piece followd Casey and his father as they traveled to Emerson Hospital in Concord, Massachusetts, a leading center for concussion treatment, where Casey would give one of his talks. It is a candid look at the effect that Casey’s injuries and decision to quit football had on both men. There are tears at times on the face of Jack Cochran — a self-described hard-driving, win-at-all-costs kind of football guy — as his son confesses how long he had been playing a sport he no longer loved.

This from a young man who was the first in Connecticut to twice win the Gatorade Player of the Year Award, which recognizes the top student-athlete in various high school sports, and the only high school quarterback in state history to pass for 10,000 yards and 100 touchdowns, but who found himself at the low end among five quarterbacks vying for the starting job on the UConn team.

“I pushed myself,” says Casey during a lunch break at Mystic Seaport in June. “I had had too many concussions and kept holding it in. I was down but I still wanted to get everything I could out of football.”

“Looking back, it was the best decision I ever made”

By the end of the 2013 season, he was the starting quarterback for the last few games. Still he was experiencing panic attacks and at times finding himself unable to breathe. He was drinking more. Then, during the first game of the 2014 season against BYU, he was tackled hard, thrown to the ground. “My head smacked off of the turf and everything went black,” he wrote in his “13 Concussions” essay. “The only word I know to describe the first few moments after a concussion is ‘limbo’ — there are a few moments between the world that you were just a part of and your new brain-injured reality. When I regained consciousness, I knew I was on the ground. My head was seized with tremendous pressure and that same awful, familiar depression from previous injuries came over me — like a dark, heavy blanket, swallowing me up.” He told himself it was over.

“Looking back, it was the best decision I ever made,” he says. “I didn’t really want to play football as a kid. I loved baseball.”

He made the announcement at a team meeting, some 100 players and his coaches in the room. “I don’t remember what I said, but once it was done, I just put my head down in my lap,” he says. Relief was followed by deeper depression. The next two years, he said, were his lowest point. He revved up his drinking and partying. But he managed to maintain a solid GPA, keep his scholarship, and graduate with a communications degree from the College of Liberal Arts and Sciences in the spring of 2015. UConn, intent on doing the honorable thing, also paid for him to pursue a graduate degree in sports management from the Neag School of Education.

Around that time, Cochran found a therapist with whom he bonded and freely opened up. “I was being truthful about everything I was going through,” he says. “I found a new strategy to live my life. It took two years to see this. I finished graduate school, was through with football, had no debt.”

In the summer of 2017, Cochran moved to Mystic. He did some sports commentary on the radio at UConn and on the sidelines for a TV channel, but then let it go. He began working as a groundskeeper at the Mashantucket Pequots’ Lake of Isles golf complex, soon tiring of the 4:30 a.m. wake up. Next he tried construction, which turned out to be mostly insulation work in cramped attics and cellars. Then he was a server at a downtown Mystic restaurant.

Finally, he met a group of strangers at what was the venerable John’s Café in Mystic and they told him about the Mayflower restoration. Boats had never been a part of his life. But he took to the work, the atmosphere, and the crew.

“I found some meaning in boatbuilding,” he says. “I learned the steaming process of planking. In that moment it brought me right back to what was good about football: a group of guys all on the same page.”