The Reapers and the Flowers

Mount Auburn Cemetery is not only the final resting place of Henry Wadsworth Longfellow, it is a beautiful public park overseen by a UConn horticulture alum

When you ask Dave Barnett ’78 (CAHNR) to show you his favorite spot at Mount Auburn Cemetery in Cambridge, Massachusetts, one of the country’s premier historic graveyards, he won’t drive you to see one of the many notables buried here, such as Henry Wadsworth Longfellow. Instead the cemetery director steers his van deep into the vast landscape and then pulls over to point out a shallow pond. Despite the rain he announces, “Let’s get out and have a look!”

The vernal pool, which is fed by rain, sits at the bottom of a natural amphitheater and is rimmed by evergreens and headstones. The list of reasons that draw Barnett here is long but at the top of it is an amphibian, the spotted salamander, a good-size creature with electric yellow spots that lays baseball-size egg masses in the pool each spring. It is an endangered species, which is why Barnett and his crew planted many native New England shrubs, such as winterberry and summersweet, around the pond’s edge so the egg masses can attach to their branches. And that is why, here, among the 19th-century graves, the salamanders thrive.

The salamanders explain, in part, why Barnett has worked at Mount Auburn for 25 years, the last 10 as president and CEO. He still can seem surprised by his job and catches himself as he describes Mount Auburn’s new energy-efficient crematory.

But Mount Auburn is no ordinary cemetery. It is as much a park, with 5,000 trees, all of which Barnett can identify without the help of a marker or, for that matter, leaves.

Opened in 1831, it was the first of its kind in the country, a nonsectarian cemetery designed for the dead and the living. Unlike church graveyards with their hard rows of tombstones cutting across grassy lawns, Mount Auburn was lushly planted to comfort grievers but also to draw walkers to the many paths that meander over the rumpled landscape of hills and dells. In an era with few public parks, Mount Auburn became one of the top tourist destinations in the country, along with Niagara Falls. Its popularity made it a model for other cemeteries and sparked the public parks movement in the U.S. that led to the creation of New York City’s Central Park. 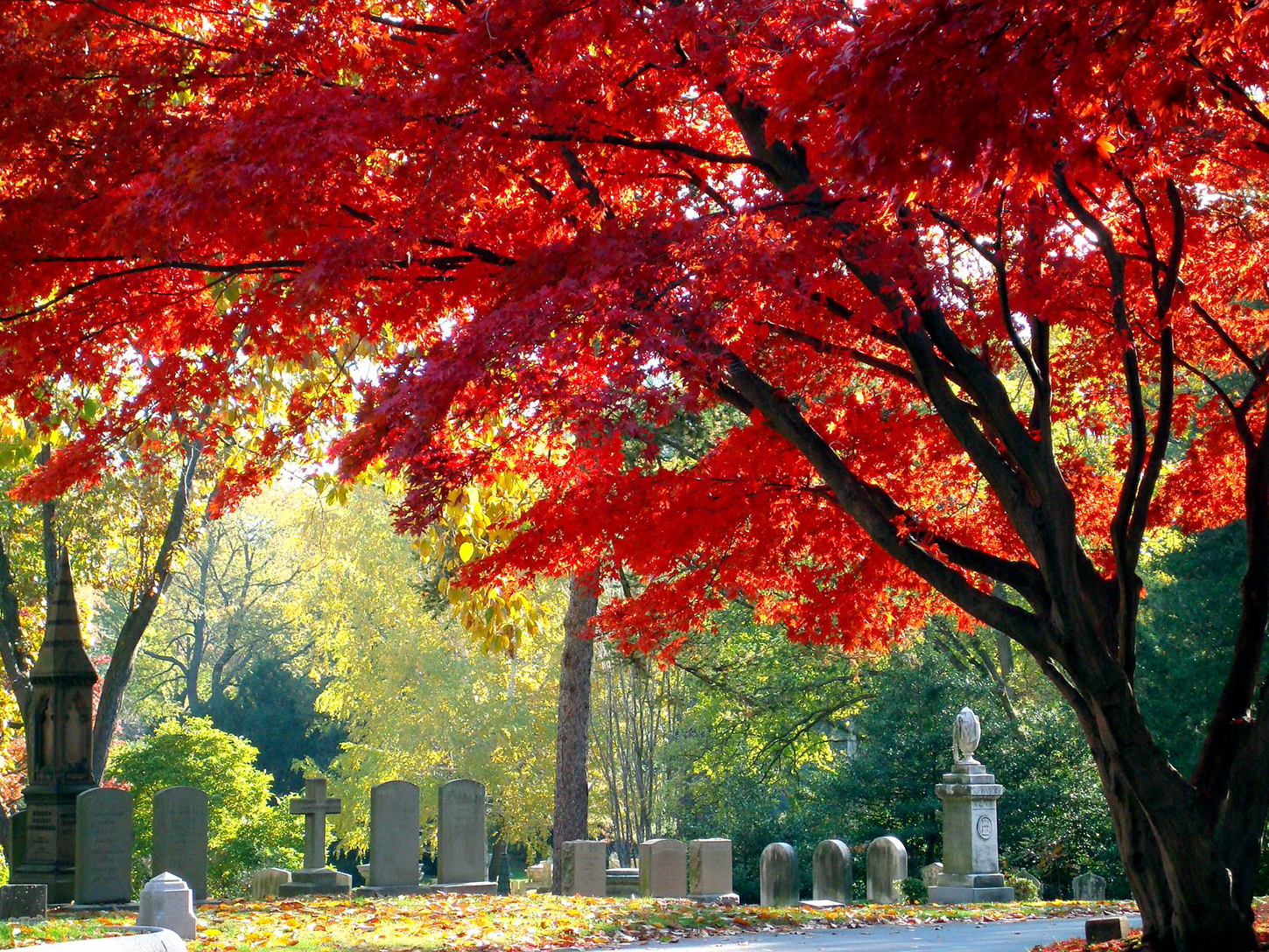 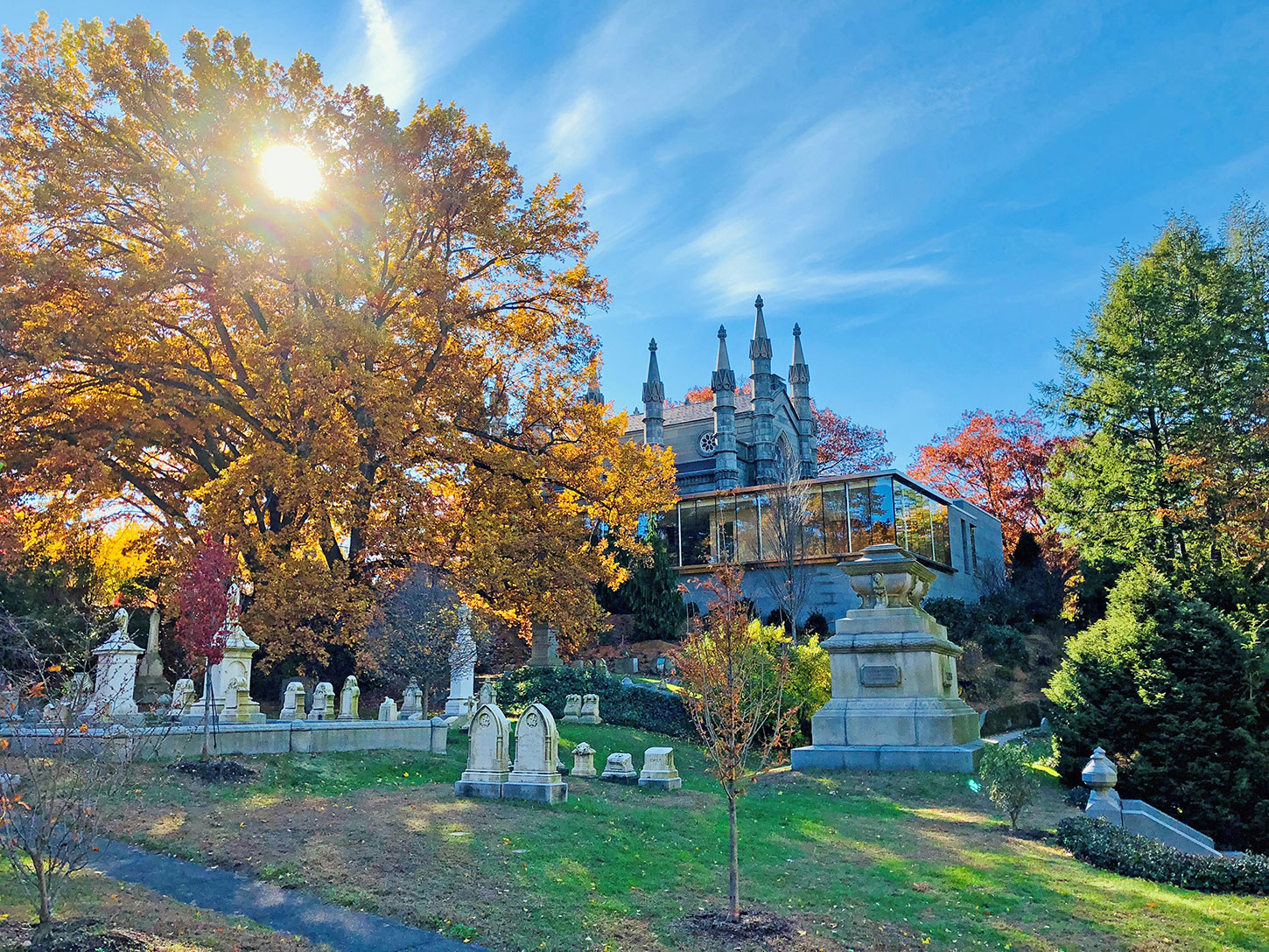 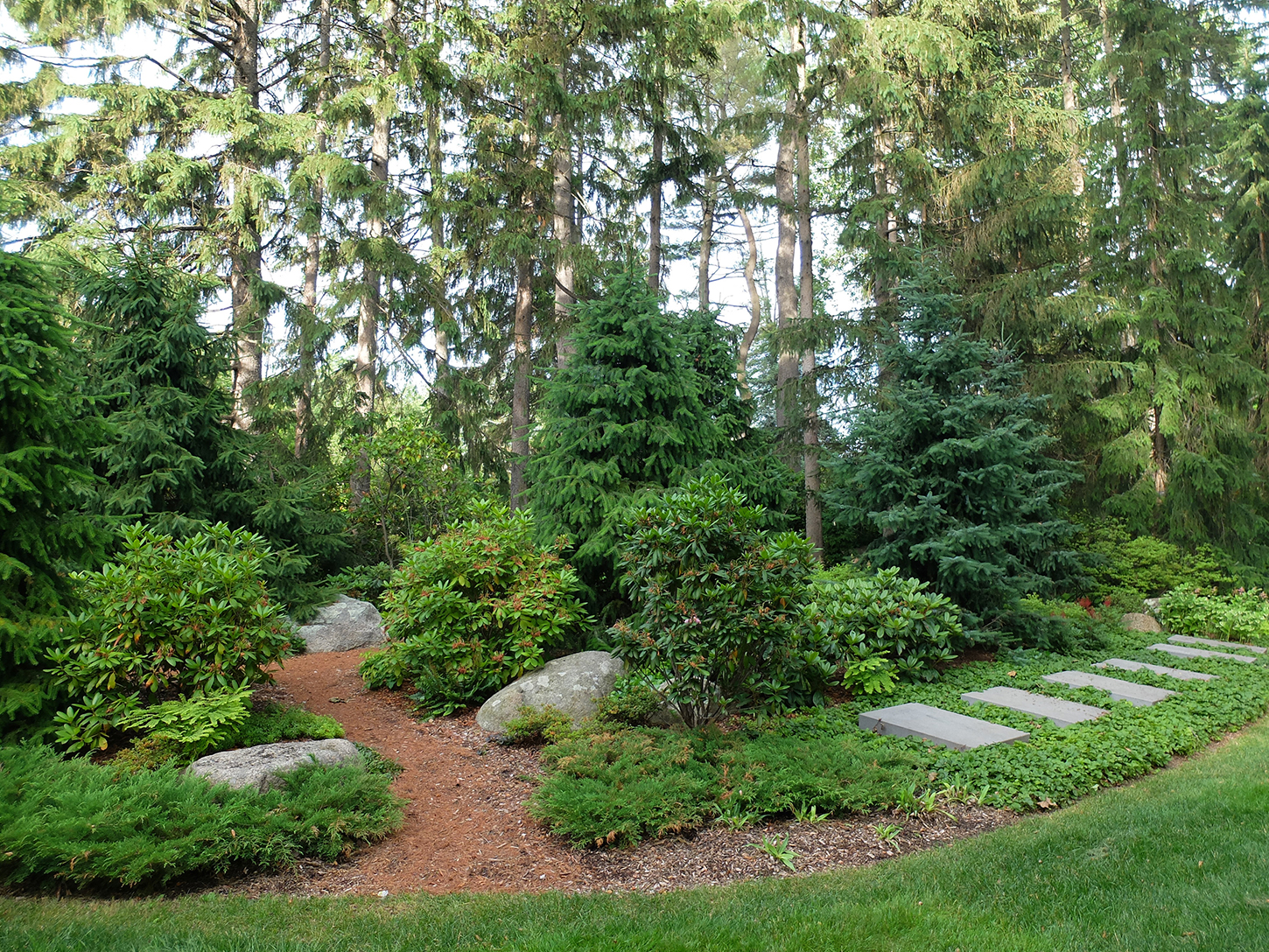 A Pause in the Day’s Occupations
Some 200,000 visitors a year still make their way to the National Historic Landmark to roam over the 175 acres and past its 100,000 graves. Come spring, birders descend en masse to spot the migrating warblers hopping among tree branches. Botany professors bring their classes here. Citizen scientists study the cemetery’s biodiversity. Yet, as Barnett points out, Mount Auburn is still very much an active burial ground, with 500 new burials per year — which is why dog-walking, skateboarding, and picnicking are not allowed. It’s tricky, he says, to balance those two demands, but that is what has kept him here all this time. “I would have never lasted in a regular cemetery,” he says.

Barnett, 62, hails from “the Red Sox side of Connecticut.” He grew up in Ledyard, working in his grandparents’ nursery and roaming the surrounding woods. Barnett knew early on that he wanted to follow in his grandparents’ footsteps, even though his father tried to talk him into a more lucrative career. While at UConn, where he was president of the horticulture club, he had a career-foreshadowing summer internship at a public garden in Philadelphia. “I liked that the park was driven by things other than making money,” he says. “It was about uniting people with nature.”

After graduating he married his high school sweetheart, headed to Chicago to work at an arboretum, and then earned a Ph.D. in ecology at the University of California at Davis. While still finishing his dissertation, he went to work at Long Island’s Planting Fields Arboretum. When Mount Auburn’s then president asked him to apply to become director of horticulture, Barnett figured he’d take a look even though he didn’t want to work in a cemetery. “He had me come in May, when everything was blooming.”

By September he was the director of horticulture, charged with making the cemetery more of a botanical garden. He restored woodlands, removed invasive Norway maple trees, and planted bulrushes and other aquatic plants to draw blue herons and turtles. He turned a steep

grassy slope into a wildflower meadow. Barnett admits that at the start he was so focused on the plants, especially the trees, that he saw the memorials as being in the way. “They made pruning so much more difficult.”

Forever and a Day
After the vernal pool, he drives to one of his favorite trees, a graceful Japanese stewartia, which has a striking bark of mottled grays and bronzes. Barnett points out a small memorial on the trunk, which is one way people can be remembered here. Years ago in this same spot he was approached by a woman who told him it was her mother memorialized on the tree.

“She said she came here to think about her,” he says. “It was one of those moments that hit me with the value of this place for people who have lost someone.”

In 1993 Barnett lost a younger brother to cancer. In his memory, he’s run the Boston Marathon every year since. He drives in from his home in Boxborough to Cambridge by 6:30 each morning so he can run along the nearby Charles River. When his brother died, he wasn’t comfortable talking about death, but now after so many years at Mount Auburn, it is second nature, he says. When his father was diagnosed with cancer, the two of them walked the grounds of a cemetery in Mystic, Connecticut, looking for a spot for his burial. “That’s a gift,” Barnett says. “Who gets to do that with their family? For most people it’s too difficult to bring up.”

Barnett always wanted to have his ashes buried near his father but now thinks he’d like some to go here, in this beautiful landscape that has been his life’s work. The man who never wanted a job in a cemetery, who never planned to stay at Mount Auburn for 25 years, thinks he might stay for good. —Amy Sutherland 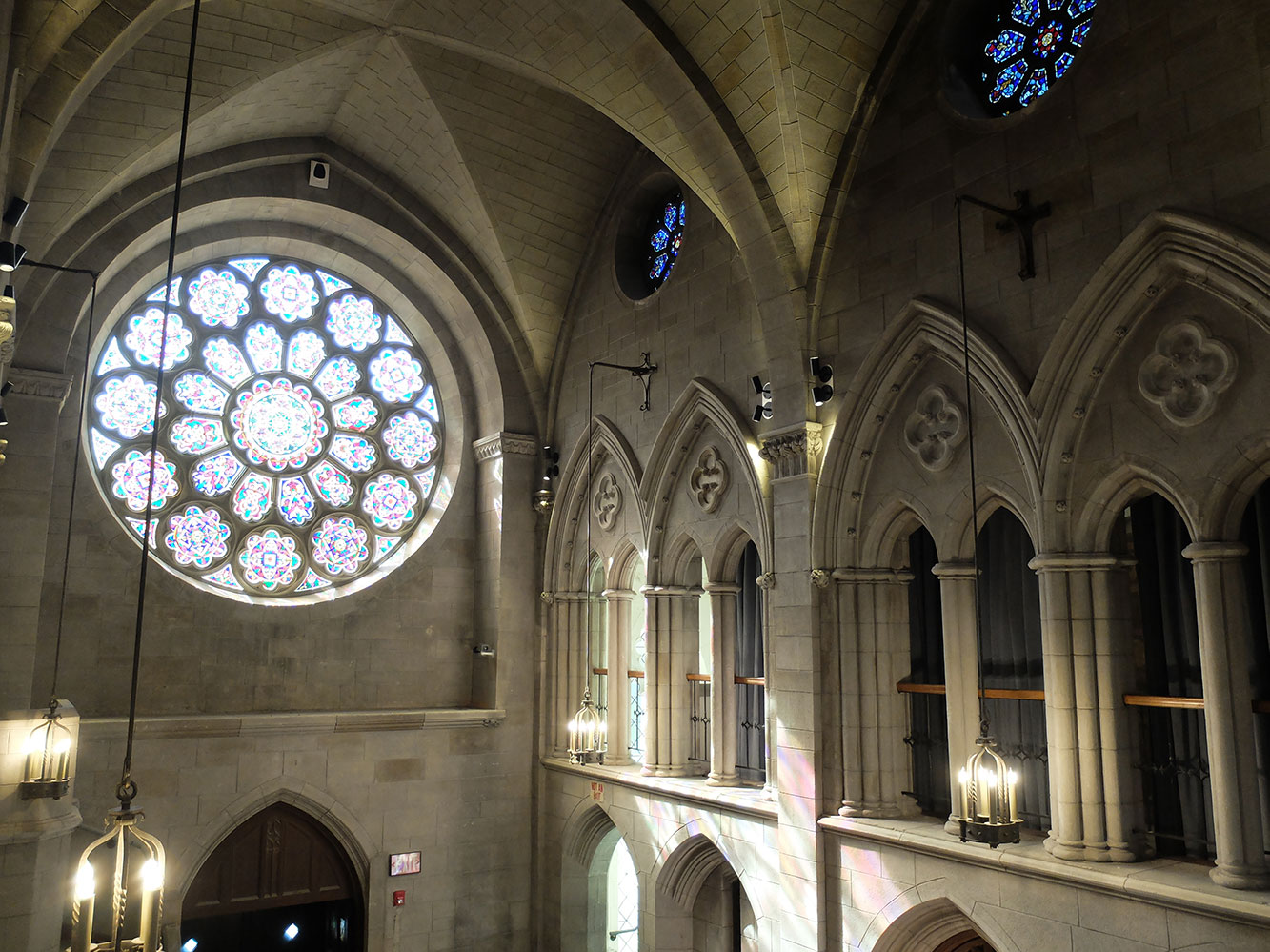 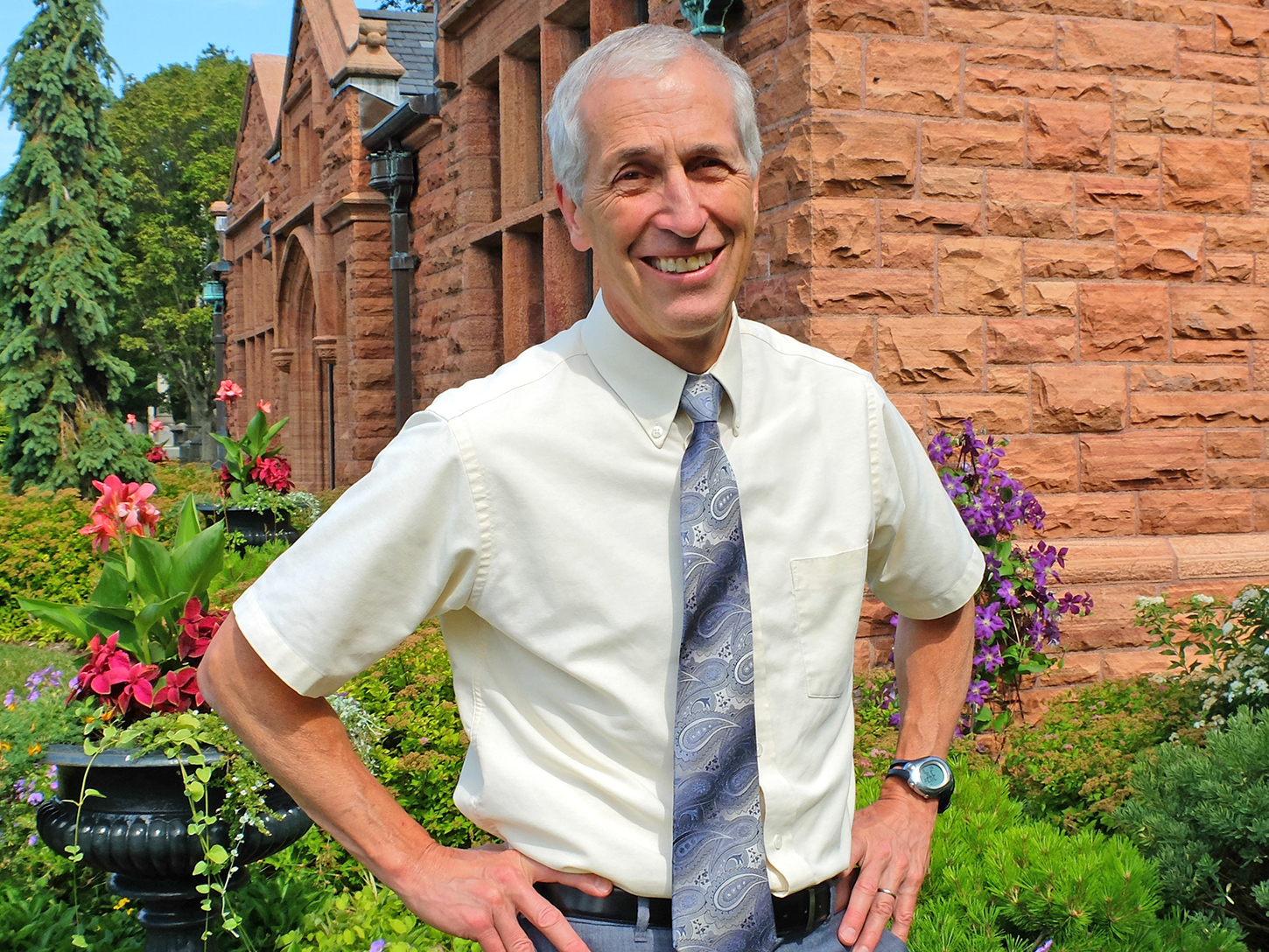 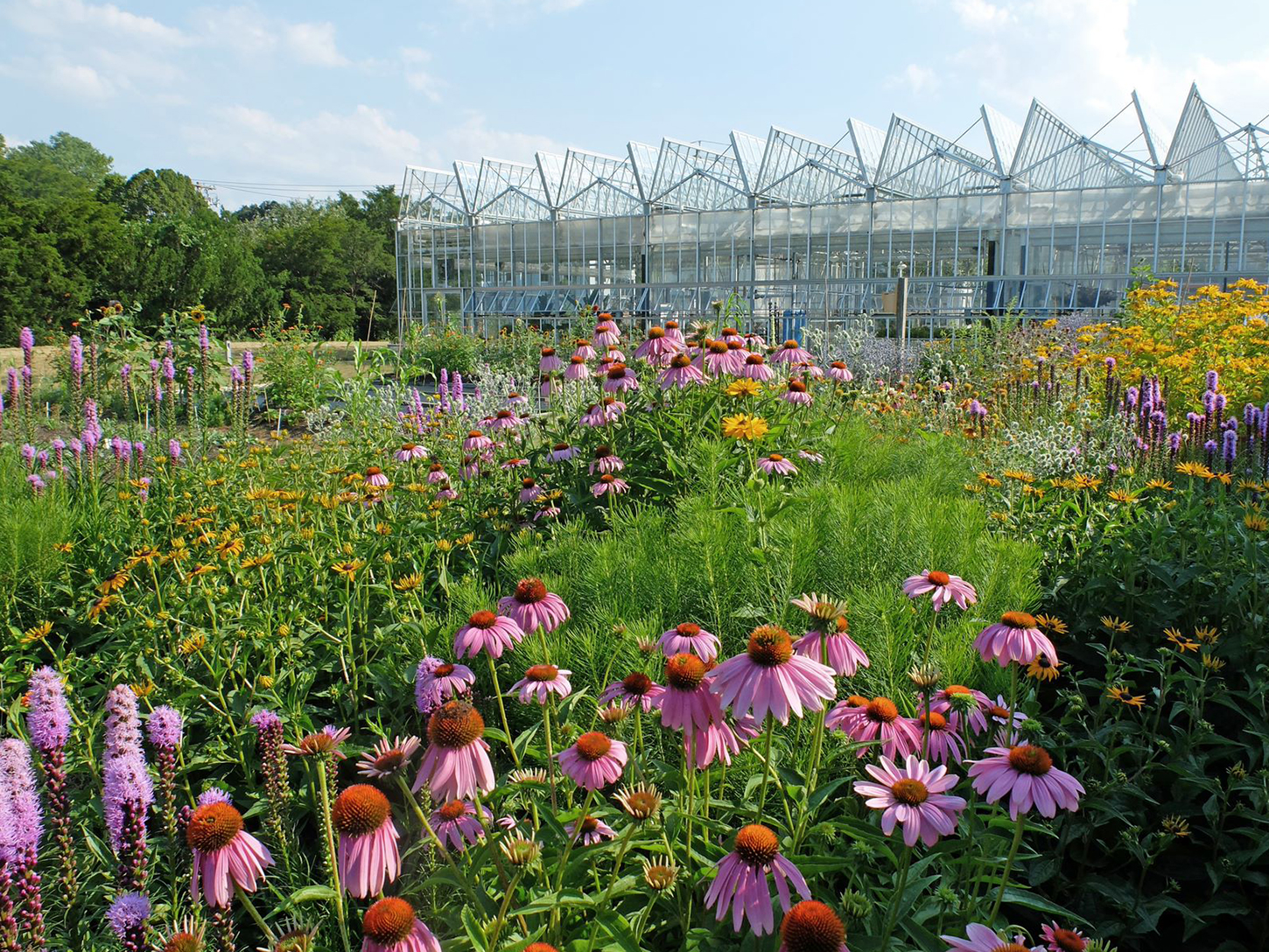