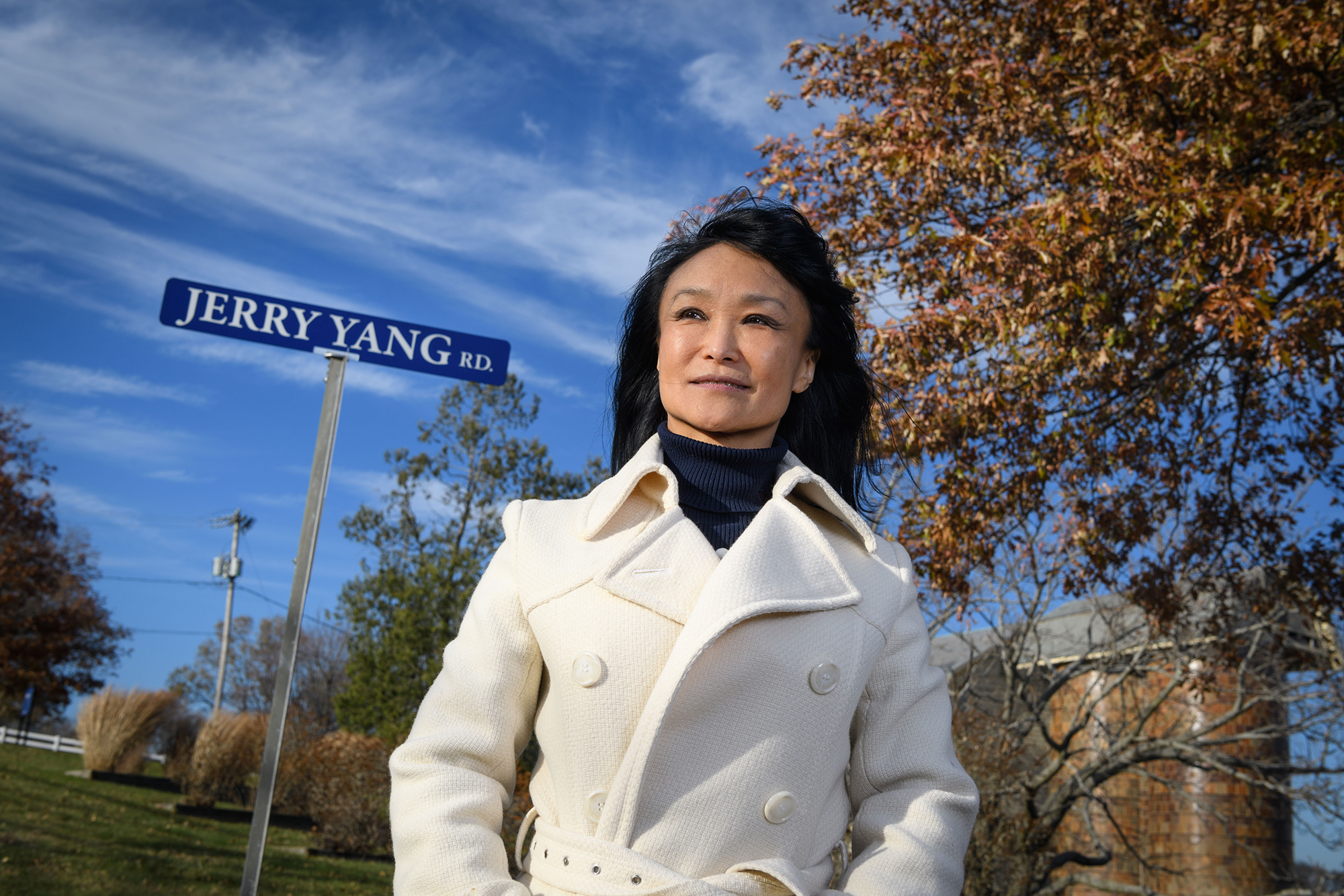 The road to the UConn Dairy Bar is a fitting place for a tribute to the late animal science professor Xiangzhong “Jerry” Yang, who is best known for cloning Amy, a Holstein calf born at UConn in June 1999 and the first cloned farm animal in the United States. It was three years after Dolly the sheep was cloned in Scotland.

This street to the Dairy Bar from Route 195 has been named “Jerry Yang Road.” It also is where you will find the Agricultural Biotechnology Laboratory, where Yang performed countless hours of research that brought international fame to the University and where Yang’s widow, Xiuchun “Cindy” Tian, a professor of biotechnology, works in the Department of Animal Science and the Stem Cell Institute. My colleague Mike Enright ’88 (CLAS) spoke with Tian for a story on UConn Today earlier this year and shares this:

“We have lots of awards and newspaper clips about Jerry at home, but this will last forever and is very visible,” says Tian. “So many children come to the Dairy Bar, and now they can ask, ‘Who was Jerry Yang?’ Jerry would love that, because he encouraged young people to learn about the sciences and STEM and to set big goals in their lives.”

Yang faced some challenges during his time at UConn. In 1999, just two years after arriving at the school, he was diagnosed with cancer of the salivary gland.

“It was a shock at the beginning, but he dealt with his illness with so much courage,” says Tian. “He wanted to live life to the fullest and was always thinking about his next project. Jerry achieved so much, even after his diagnosis.” Despite having difficulty eating and swallowing, he did not stop pursuing his research and sharing it with others. He eventually died from the disease on Feb. 5, 2009.

Yang enjoyed life, she says. He was a fan of late-night card games and had a soft spot for Jonathan’s Supreme at the Dairy Bar — a mixture of vanilla ice cream, peanut butter swirl, and chocolate-covered peanuts ­— which Tian admits continues to be a favorite of hers as well. Their son Andrew, 29, is working on a graduate degree in robotics and computers at UConn.

Jerry Yang is revered in his hometown in Hebei Province, China. His likeness and that of his cloned cow Amy have been carved into a stone wall in a park, a statue of him has been placed in an elementary school, and his childhood home is being renovated into a museum. 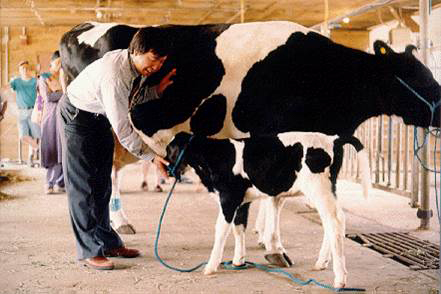 Above: Yang with Amy and her stem cell donor in 1999. Top: Tian in front of the street named for her late husband.