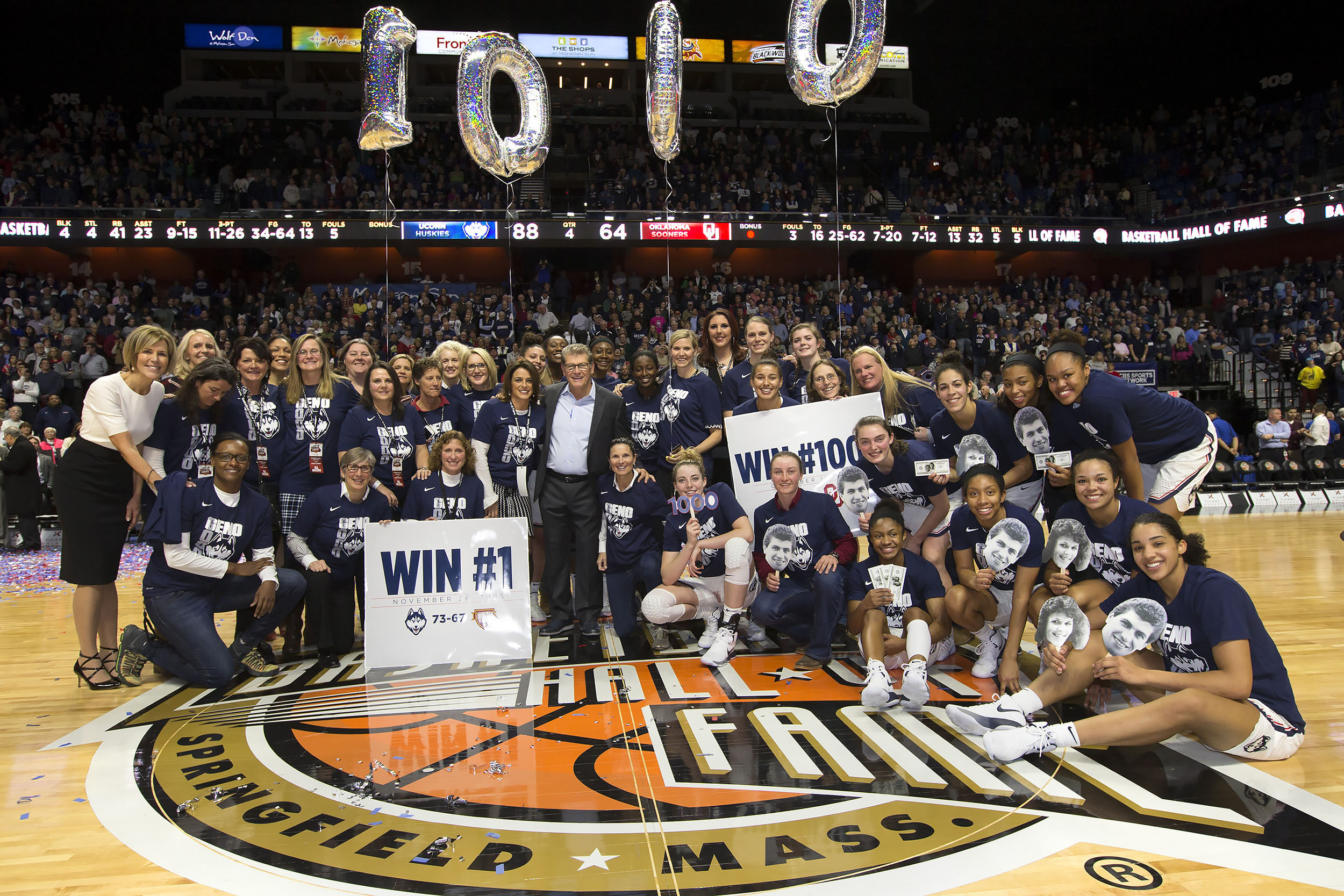 Members of the women’s basketball team past and present celebrate the 1,000th win for Geno Auriemma and Chris Dailey at the Mohegan Sun Arena on Dec. 19, 2017. Many members of the team that gave them win #1 in 1985 were on hand, and current team members held up pictures of the two coaches from 1985.

Auriemma became the fourth women’s head coach to reach that milestone with UConn’s 88–64 win over Oklahoma in the Hall of Fame Women’s Holiday Showcase. He joined Pat Summitt, Tara VanDerveer, and Sylvia Hatchell, who earned her milestone victory earlier the same day.