Huskies in the Wild 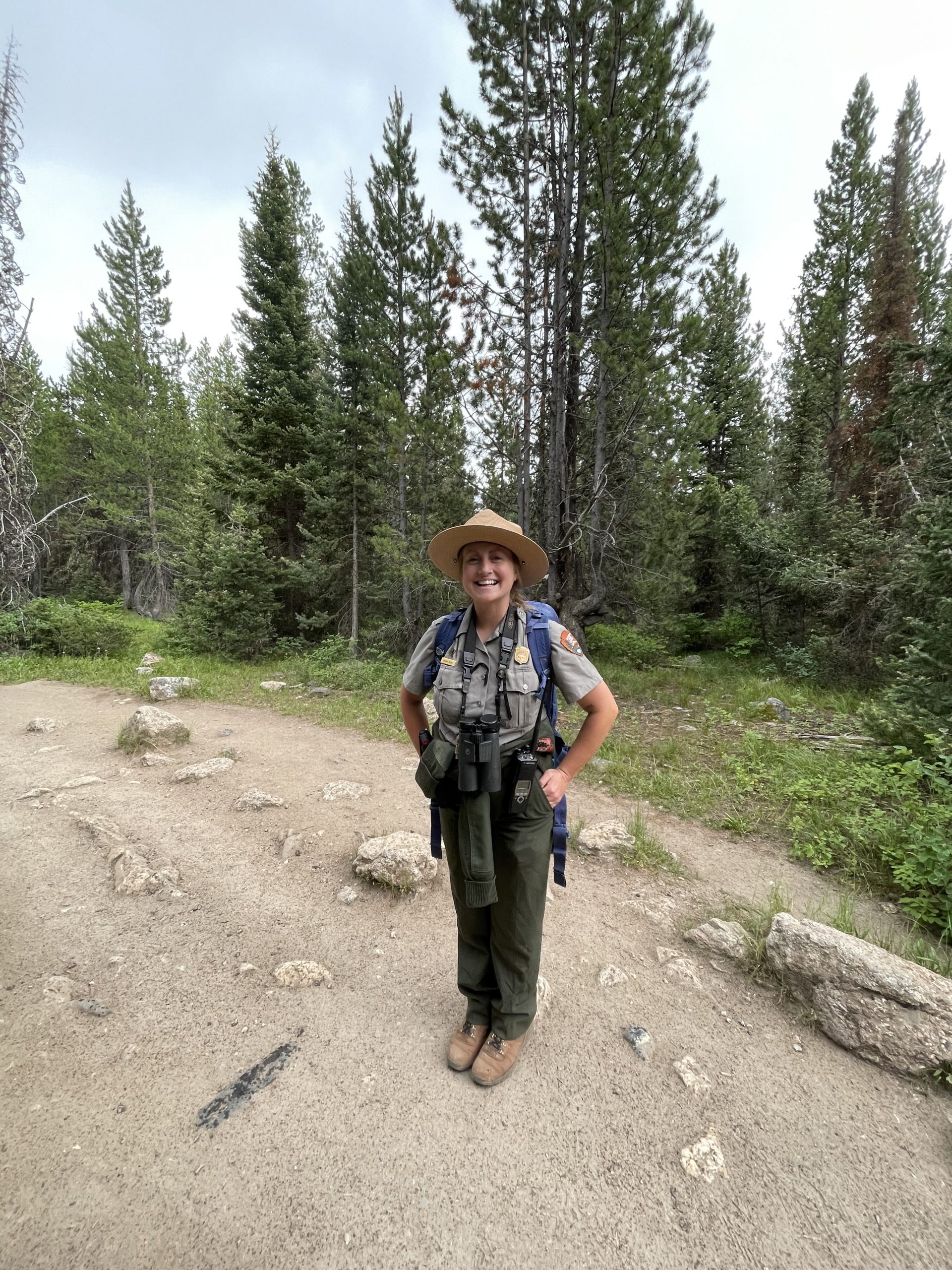 Hannah Bacon ’15 (CLAS) on the Grand Teton National Park trail where Jen Cote and her family ran into her. 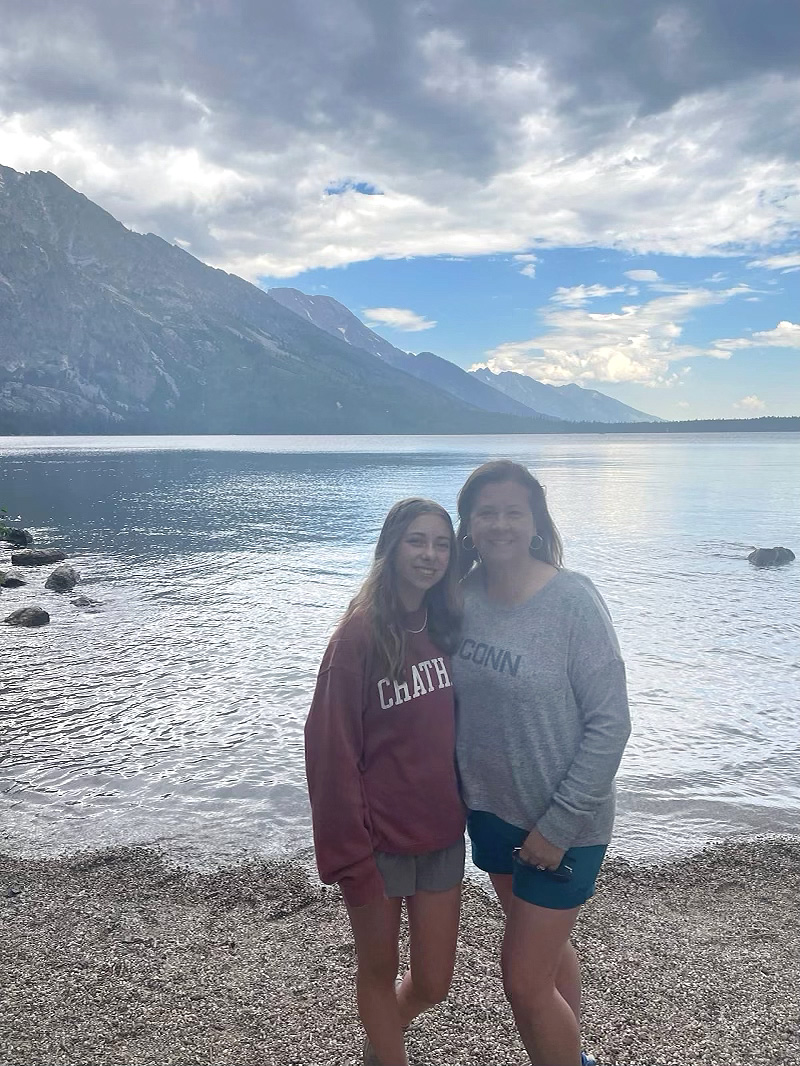 Cote and daughter Kaida at Jenny Lake on that same trip.

Hannah Bacon ’15 (CLAS), left, on the Grand Teton National Park trail where Jen Cote and her family ran into her. On the right, Cote and daughter Kaida at Jenny Lake on that same trip.

This summer, my colleague Jen Cote and her family were at Grand Teton National Park in Wyoming hiking a fairly remote trail around Jenny Lake when they heard someone call out, “Hey did you go to UConn?”

The park ranger approaching on the other side of the trail, who had spied Cote’s UConn T-shirt, turned out to be none other than Hannah Bacon ’15 (CLAS), who made headlines in our magazine (“3,081 Miles,” Fall 2021) and across social last year when a job loss prompted her to not find a new job; but instead walk across the country solo to raise money for climate action. Cote remembered Bacon’s story well and admits, “We were a little starstruck.”

And they had a lot of questions for Bacon. “She told us about her trek cross country, which was great for my kids. It’s one thing to be told you can do or be anything. But it’s another thing to see it.” It was particularly inspirational, Cote says, because Bacon felt like one of them. “She’s local, a UConn grad, she decided to go on this amazing adventure, and then did it — and now she’s a park ranger on the other side of the country.”

Cote says they talked about Bacon throughout the rest of their trip. “I didn’t expect to connect with someone from UConn — especially in the middle of the woods in Wyoming!” And all because of a UConn shirt.

We love stories of encounters like these and random photos of UConn gear in the wild. Please share them with us so we can include them in our upcoming “In the Wild” feature in the UConn Nation section of the magazine.