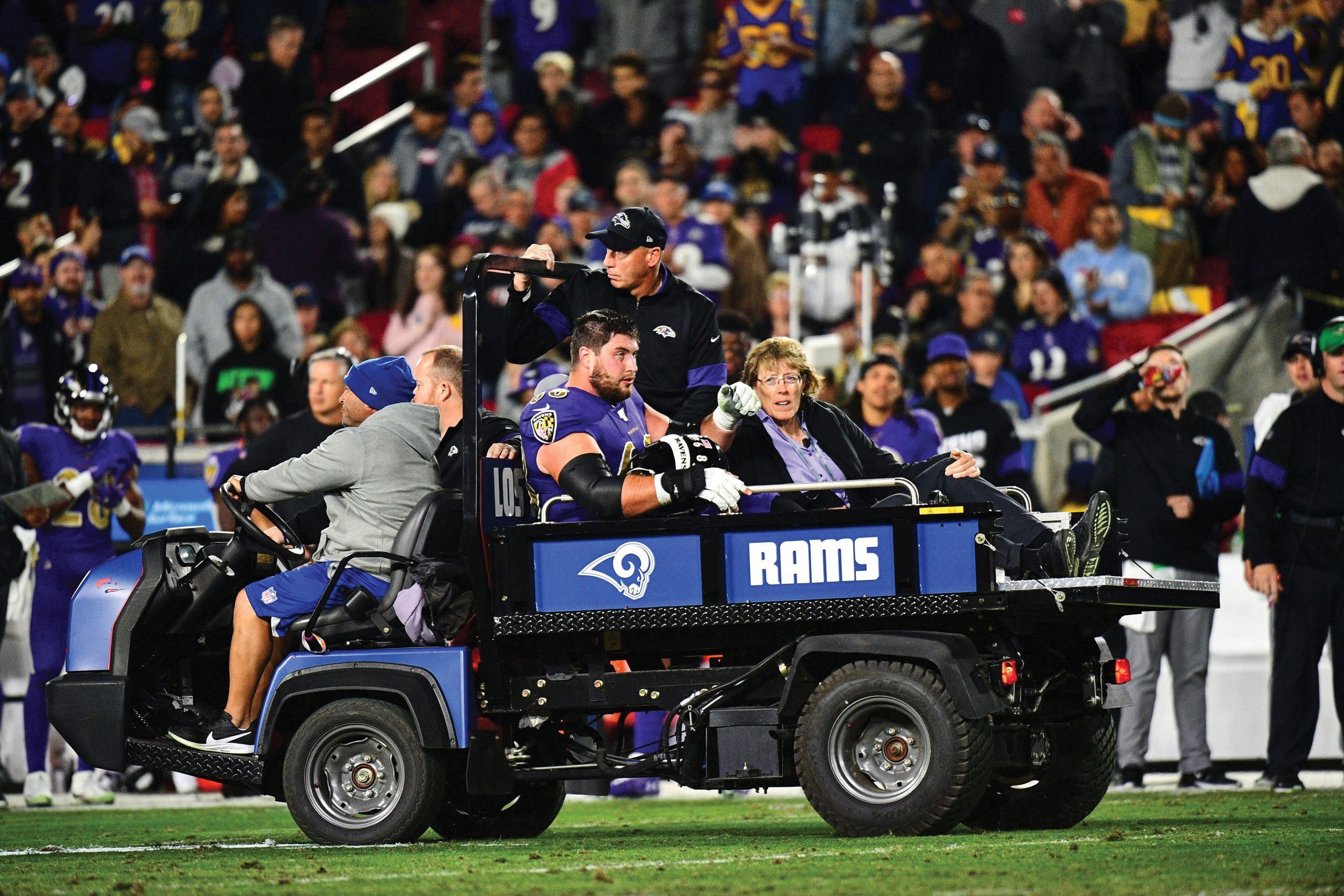 Marshal Yanda was an all-pro guard for the Baltimore Ravens of the National Football League, a massive 300-plus pound kid from Marion, Iowa, who was about as big and strong as human beings get. But when one giant powerful athlete collides with another giant powerful athlete, something’s gotta give. In 2008, what gave was Yanda’s knee, an ACL tear that 30 years ago would have been a career ender.

Thanks to orthopedic surgeon Leigh Ann Curl ’85 (CLAS), a former Husky basketball power forward and UConn University Scholar, Yanda went on to win a Super Bowl and play in eight Pro Bowls before retiring in 2019.

Curl, chief of orthopedics at MedStar Harbor Hospital in Baltimore, Maryland, has been the head orthopedic surgeon for the Ravens since 1998. She also is assistant team physician for the Baltimore Orioles and has worked with the University of Maryland Terrapins, the New York Mets, USA Women’s Basketball, and St. John’s University in New York, among others. And she recently finished a term as president of the NFL Physicians Society.

There is no collision sport as impactful on the human body, head to toe, as football. Even a smaller defensive back, moving at high velocity, can apply as much as 1,600 pounds of force when making a tackle — and when one player is going east and the other is going west, you can magnify that force to as much as 150 Gs.

“I’ve covered football at every level, from high school to college, on the sidelines, and there is absolutely no question that every step up, they’re bigger, stronger, faster, more speed, more collisions, and more intense injuries,” says Curl. “Every sport has its own injury profile. The goal is to drive a reduction of injury risks and a reduction of injury burden. There are players who have significant injuries, like maybe some spine things, and you say to them that the risk of playing is so significant you would basically flat out disqualify them. But for almost everything else, it’s a shared decision making on what the options are.”

On Nov. 25, 2019, at the L.A. Coliseum, it was Raven center Matt Skura whose knee took the hit, and who left the game in the injury cart with Curl (pictured above). Both Yanda and Curl helped Skura rehab emotionally and physically from what turned out to be an ACL, MCL, and PCL tear and to make a remarkable recovery. This season, Skura is back at center, playing for the New York Giants.