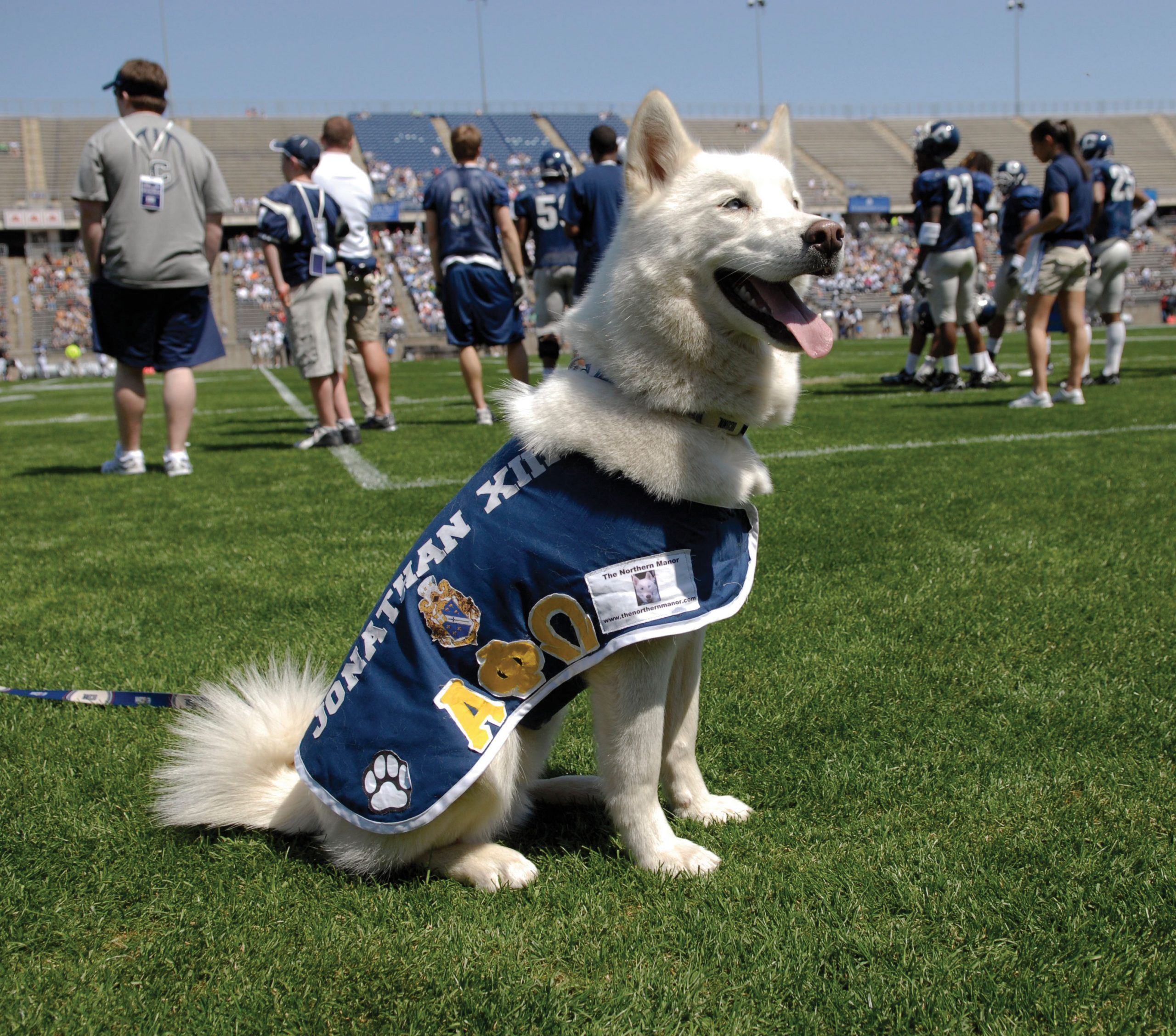 Jonathan XIII at the 2008 Blue & White scrimmage at The Rent.

Jonathan XIII, the snowy white Siberian Husky who represented UConn as its official mascot for almost six years before going into retirement as mentor and best friend to his successor, died in August at age 14.

Jonathan XIII made his Husky debut during the March 9, 2008, men’s basketball game against Cincinnati. From that beginning, he was a friendly presence during his walks on campus and a source of spirit and pride at athletics events. He continued as the official mascot until 2014, when his growing sensitivity to loud noise and crowds made such events uncomfortable for him to attend.

He then became an unofficial mascot emeritus when the black-and-white Jonathan XIV was introduced in 2014, and the two dogs lived together as de facto brothers throughout the younger Jonathan’s life with a host family off campus.

Huskies named Jonathan have represented UConn dating back to 1935, in honor of Jonathan Trumbull, the last colonial governor and first state governor of Connecticut. The co-ed service fraternity Alpha Phi Omega has helped to care for the Jonathans since the 1970s.

Although he had continued to take regular walks on campus in recent years with Jonathan XIV, the elder Jonathan — known colloquially at home as “J.J.” — had been slowing down in recent years and had attended fewer official events.