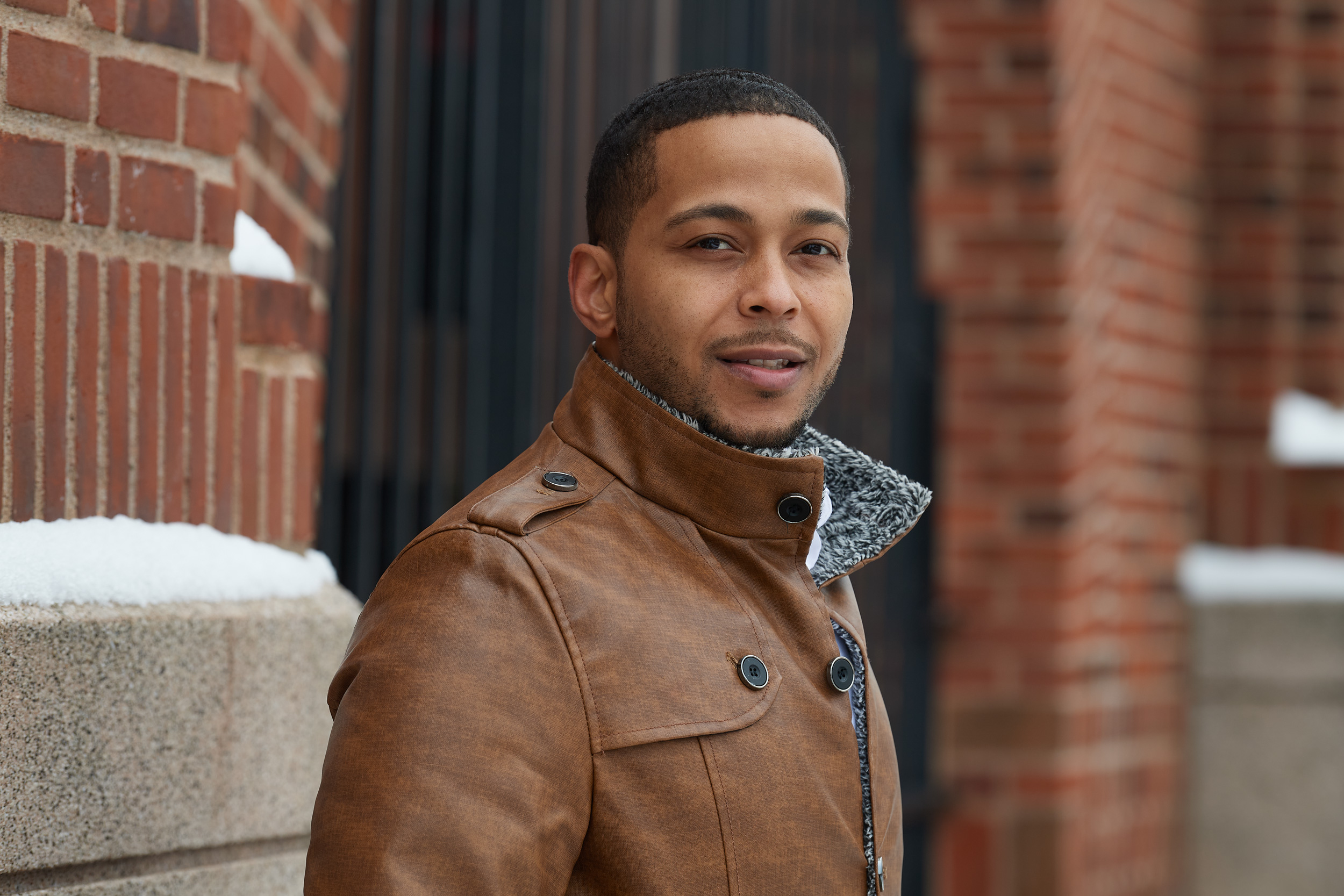 As seen and heard on YouTube or on Revolt TV, the music network founded by Sean Combs, a Richie Mutts freestyle strikes all the right notes. Contemporary beat, dazzling wordplay, powerful urban imagery. Close listening reveals a strong social justice message baked into the groove. Mutts calls it “putting medicine in the food,” whipping up a confection so delicious kids don’t realize it’s good for them.

For Mutts ’06 (CLAS) the impulse to do good is as irresistible as an infectious melody. In addition to making music and videos, the Hamden, Connecticut, native works as a program director for Meriden Children First, and last year he established the Born Rich Foundation. Dedicated to improving racial equality across Connecticut, the nonprofit is built on what Mutts calls “the five Es — exposure, experience, education, and empowerment, all wrapped up on a foundation of equity.”

The Foundation’s name comes from a 2019 documentary Mutts made about the disconnection between communities of color and institutions of power, including the police. It nods to a wider definition of “wealth” than is commonly celebrated by the music industry.

“Information is wealth, friendships are wealth, access is wealth,” he says. “Born Rich addresses the idea that generational wealth begins with parents being able to share information and opportunity with their children. Social and emotional learning techniques, understanding of self, financial literacy — in underprivileged communities, we just don’t have full access to all that.”

Among current projects, the Foundation is collaborating with the cities of Hamden, New Haven, and East Haven to produce a series of public service announcements aimed at bridging the disconnect between communities of color and law enforcement. “I want to get officers and municipal leaders to put themselves in the shoes of a young minority,” Mutts says. “And I also want that 16-year-old kid to put himself in the shoes of a cop. We have to be able to at least try to understand each other.”

As Mutts and his team produce the PSAs, kids will work alongside them to learn video editing, sound engineering, graphic design, coding, digital marketing, and other marketable skills. “A lot of these kids want to be rappers,” Mutts says. “I would never throw dirt in someone’s drink, but breaking through as an entertainer is very challenging. While honing those skills, why not learn how to engineer? Why not learn videography?”

Mutts got his own start in the recording industry more than a decade ago. A writer of poetry and lyrics since childhood, he decided to go full throttle with music after graduating with a degree in human development and family sciences. “I packed up the car and drove to California to see where it would take me,” he says. In short order his talent landed him in Atlanta, the red-hot center of hip-hop, where he worked with major label Jive Records.  But the deeper he got into the business, Mutts discovered, the less he liked it. “It was so much smoke and mirrors, the cheap high of sex and drugs and money. Rather than how to make a record from the heart, the question became, how can I make a hit record? This was not what I loved about the culture.”

Craving something more meaningful, he returned to Connecticut to do community outreach. While not everyone from the industry understands why he’d launch a nonprofit — in Atlanta, one manager counseled performers to bring $10,000 cash to live shows to toss at the audience — for Mutts the reward has always been obvious. It’s the ability to make an impression, change a life, shift a perception. It’s the thirteen-year-old aspiring rapper who shares a song he’s written after hearing Mutts’s work — in place of the same old, same old, the kid is now rapping about being class president.

“These are the stories that resonate with me,” Mutts says. “Building ourselves up, creating connections within our community. That’s true wealth.”