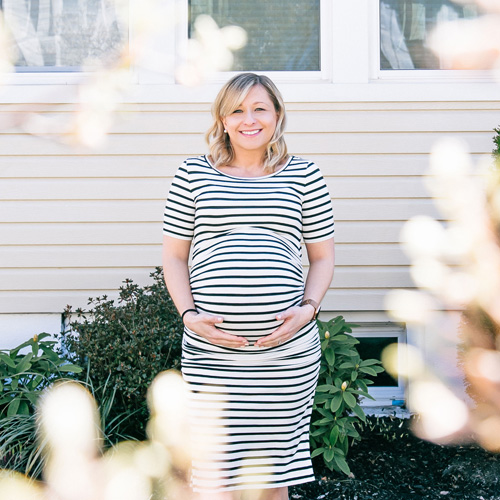 “It’s strange to think that I was worried about accidentally eating unpasteurized soft cheese a few months ago, and now I am writing my will and preparing for the worst case scenario (while hoping for the best, of course),” Alexandra March ’10 (CLAS) told us in April.

With her first child due in June, the self-described “type A, planner, worrier” is being forced to set aside her spreadsheets during a time that makes even type Cs consummate type As. “All this time I thought that the worst I would have to protect her from in the early days would be the common cold, and I would combat that by wiping off her tiny, ever-sticky hands, feeling like the most capable doctor in the nation’s best hospital. Now I realize that not only can I not prepare for her birth in a pandemic, but it’s also likely that a lot of her life will be beyond my protection. My spreadsheets will be useless. I’m forced to accept that I can’t plan for everything; I don’t have any choice but to be agile — no one knows what the world will look like in three months,” wrote March in The New York Times in April.

March doesn’t usually write for the Times — she works behind the bylines. As senior staff editor for the opinion section, she runs eight digital newsletters for the Times, including “Debatable,” with its opposing views on major topics. Her role encompasses a bit of everything for the opinion section’s digital realm, from co-running its Instagram with a colleague to working on push notifications, LinkedIn, Flipboard, and Apple News.

It’s a job that largely can be done on a laptop and phone from anywhere, she says, so the WFH transition was easy, but “the work itself has changed,” she says. “We’re sort of existing in a chronic breaking news situation that’s very much a marathon, not a sprint. The coronavirus is the storyline that has consumed the world, and part of my job is making sure we are reaching readers with these stories in a way that feels valuable and is answering the questions that they’re asking at that moment, rather than contributing to the panic that I think we’re all feeling a bit right now.”

One of the biggest challenges of her job is staying current in the digital universe. “Tech moves very quickly,” she explains. “In the role I’m in, I’m always trying to figure out if the tech is worth adapting to. There’s Amp for email — is that something we should consider? I work at emerging platforms — is TikTok something we should consider in the opinion section?” March touts the benefits of good old-fashioned email, considered passé by some Millennials and Generation Z.

“It offers a direct line to readers. If we hear from a reader who’s angry, I can respond to them directly: ‘Hey, let’s talk.’ A lot of people who I’ve responded to replied, ‘Oh my God, I’m so sorry. I had no idea there was actually a person reading this.’”

March grew up in Branford, Connecticut, along the shoreline. She always knew she wanted to live in New York City. “Originally I wanted to be a Rockette,” she reveals, “but then I grew up and became five feet tall.”

She also assumed she’d go to school in New York. “I thought I wanted to be in the city, somewhere different from where I grew up, so I was partial to schools like NYU,” March admits. “Then I visited UConn. It was green and open and seemed like this little microcosm. It almost was a city — its own little city.”

A journalism major from the start, she joined The Daily Campus in the commentary department, since renamed the opinion department. “I was taking a lot of newswriting classes and Journalism 101 in school, so opinion gave me an opportunity to learn something I wasn’t getting a taste of in my classes,” says March.

She eventually ascended to commentary editor. “Most of my favorite college memories were closing the paper at 3 in the morning after copy editing for hours,” March says, recalling “having to think about the scope of the world in a way that would appeal to college students and including different types of voices in the paper.”

After graduation, she landed a job reporting for the New Haven Register, the state’s second-largest newspaper, where a favorite career anecdote foreshadows her current situation. “After Hurricane Irene hit [in August 2011], everyone was trying to work remotely, roads were down, you couldn’t really travel around. Most of my colleagues lived by the shoreline, but I was inland and still had power and Wi-Fi. So we set up a makeshift newsroom from my apartment,” says March. “I was cycling between filing stories, making phone calls, and making people food!” she says with a laugh. “But it showed how important local journalism is, the lengths people in local news will go to make sure they’re getting the news out to readers.”

March moved to New York City to work for the nonprofit Community Solutions, which fights homelessness, then went back to journalism for stints at Mic and HuffPost. Two years — and a lifetime ago — she joined the Times.

“While things may be different than I expected, I certainly have no reason to complain. I am grateful to be employed and have food and shelter; that I work for an employer whose leaders have been flexible and supportive, while also publishing critical journalism; that so far, my pregnancy has been uncomplicated and my husband and I are healthy. This virus has taken many things from so many people and it’s heartbreaking. So far it has given me perspective that I hope will last well beyond the point that we’re all able to hug one another again.”

Read March's op-ed "I Did Not Plan to be Pregnant During a Pandemic". 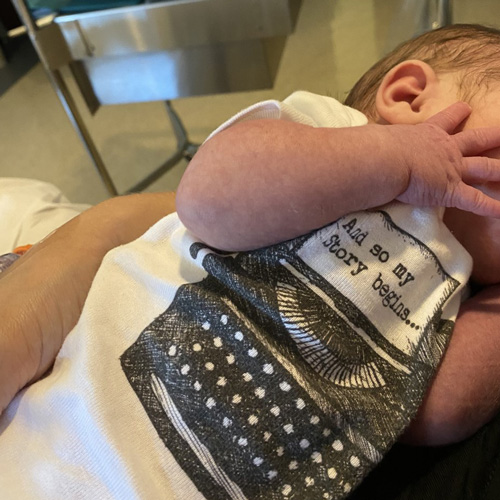 My husband and I met in a newsroom, so we had to make sure Ellison’s first onesie was on brand.