Teaching the World to Swipe for Love 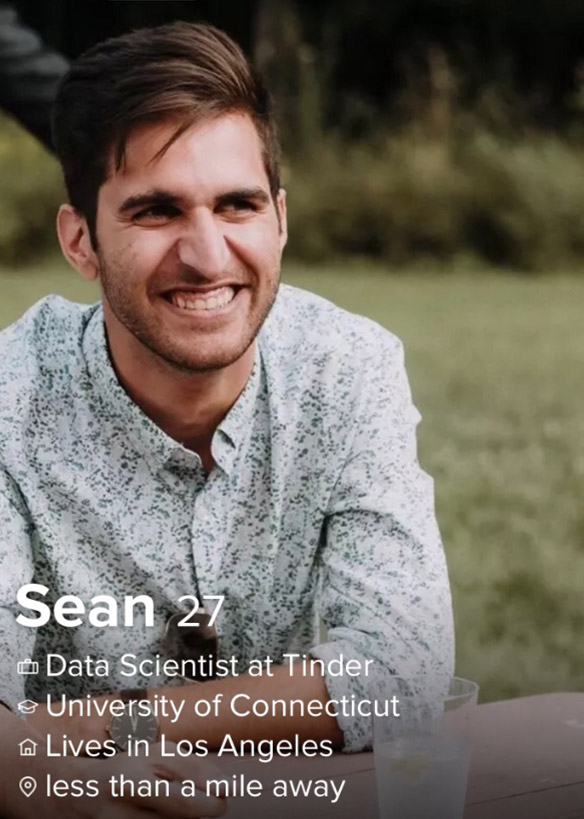 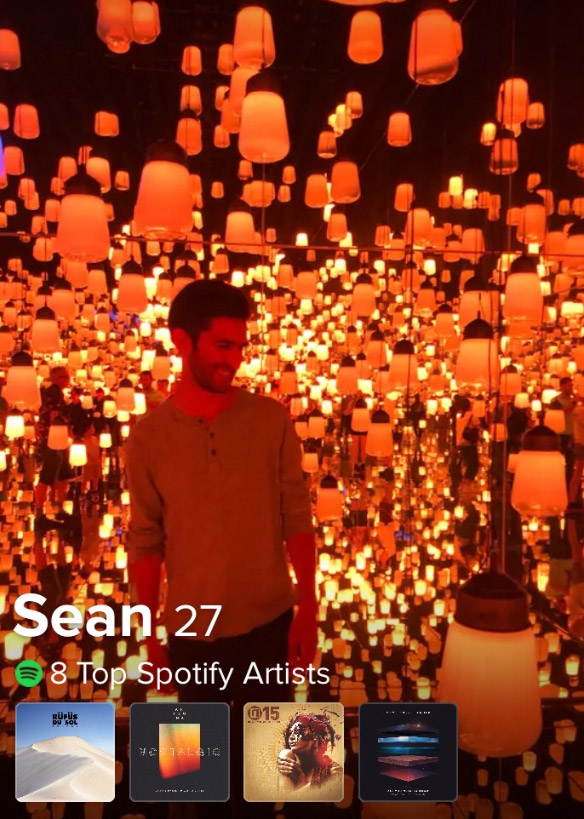 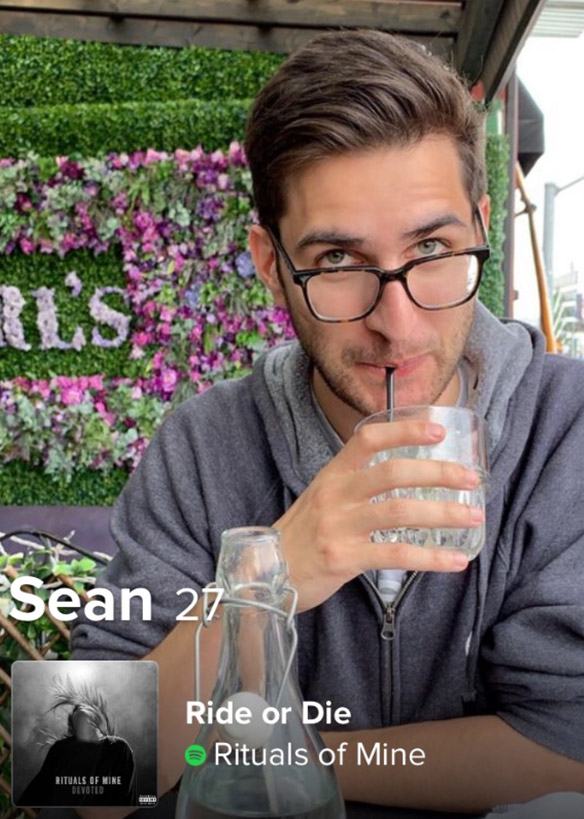 How does working for the country’s most used dating app change your own Tinder profile?

“I have more recent photos now — a lot more recent. I remember showing my profile to someone and she said, ‘You look different in every photo!’” says Glastonbury native Sean Reddy ’14 (CLAS). “They spanned four years, and I had a different haircut in every picture.” And his bio section? “It was pretty tame before,” he acknowledges, “but now it says, ‘I work for Tinder and I’m on here for research’ with a winking face.”

Reddy is a data analyst on the international team, focused on overseas growth. “Right now, there’s a big push with the Asia Pacific region and how dating trends are rapidly evolving,” Reddy says. For example, in India the longheld practice of arranged marriage is becoming less common, which led to a skyrocketing rise of dating apps in a nation where the concept of “dating” is itself relatively new. His team also works on Japan, South Korea, Indonesia, and Vietnam.

What insights can Reddy teach about how to craft your own U.S. Tinder profile? “First impressions are important, so you want your best photo first,” he suggests. How many photos? “We allow up to nine, but you don’t need that many. But have at least three.” And though bios can be up to 500 characters, he recommends tweet length.

Reddy wasn’t always the perfect Tinder match. “I’d always been an old soul, thinking I was going to meet someone in person,” he reveals. “Seeing how many people are meeting on apps like these opened up my eyes.” He notes his personal favorite example: In conversation with a random stranger while waiting at an airport, he mentioned that he worked for Tinder. The man replied that he met his wife on Tinder. And Reddy’s own current status? “It’s complicated”.

Reddy has worked for several different divisions or “pods” at Tinder.

On the profile team, he worked on tools to help users add compelling content to their profiles. “My Anthem,” which let users list their favorite song, quickly becoming one of the app’s most used features. (Tinder’s blog revealed 2018’s most selected anthem: chart-topping hip-hop song In My Feelings by Drake.)

On the Discovery team, he concentrated on how users find people to potentially match with. Various factors influence who shows up, and in which order, when you’re browsing through profiles – and vice versa, whether you show up, and how high up in the order, when other users are browsing. These factors include how often you use the app, a person’s distance from you, and whether you subscribe to the app’s paid premium version Tinder Plus.

On the Customer Relationship Management (or CRM) team, Reddy dealt with direct outreach to users, such as email or push notifications. “There’s a lot of optimization in that,” Reddy says. “You’re not going to send someone a push notification at 6 a.m.”

Since the company already dominates American single life, their attention has recently shifted to overseas growth, which explains why Reddy now works for the international team.

“Right now, there’s a big push with the Asia Pacific region and how dating trends are rapidly evolving,” Reddy explains. For example, India alone has more than 1 billion people, and the country’s longheld practice of arranged marriage is becoming less common – leading to the skyrocketing rise of dating apps in a nation where the concept of dating is itself relatively new.

His team is also focusing on Japan, South Korea, Indonesia, and Vietnam. “Culturally, they’re all very different, so there are nuances and no one-size-fits-all solution,” Reddy admits. For example, “whether we use the word ‘swipe’ or ‘match’ or something else in each of these languages can be game breaking.”

Whatever division he is in at a given moment, Reddy’s reveal that he works for Tinder gets amazed reactions from everybody. Well, almost everybody. Do his grandparents fully understand what he does, or the company where he works? “Sort of,” Reddy answers. “They know what Match.com is.”

In addition to calculus, linear algebra, and programing classes, “Some of my favorite classes were gen eds [general education classes], and one of my favorites was actually public speaking,” Reddy says. “I’d had a lack of exposure to public speaking, so it was helpful to get in front of an audience and practice in a low-pressure environment.”

After graduating with a B.A. in mathematics and actuarial science, he worked as an actuary for New York Life in Manhattan. Though he liked “the trifecta of working in math, business, and computer science,” Reddy says, “it didn’t have quite the right balance I was looking for.” He got a master’s in statistics at Columbia. “The jobs I was really interested in at the time were Citadel or Goldman Sachs,” Reddy admits. “Now I’m actually glad I didn’t end up there!”

After passing both a phone interview and a technical test from Tinder’s analytics team, he was flown to Los Angeles for a final series of in-person interviews. Upon receiving a formal data scientist job offer by email, Reddy replied using Tinder’s famous catchphrase “It’s a match!” which appears onscreen when two people both swipe right on each other’s profiles, indicating mutual interest.

“I regretted that instantly,” Reddy says with a laugh, recalling his immediate reaction after clicking the send button: “They probably hate me right now, because they’ve seen that a million times.”