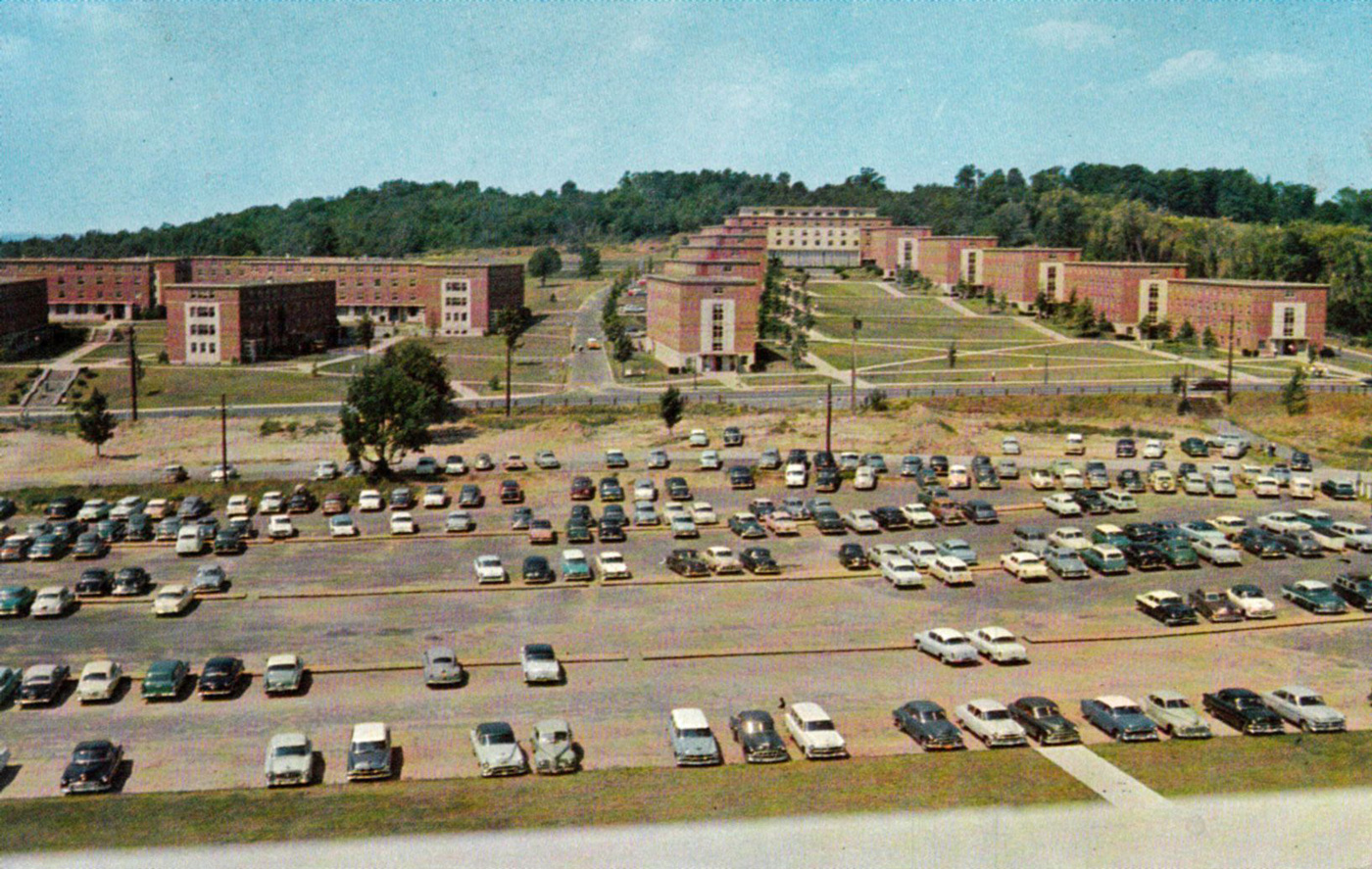 For decades at UConn, if you asked directions to the North Campus dormitories, you would most likely be met with a puzzled expression. If you asked where the Jungle was, though, chances are your interlocutor would have no trouble steering you in the right direction.

That this has changed is unthinkable to some Huskies who graduated before the early 2000s, when the place’s reputation began to change. The Jungle was made alcohol-free in 2002, a decision so at odds with its reputation that it prompted a story in The New York Times.

“I was a freshman in Northwest in ’05 and we definitely just called it ‘North,’ but the story of it being called ‘The Jungle’ was very well known,” says Sean Rose ’09 (CLAS).

The legends of the Jungle are many, from mass snowball fights between the “jungle rats” and the residents of South Campus to requisitioning dining hall trays to serve as surfboards down the muddy slope of the hill where the dorms stand. Perhaps no story of mayhem is as familiar as the one about returning veterans who were students on the GI Bill — in some tales, from World War II; in others, it’s the Vietnam War — who rode motorcycles through the hallways.

The motorcycles may be apocryphal, but the history of North Campus is bound up with returning veterans. After the Allied victory in Europe and Asia, U.S. universities experienced a surge of enrollment that lasted well into the subsequent decade. UConn was no exception, and faced with a serious housing shortage in the late 1940s, the University built the 11 dormitories of North Campus in time for the arrival of students in the fall of 1950.

The standard assumption is that North became known as the Jungle because of the rowdy behavior of the vets, a claim made by, among others, Evan Hill, former head of the journalism department, in an unpublished history of the University.In the early 1950s, there was indeed plenty of rowdy behavior coming from North Campus. In October 1954, for instance, there was a mass march on South Campus for a water fight with the female students living there, followed a week later by a “military-type” explosive being detonated outside New London Hall. But surprisingly, the Jungle was not yet the Jungle.

“The day will come,” vowed North Campus judiciary board member Gordon Leibowitz to the Connecticut Campus, “when North Campus will no longer be called ‘The Den of Animals’ or ‘The Catacombs.’” He was right, although he might not have been thrilled to know that “The Den” spent decades as “The Jungle” before becoming known as North Campus.

Of course, whether you call it North, the Jungle, the Den of Animals, or something else (for the first 70 years of our history, before residence halls were built there, students knew it as Cemetery Hill), what’s indisputable is that it’s been a home away from home for generations of Huskies who will cherish their memories of it for as long as they live.

Just remember to park your motorcycle outside.