The Doctor is In — And Out

I’m lucky to have my parents living right around the corner from me, especially considering that my mom is a terrific cook and generous with dinner invites. At one such recent meal, I recounted a tale from my workday about arranging logistics for our cover story. It concerns a neurologist here who works with a lot of athletes, including UConn students but also bull riders on the national circuit, boxers, and MMA or mixed martial arts fighters. 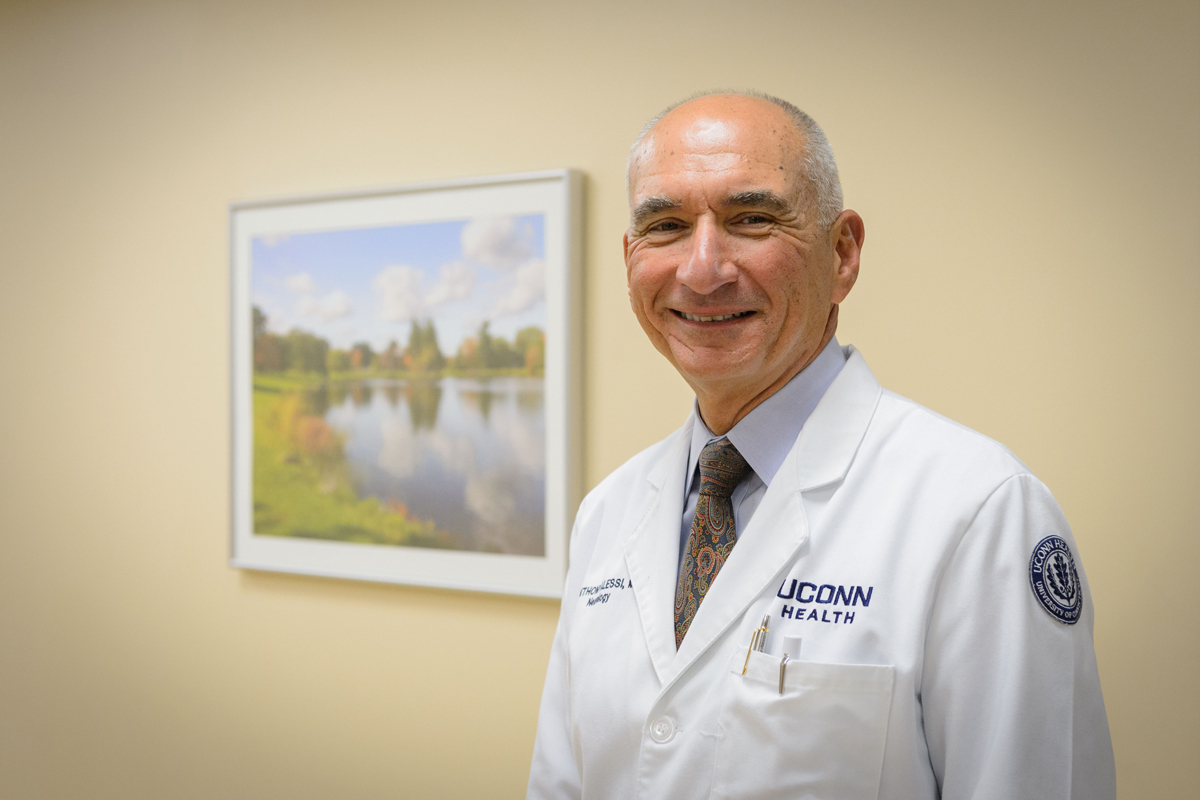 I had spoken with him briefly to make sure all the places, times, and credentials were in order for our art director, photographer, and writer to meet him at Mohegan Sun Arena later that afternoon where he and his team would be examining the MMA fighters scheduled to compete the following night. I told my parents that what I had found fascinating was his easygoing manner (“just have them text me, I’ll find them”) paired with the high stakes of his job. That afternoon, he and his team from UConn Health would be doing exams to make sure the men and women were fit to get in the ring the following night. But perhaps more critically, he in particular would take the fighters’ measure in terms of general manner and comport. Because the following day he would be the fight doctor, the one who determines when to pull any fighter who is in danger of doing permanent damage to his or her brain.

And how was my parents’ day? Pretty uneventful, they said. My mom, too, had dealt with a UConn Health neurologist, she said, when she went to the offices at Storrs Center for a follow-up on her carpal tunnel syndrome.

And that, of course, is the punchline. We soon realized that her local carpal tunnel physician and the subject of our feature “The Knockout Doctor” are one and the same. The remarkable Dr. Anthony Alessi and many UConn Health physicians juggle seeing patients at our hospital in Farmington and clinics throughout the state with teaching, research, and consulting. For Alessi that last piece means climbing into rings and paddocks to protect human brains. The reason I know he’s not alone in this juggling act is that the UConn Health team heading to Mohegan Sun that afternoon included orthopedic surgeon Dr. Cory Edgar.

I know Edgar because he spent months overseeing the care of my husband when he broke both his shoulder blades in a construction accident.

All in a day’s work.