By Michael Lynch, philosophy professor and director of the Humanities Institute

By Michael Lynch, philosophy professor and director of the Humanities Institute

“The best lack all conviction,” William Butler Yeats noted, “while the worst are full of passionate intensity.” Rarely has the Irish poet’s famous warning against the perils of dogmatism seemed more apt. We are so deeply divided in this country that our disagreements extend past values, past even the facts, to the very meaning of what a fact is. As a result, many in the United States believe there is no point in talking to the other side. Why bother, when you already know you are right and they are wrong?

Democracies need passionate citizens. Without conviction, nothing gets done — either personally or politically. But we also need to listen to one another. That means more than just being civil or polite. Really listening means being open to the possibility that we could learn something from those with differing views, that our views can always improve, that we don’t know it all. That’s a kind of humility — what researchers call intellectual or cognitive humility.

Striking the right balance between this sort of humility and strong conviction is not easy. That’s partly because of certain facts about human psychology. Each of us is prone to both confirmation bias — we tend to agree with that which fits what we already believe — and the Dunning-Kruger effect — a tendency to think we are experts on subjects we in fact know little about. That is what makes teenagers so frustrating; they think they know it all. As Mark Twain wrote, “When I was a boy of 14, my father was so ignorant I could hardly stand to have the old man around. But when I got to be 21, I was astonished at how much the old man had learned in seven years.”

In that sense, we all struggle with our inner teenager all the time. We are certain we are right and that other folks don’t get it.

“The sheer amount of information available weirdly encourages informational overconfidence ... ‘evidence’ for any belief you have — I mean any belief — can be found on the internet.”

Arrogance Amok
The challenge of acknowledging our limits extends well beyond the political.

In 2007, for example, much of the financial industry knew that the strategy of bundling mortgages was only going to benefit investors, just as, a few years earlier, the “smartest guys in the room” knew that Enron was a safe bet of a company.

In both examples, the mistake was in confusing a heady mix of success and self-interest for expertise. That encouraged the thought that things were locked down, that nothing would go south, that the future would be as they were convinced it would be.

The same problem has occurred in the military realm, from the historic blunders of both Napoleon and Hitler in Russia, to the more recent assurances before the Iraq War that we knew that Iraq was developing weapons of mass destruction and had contributed to 9/11.

Even more dramatically, intellectual or cognitive arrogance defines many people’s religious lives, as they interpret their beliefs as the one true faith, granting them certain knowledge about not only the afterlife, but life here and now. This kind of unflinching certainty can lead to political violence, as testified by the sad trail of historical events from the Crusades to the Paris terrorist attacks.

Less dramatically but still harmfully, it is intellectual arrogance that causes people to think that they can put all religious believers in a box, assuming that all Christians are conservatives or every Muslim is a terrorist or a terrorist sympathizer.

Perhaps the most complex and intriguing example is in the realm of science. The scientific method embodies intellectual humility, the idea that we need to be open-minded toward the evidence. But across a variety of issues — from vaccines to evolution to climate change — many people ignore the evidence, preferring to stick with what they feel certain is true, even while claiming that the scientific establishment is doing the same thing. 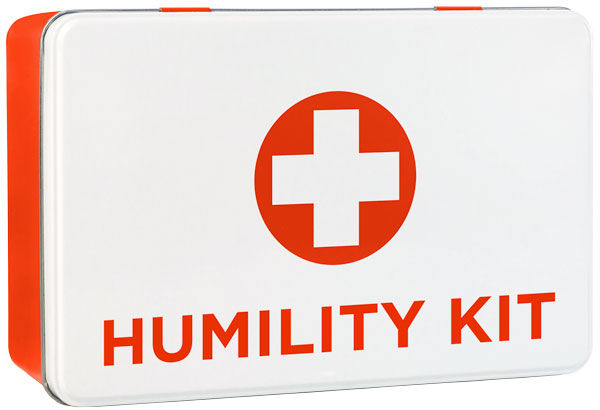 Fake News Fiasco
The challenge of overcoming our natural tendency toward unwavering conviction has only deepened with the increasing dominance of social media.

Our online life enables us access to a universe of information. Yet it also rewards, tweet by tweet, arrogance and hyper-defensiveness. The sheer amount of information available weirdly encourages informational overconfidence (“Just Google it!”), making us think we know more than we do. One reason for that is “evidence” for any belief you have — I mean any belief — can be found on the internet.

Another reason is that the wonderful freedom the internet brings enables us to curate our own politically tinged information bubbles and echo chambers. Our technology is facilitating, rather than compensating for, our natural human disposition to bias, overconfidence, and blind trust in authority. This is what has made the issue of fake news on Facebook and other social media platforms so effective and yet also so frightening.

Fake news sites go well beyond mere “click-bait” or the use of bombastic and misleading headlines to lure people in for commercial purposes. They play directly on bias by supplying false information that conforms to a person’s political views as expressed — perhaps only implicitly — by the trail of information they have left on the web. Marry this type of propaganda with a tendency to think your political viewpoint is perfect and you get a dangerous, reinforcing mix. We are always right — just ask us.

Humble Pie
This is why we need to investigate how to recapture a sense of intellectual humility. Such an investigation can’t be one-dimensional. It needs to draw not only on social science but also on the deepest lessons of the humanities. One such lesson — particularly salient, perhaps, in our present political environment —comes from Abraham Lincoln’s willingness to form a “team of rivals” in his cabinet.

Lincoln was imperfect, as all of us are, but he was a man of conviction — conviction strong enough to lead the country into war. Yet he combined that with enough humility to propose appointments that allowed for a hearing of views with which Lincoln himself often did not agree.

“This kind of unflinching certainty can lead to political violence, as testified by the sad trail of historical events from the Crusades to the Paris terrorist attacks.”

Hope
Our research project based at the Humanities Institute (see “Humility & Conviction in Public Life” at right) is aimed at combining many of the disciplines I mentioned here — psychology, philosophy, and history, to name just few — to address the problem of arrogance and its effect on public discourse.

A striking example of the promise of this research comes from an initial study run by our project this summer with Ben Meagher of Franklin & Marshall College and Hanna Gunn, Brendan Kane, Nate Sheff, Casey Johnson, and me at UConn.

Our question was whether exposure to research on implicit bias, intellectual humility, open-mindedness, and similar ideas, together with group work meant to help students model these ideas, would have any effect on students taking a philosophy course that explicitly dealt with divisive issues over ethics.

We tested both groups before and after the class using a measure designed to track behavior associated with open-mindedness and intellectual humility. The results at first seemed discouraging: the “humility group” ended up having stronger convictions than when they started, and they were more willing to defend their opinions, while the control group’s convictions lessened.

While this research is still in the early stages — more testing is needed — these initial results point to the promise of this project. They point to the possibility that we might be able to look past arrogance and balance democracy’s two competing values — humility and conviction — after all. 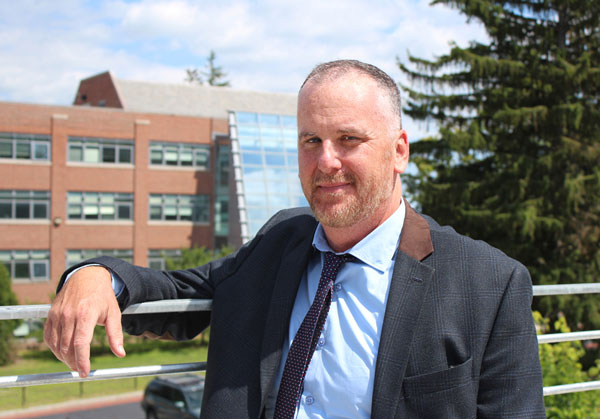 Michael Lynch, professor of philosophy and director of the Humanities Institute.

How can we balance our most deeply held convictions with humility and open-mindedness in order to repair public discourse? This is the central question guiding Humility and Conviction in Public Life, a UConn project investigating how intellectual humility — being aware of our own cognitive limitations and biases, and being responsive to the evidence — can promote healthier and more meaningful public conversation.

The three-year academic research and public engagement initiative led by Brendan Kane and me received a $5.75-million grant from the John Templeton Foundation.

Engagement activities include summer institutes for high school teachers on how to incorporate intellectual humility into the classroom (held jointly with UConn’s Thomas J. Dodd Research Center); a free and globally available online course on self-examination and public life; partnerships with public institutions and community groups in Hartford to practice humble dialogue over the divisive issues of our day; and a series of awareness-raising media initiatives.

Among its applied research activities are a visiting fellowship program hosting leaders from the academic, media, and nonprofit sectors; an international, competitive funding initiative to support interdisciplinary teams of researchers pursuing project themes; three research workshops hosted at UConn; and a partnership with UConn’s Mellon Foundation–funded “Scholarly Communications Design Studio,” which is looking at inventive, dynamic ways to get scholarly knowledge into the world at large.

The project is hosted by the UConn Humanities Institute, which has a long history of sponsoring both publicly engaged and interdisciplinary research. As such, the Institute is a natural mechanism for implementing a project that seeks to apply research in the social sciences and humanities for the purpose of elevating the tone and outcomes of public discourse in our society.

Stay Involved
To participate in, and stay informed about, the project, please consult its website at humilityandconviction.uconn.edu, where you can join events, keep updated on research, and learn how to connect to other people and organizations working to instill a greater sense of intellectual humility in our national conversation. — M.l.