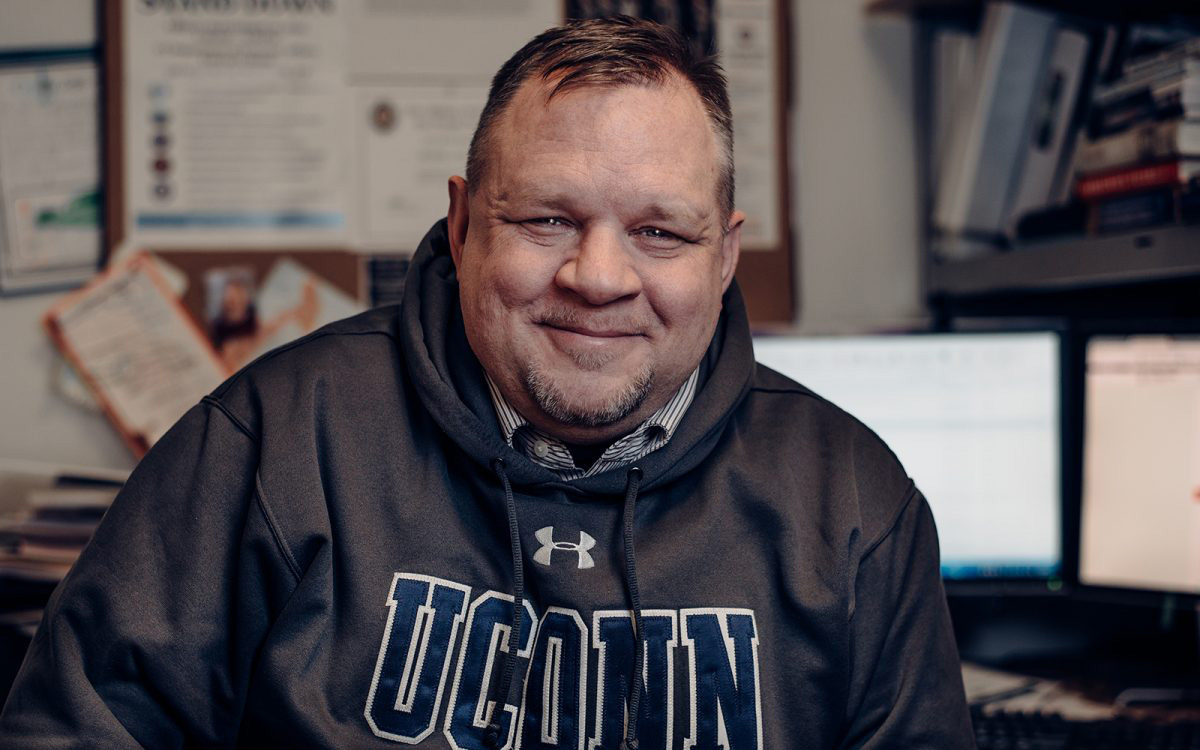 I met Michael Zacchea ’12 MBA when he came to my faculty office in UConn’s School of Business and introduced himself as the director of a new program to help veterans start and run small businesses. That program, Entrepreneurship Bootcamp for Veterans (EBV), was created in 2009 by Zacchea and Mike Wisniewski, who were UConn MBA classmates and fellow discharged Marines.

I learned during our meeting that Zacchea had been injured by a rocket-propelled grenade explosion in 2004 in the Second Battle of Fallujah in Iraq. My respect instantaneously went to the “in awe” level. Zacchea also said that he suffered a traumatic brain injury as a result of the blast. I learned later that, as he lay unconscious and exposed to enemy fire, three Marines broke cover under fire and pulled him to safety. He never learned their names and could thus never thank them.

Later, I found a video interview online in which Zacchea told about overcoming huge bureaucratic hurdles in Washington to get an Iraqi interpreter into the states. The person, who otherwise would have been killed for working with Americans, stayed in Zacchea’s home for some time. My awe was elevated.

After its publication in 2017, I read Zacchea’s memoir, “The Ragged Edge: A US Marine’s Account of Leading the Iraqi Army Fifth Battalion.” He tells how, as a major in the Marines, he overcame huge challenges to successfully train and lead into combat a battalion of Iraqi soldiers. To do so, he learned Iraqi culture. Shiites and Sunnis put aside differences under his leadership. He and his soldiers became devoted to one another. My awe grew substantially each of the three times I read the remarkable story.

Veterans Outreach at the School of Business (EBV)

UConn’s EBV program has over 220 graduates, who have launched more than 180 businesses, produced more than $150 million in gross revenues, and created more than 430 jobs. To date, 34 graduates have found ­career-track, full-time employment, and 21 have accessed career-track educational opportunities.

A few years into the EBV’s operations, I attended an annual graduation dinner. I saw that evening that Zacchea’s EBV program was about much more than providing skills to start and run a business. I observed powerful love for Zacchea from each and every graduating veteran. Moreover, there was obvious love among all the graduates. Subsequent graduation dinners were the same. The event has always been profoundly emotional and made a deep impression on me.

Mike gave unlimited time to each EBV veteran, during the program and after. It seemed like, in return for being saved in Fallujah, Mike was determined to save each of them — from post-traumatic stress disorder and suicide. And his love and leadership inspired them to help save one another. In this way, UConn’s EBV program became a huge success. And Mike’s efforts went way beyond the EBV program. He was very involved at the state and national levels in other veteran programs, humanitarian efforts in Ukraine, and helping to shape state and local politics.

Mike unexpectedly passed away in April 2022. It was a shock. The beloved EBV director was 53. Like many veterans of 21st century American conflicts, a “quiet wound” resulted in him making the ultimate sacrifice for serving his country. His was renal cancer, a common veteran ailment that likely is the result of proximity to burn pits. Mike will, fittingly, be buried in Arlington National Cemetery with full military honors.

Mike always signed his correspondence with the Marine motto, Semper Fi (always faithful), and he lived by that motto 24/7. On Memorial Day this year, a few weeks after he died, I thought about Mike a lot. I wondered — have I known anyone greater? Given the EBV leadership I witnessed and what I read in his book, I realized that I indeed now regard Mike Zacchea as the greatest person I have ever known.

The UConn Entrepreneurship Bootcamp for Veterans with Disabilities

UConn’s award-winning Entrepreneurship Bootcamp for Veterans with Disabilities program gives back to our veterans, who have sacrificed so much for our country. A community of dedicated faculty, staff, and alumni empower veterans with entrepreneurial skills and help disabled vets work through physical limitations, psychological challenges, and social obstacles. 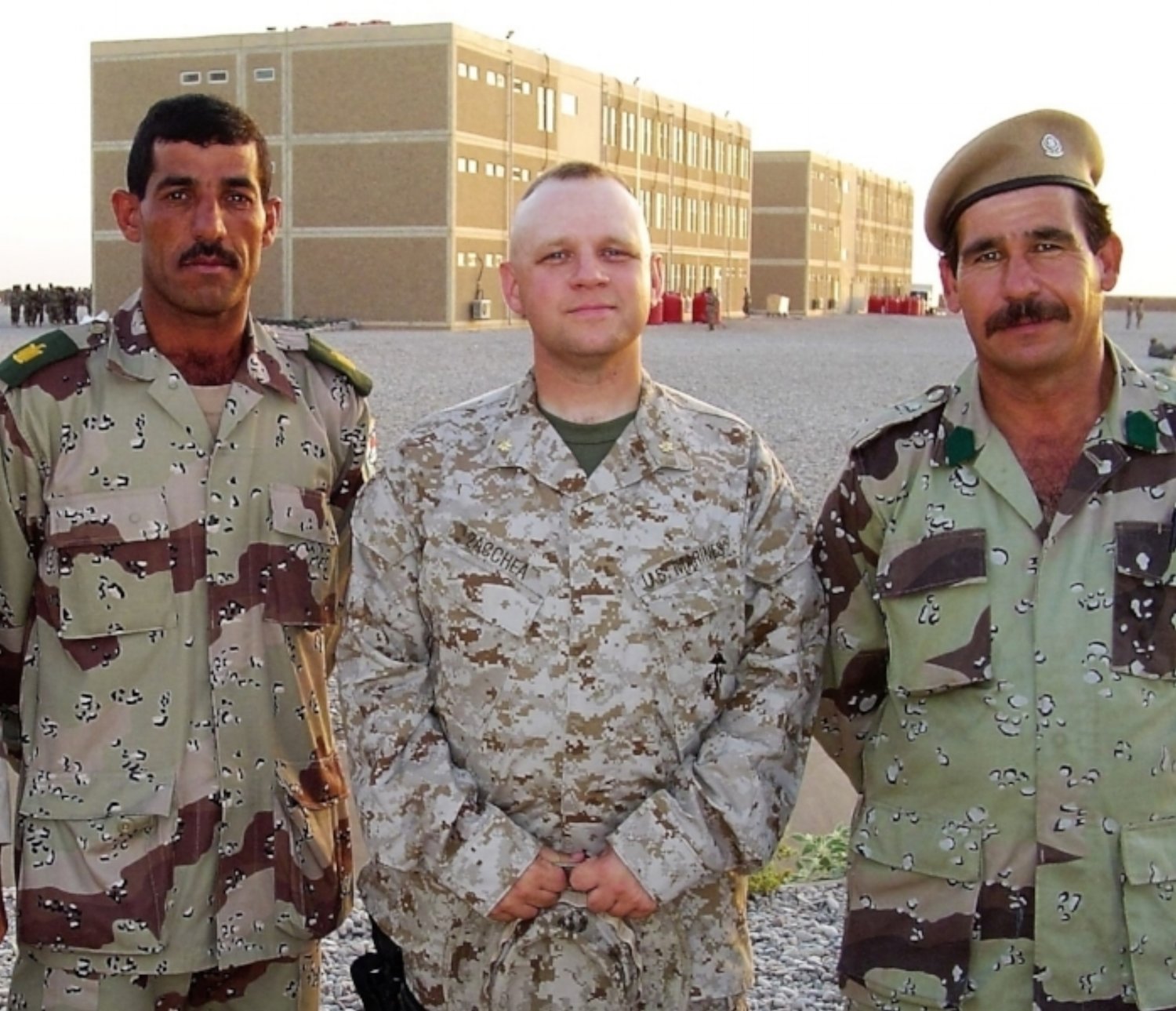